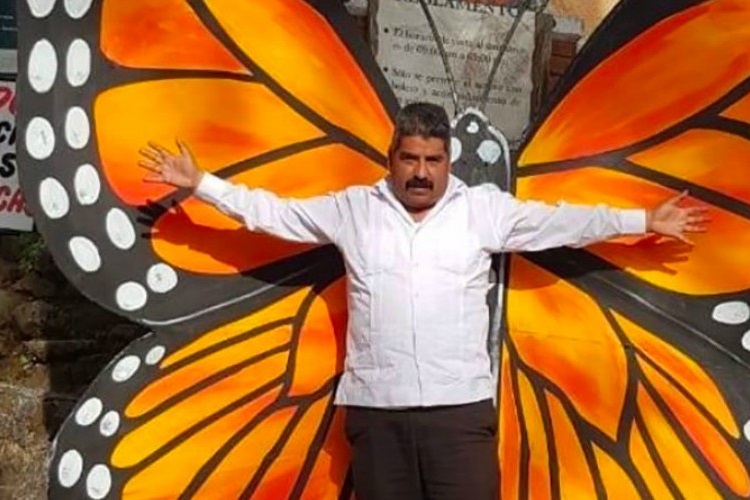 Mexican conservationist Homero Gómez González was found dead Wednesday, about two weeks after he was reported missing, provoking a wave sorrow from allies and advocates worldwide as they honored his work running a butterfly sanctuary in the state of Michoacán.

“Authorities found Gómez González’s body floating in a well in the community of El Soldado de Ocampo, not far from the butterfly sanctuary,” according to the Washington Post. “Authorities told local media outlets that his body did not show any obvious signs of violence. But Gómez González’s friends didn’t have any details.”

As Common Dreams reported last week, human rights advocates have expressed fears that Gómez González may have been targeted because of his activism by those involved in the local illegal logging industry, and the 50-year-old butterfly defender’s family told the media that he had received threats from a criminal organization.

A sad day today as we've learned we lost a global champion for conservation — one of the most prominent defenders of the monarch butterfly.

Gómez González was reported missing by his family on Jan. 14, a day after he attended a meeting in the village of El Soldado. BBC News noted Thursday that “more than 200 volunteers had joined the search for the environmentalist and, last week, the entire police forces of Ocampo and neighboring Angangueo were detained for questioning.”

The conservationist often posted videos to Twitter from the El Rosario sanctuary, which is located in the Monarch Butterfly Biosphere Reserve, a UNESCO World Heritage site. Millions of monarch butterflies travel thousands of miles across North American to arrive each autumn in the mountainous region of Mexico, where they remain until spring. Local illegal logging has long threatened the butterflies.

A Global Witness report from last year named Mexico the world’s sixth-deadliest country for eco-defenders, part of “a worrying global trend” of environmentalists risking their safety by facing off against “governments, companies, and criminal gangs [that] are routinely stealing land and trashing habitats in pursuit of profit.”

Some responses to Gómez González’s death on social media highlighted the rising threats to those involved in conservation work and environmental activism.

Actually doing the work of protecting the environment we live in often means threatening the most powerful and vicious people on the planet. It means putting your life, livelihood, and/or freedom on the line. https://t.co/it9IXdVPw7

A shocking number of environmental activists have been killed lately, and this one is particularly painful. Homero Gómez did amazing work protecting & raising awareness around the incredible overwintering of monarch butterflies in Mexico https://t.co/YWYv8S8kh6

A reminder of the risk and danger faced by environmental activists all over the world. Many activists put their lives on the line to protect forests and habitats.

“It’s been a fight to maintain it,” he said. “And it hasn’t been easy.”https://t.co/ZiWJWEclVu

“Illegal logging is one of the most lucrative environmental crimes. It’s also one of the biggest drivers of killings of #environmentdefenders,” tweeted Ali Hines, a land campaigner at Global Witness. “Homero Gómez González’s death must be independently investigated.”