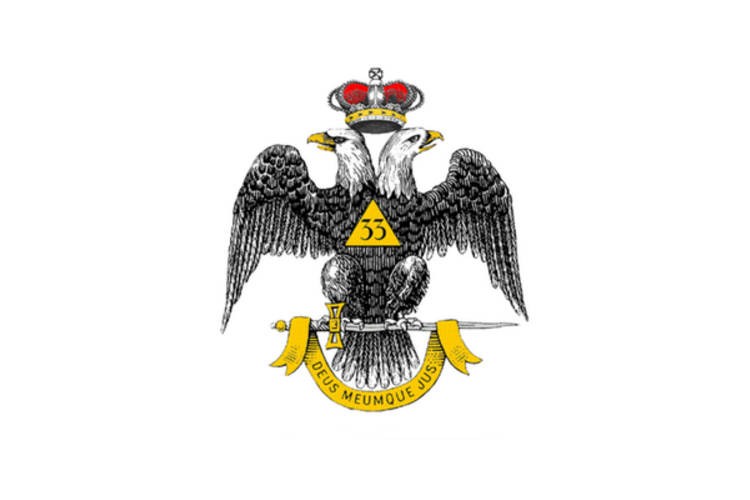 “There are sacraments of evil  as well as good about us, and we live and move to my belief in an unknown world, a place where there are caves and shadows and dwellers in twilight. It is possible that man may sometimes return on the track of evolution, and it is my belief that an awful lore is not yet dead.” Arthur Machen.

Order out of chaos is known as the Hegelian Dialect after the philosopher Georg Hegel who described it as: Thesis – anti-thesis – synthesis or problem-reaction-solution. Hegel postulated that the establishment elites or Illuminati had a strategy to control the masses through deliberately created division. They first create a problem or crisis that causes the people to react with fear and demand a solution. Then offer a solution which was already pre-determined before they started the crisis. And it appears that the solution always results in more power for them and less freedoms for us.


Using fear as a weapon, the elite push their end-game agenda which is full spectrum dominance of humanity. Through manufactured crisis after crisis they achieve their goals, objectives that would not have been possible under normal circumstances. This tip-toe to tyranny is speeding up to a run and we had better be spiritually ready when the real shit hits the fan.

“You never want a serious crisis to go to waste. And what I mean by that is an opportunity to do things you think you could not do before.” Rahm Emanuel


The beginning of tyranny

Our reality is changing…countries and cities on lockdown. People confined to their homes. Troops on the street. Panic buying and scarcity….

We are at siege point, frightened and uncertain for our futures. Many are desperate for information and are glued 24/7 to their tv’s, computers and phones. But the mass media deals in lies and fear is in the air.

We are being locked down and traumatized because a cold virus has killed 27,000 people at the present count when regular flu kills 200,000 people plus each year. I find this bizarre.

Perhaps this manufactured crisis is designed to bring world economies to their knees and give the elite a chance to implement a new digital currency for their new paradigm….their New World Order. The Luciferian plan for world domination has been in the works for a very long time.

“By the pricking of my thumbs something wicked this way comes.”

To me it appears that the ‘Crown’ virus is a psychological exercise. The satanic elite don’t need to start a real pandemic. We are in such a media induced coma that they can control us by fear.

Does a super cold really warrant such hysteria and panic? Or is there another agenda?

The corona or ‘crown virus’ could well be a power grab by the elite. A live drill to see how the public respond to their ‘pandemic’ and to test how easy it would be to steal what is left of our freedoms. They are prepping us for the real thing. Push has come to shove for them…they are desperate.

As the old age dies the electromagnetic suppression of our  psychic centres, the 6th and 7th chakras is failing – running out of juice. And, as the energetic shackles fall away, our pineal gland and crown chakra are opening. We are coming online to spiritual reality, waking up en masse and changing our perspective of this ‘whirled’. Higher vibrations flood our consciousness, and we are repulsed by the idea of devouring the dead like a pack of  ghouls…. and tired of wasting our energy in the fickle game of duality. See my article http://www.heartstarbooks.com/the-art-of-neutral/

And, while violence on many levels is increasing, for more and more people the practice of cruelty is becoming impossible. The animal rights movement and the adoption of a vegan diet Gen.1 v29 are symptoms of profound spiritual awakening.

The elite can’t have an informed population. They know they have to stop our awakening in its tracks because once we regain our spiritual power they will be helpless and will be seen for the parasitic scumbags that they are. So they constantly sow the seeds of division in our lives, they dumb us down with trauma, toxins and distraction. Tie up our minds in electro-magnetic mesh us so we don’t escape the farm. We are their herd of sheep and just like the sheepdog they will bite at our heels to make us afraid so we comply with whatever they want to ram down our throats.

Chaos is deliberately created to slow down our vibrations, lock us into the matrix so that we cannot resonate with the ascension frequency on offer at the end of each Grand Cosmic Year.  Constant warfare, false flags, ‘pandemics’, 5G, vaccines, fluoride in our water, chemical trails and gmo foods…it’s all beginning to make sense. The velvet gloves are off and we are now confronted by  an iron fist.

When an Age passes there is a reset before the next Age can begin. When I talk of Ages I mean the twenty six thousand years that make a Grand Cosmic Year not the zodiacal ages of 2,160 years. In order to bring in the New Age or the New World Order a new matrix has to be created. And, what are we seeing?  Geo-engineering and the spraying of our skies with aluminum, strontium and barium, particulates that are poisonous to life. 5g  being rolled out and thousands of satellites being launched. Coupled with ground based haarp machines they are creating an electro-magnetic grid across our world and will through some manufactured crisis force us via a micro chip into the grid and the new matrix. Then the game will start again.

Maybe I’m crazy (grins)  but this ‘what if’ has been niggling away at me for a while. Let’s have a look at a virtual reality game and see the similarities in our own reality

“We create the World of Warcraft, a digital virtual reality and one day when are computers are smart enough and we understood the nature of consciousness enough, we’ll have consciousness in our computers.” Tom Campbell.


I think there are computers with consciousness and I think we exist inside one of those AI programmes. We call it the matrix.

A Different Perspective of Reality

The virtual reality game the World of Warcraft is in many respects, a parallel of our own reality. Our avatars; our units, our elves and orcs in the video game are chess pieces on a board to be used for whatever purpose by the programmer. And, just like the elf or orc, we too are players in a multi player game. The game of opposites: ‘me versus you’, and ‘us versus them’.

The Constraints of the Matrix

Just as an elf or an orc in a virtual reality game has to operate within parameters and constraints set by the ‘controller’ in their ‘rule set’… so do we. Natural Laws govern how high we can jump, how fast we can run, how long we can hold our breath underwater, etc. If we drive a car at a mountain, we will crash into it because our body software interprets the frequency of the mountain as a solid, and while we are immersed in the game, we are slaves to the limitations of our senses. Just as in the game of Warcraft, our elf and orc cannot run through a tree unless programmed to do so.

The digital game feels objectively real to the game player, in the same way that the physical world feels real to us. Einstein basically called life: a persistent illusion.

Do we live in a computer simulation?

Connecting to a Different Data Base

The shift of Ages is breaking out of the limitations of the programmer, and the virtual reality we are enmeshed in and hypnotised by. If we can dump our conditioning of what is real and what is not, dump the beliefs we have actualised[the physicality of things] we can with intent, connect to a different data base, another time line, another virtual reality that is vibrating faster than our own.

If we want to take the opportunity that is on offer in the reset of the Virtual Reality Game then it follows we will try and help ourselves…see what works, be open to imagination.

Many of us are breaking out of conditioning, trying something new and are actually participating in our own spiritual evolution. The important thing for us to do in this miasma of confusion is not to be idle, but to act from the heart and take the growth of consequence that naturally follows action.

We were born for this experience and Source Creator has given us the tools to wake up and stay awake. Let us journey inward and stop looking for answers outside of self. We are multi dimensional beings throwing off the shackles of fear and servitude and our mission is to vibrate self out of this counterfeit, sacrificial world.

Much love to you.

Until next time stay centred in the heart and do not be afraid.