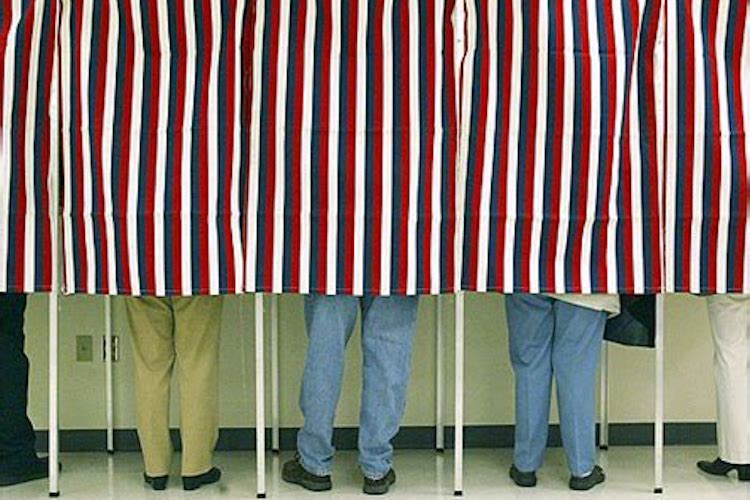 The vote-shaming engines have predictably kicked into high gear in America as the presidential election approaches, with shitlib pundits like Bill Maher doing their part to paint third-party voters as the most toxic people in the world.

Which is of course ridiculous. I have no strong opinions about how Americans should vote in November, but it’s obvious that in terms of toxicity third-party voters are not on the list of people who are worthy of criticism. The dire situation humanity now finds itself in under the leadership of the US hegemon is not the fault of a small fringe faction which doesn’t want to support oligarch-coddling ecocidal warmongers, it’s the fault of those who help preserve America’s oligarchic ecocidal warmongering status quo.

Contrary to the stock template lines that establishment spinmeisters are regurgitating to bully the left into submission, here are 21 things which are in fact a lot more crazy, selfish, stupid and privileged than voting third party:

1. Supporting a two-headed one-party system in the most powerful government on earth which has plagued our planet with endless war and ecocide and marched humanity to the brink of extinction.

2. Continuing to support a political system which is wholly owned and operated by the wealthy, leaving zero effective influence over US policy in the hands of ordinary Americans and immense influence in the hands of the very rich.

3. Continuing to support a system which consistently deceives the American people into consenting to oppressive neoliberal exploitation at home and bloodthirsty neoconservative warmongering abroad, both of which always hurt the most impoverished and disadvantaged groups worst.

4. Continuing to support a two-headed one-party system where one head always pushes as far to the right as possible when in power and the other head never moves things back leftward even one iota when it is.

5. Continuing to support a political establishment which rehabilitates war criminals like George W Bush, Bill Kristol, David Frum and John Bolton while demonizing anyone who refused to vote for a warmonger.

6. Supporting a political party which has been consistently attacking Donald Trump from the right on foreign policy, pushing him to escalate cold war tensions with Russia further and further and shrieking hysterically if he makes the slightest move toward deescalation anywhere.

7. Supporting a political party which is designed to co-opt all leftward populism and railroad it into support for an establishment which promotes war and oligarchy while depriving Americans of the same social safety nets afforded to everyone in every other major country on earth.

8. Supporting a party which claims to support press freedoms while cheerleading Trump’s extradition of Julian Assange, a move which if successful will cripple press freedoms around the globe and make it impossible to hold the world’s most powerful government to account.

9. Supporting a political party which has spent Trump’s term galvanizing its base around the psychopathic CIA and J Edgar Hoover’s minority-oppressing, left-punching FBI while doing everything it can to stamp out any leftist zeitgeist within its ranks.

10. Continuing to support a mass media structure which works every day to deceive Americans into supporting their own impoverishment while weapons of war are spread across the planet at massive expense.

11. Supporting a political establishment which promises slow, incremental change and actually delivers no change whatsoever while our species slides off the cliff of extinction, taking out the most impoverished and marginalized first.

12. Pretending foreign policy just doesn’t exist, or if it does exist pretending Joe Biden isn’t a lifelong warmonger who has spent his entire campaign attacking Trump for being insufficiently hawkish in most spheres of international conflict.

13. Ignoring the fact that both parties are working in support of world-threatening cold war escalations against both Russia and China, a multifront campaign whose complexity increases the probability of something going cataclysmically wrong even more than the last cold war.

16. Pretending Obama, who destroyed Libya, devastated Syria, facilitated the rape of Yemen, intervened in Ukraine, maintained and expanded all of Bush’s most depraved policies and did nothing for the people who elected him, was a good president.

17. Continuing to support a political system where everything keeps getting worse no matter which oligarchic puppet Americans elect.

18. Putting your head in the sand and pretending everything will be fine once a Democrat is in charge, again.

19. Supporting a novelty joke party with fake primaries which are always rigged to ensure victory for the safest oligarchic puppet instead of pushing for something resembling actual democracy.

20. Promoting the lie that if you just keep doing something that has never, ever worked, this time it might produce different results.

21. Lulling people back to sleep when the only thing that can help ordinary people is for them to start waking up and using the power of their numbers to force drastic, revolutionary change.

It’s easy to advocate incrementalism when you’re not living hand to mouth. It’s selfish to think that acting on climate change can be rolled out over many decades so as not to upset the corporate donors of your favorite politicians. It’s the height of entitlement to close the door to progressives inside the Democratic Party and then throw a shit fit when they vote for another party. It’s hypocritical to hyperventilate about election-rigging Russians while secretly, and then openly, rigging primaries against progressives.

Supporting the continued existence of a fake two-party system which advances exploitative agendas hurts the most vulnerable populations in America and in the entire world. Acting self-righteous because you actively support that system while spitting on the people who are trying to change it is selfish, is stupid, is hypocritical, and is a mark of extreme privilege.