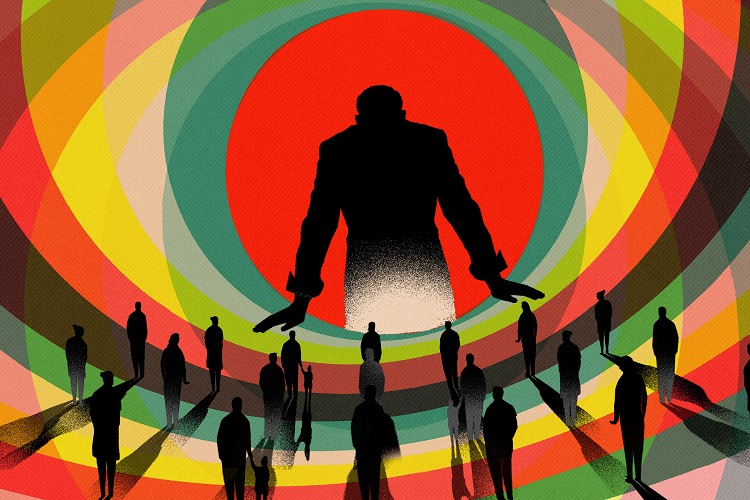 I don’t know if you have been paying attention or not, but a lot of police organizations across the U.S. have been using what are known as “heat lists” or pre-crime databases for years. What is a “heat list,” you may ask?

Well, “heat lists” are basically databases compiled by algorithms of people that police suspect may commit a crime. Yes, you read that right a person who “may” commit a crime. How these lists are generated and what factors determine an individual “may commit a crime” is unknown. A recent article by Tampa Bay Times highlights how this program in Florida terrorized and monitored residents of Pasco County and how the Pasco County Sheriff Department’s program operates.

According to the Times, the Sheriff’s office generates lists of people it considers likely to break the law, based on arrest histories, unspecified intelligence, and arbitrary decisions by police analysts. Then it sends deputies to find and interrogate anyone whose name appears, often without probable cause, a search warrant, or evidence of a specific crime.

This program according to the Times has been operating since at least 2011. The program introduces a social credit system. It gives people scores based on their criminal records. People get points each time they’re arrested, even when the charges are dropped, and they even get points for just being a suspect of a crime.

The deputies then make frequent – potentially even daily – visits to those with higher scores in the heavily flawed pre-criminal system.

Activists and journalists sued the Chicago Police Department in 2017 for failing to disclose how these programs operate, as Activist Post reported.

This heat list idea in local law enforcement actually originated in Miami then was rolled out in Chicago. However, Activist Post may have missed other cities that gained less media attention; and as this writer will discuss shortly, the idea comes from a federal database.

A paper released last year by MIT entitled “Technical Flaws of Pretrial Risk Assessments Raise Grave Concerns” has been signed by some of the highest level university experts in the field of A.I. and law who warn about the “technical flaws” of these pre-crime based systems, Activist Post reported.

Fortunately for us, as Nicholas West noted, the pushback has already started in several cities, and a few police departments have dropped their programs after becoming aware of the inaccuracies. In 2018, for example, New Orleans suspended its 6-year running pre-crime program after its secret predictive policing software was exposed.

The scariest part of all this is that the New Orleans and LA police departments were actually both linked to Palantir Technologies, which directly works with the CIA and is suspected of being the current fork of PROMIS Main Core software. PROMIS pre-dates all of these local police heat lists, with algorithms that put suspected “domestic terrorists” into their own round-up lists, created at first by Oliver North for President Ronald Reagan and Vice President George H.W. Bush under FEMA’s Readiness Exercise — 1984 (REX-1984.)

The use of Palantir’s pre-crime algorithm software posits that other police departments may be utilizing the same software for their own pre-crime programs. Palantir is also the same company working with the U.S. Immigration and Customs Enforcement agency on its own lists to catch illegal immigrants, as Activist Post and investigative journalist Barrett Brown originally reported.

You may remember Palantir from journalist Barrett Brown, Anonymous’ hack of HBGary, or accusations that the company provided the technology that enables NSA’s mass surveillance PRISM which is the successor to PROMIS. Palantir’s software in many ways is similar to the Prosecutor’s Management Information System (PROMIS) stolen software Main Core and may be the next evolution in that code, which allegedly predated PRISM. In 2008, Salon.com published details about a top-secret government database that might have been at the heart of the Bush administration’s domestic spying operations. The database known as “Main Core” reportedly collected and stored vast amounts of personal and financial data about millions of Americans in the event of an emergency like Martial Law.

PROMIS was forked into many reported use-cases for the U.S. government, including an intelligence application on board nuclear submarines of the United States and Great Britain, and the use by both the U.S. government and certain allied governments for inventory tracking of nuclear materials and long-range ballistic missiles. But the most bizarre and frightening use was to keep track of dissident Americans under Main Core.

Trump’s administration has now expanded that effort for local police and federal officials with a national security watchlist that includes Americans who have no connection to terrorism. The new TOC (Transnational Organized Crime) watchlist, was authorized through a classified Attorney General order and launched in 2017, as Activist Post reported.

The TOC database allows the government to track and monitor Americans without a warrant, even when there is no evidence they’re breaking the law. Also, anyone who is considered to be an “authority”  – be it police to state and federal agencies, and even some allied foreign governments – can nominate any single person to the list.

The Main Core database isn’t just a rumor or conspiracy theory; PROMIS software was used by Iran-Contra fall guy then-National Security Council, Lt. Col. Oliver North to create the dissidents list for Rex-84 that would later evolve to Main Core. North used PROMIS software in 1982 in the Department of Justice, and at the White House, to compile a list of American dissidents to invoke if the government ever needed to do so under Ronald Reagan’s Continuity of Government (COG) program as a liaison to FEMA.

In 1993, Wired described North’s use of PROMIS in compiling the Main Core database:

Using PROMIS, sources point out, North could have drawn up lists of anyone ever arrested for a political protest, for example, or anyone who had ever refused to pay their taxes. Compared to PROMIS, Richard Nixon’s enemies list or Sen. Joe McCarthy’s blacklist look downright crude.

This writer wrote extensively on Main Core and PROMIS in an investigation on the cover-up of stolen Inslaw software and murders of journalists Danny Casolaro and Anson NG Yonc, CIA intelligence operative Ian Spiro and NSA employee Alan Standorf. See: “Octopus PROMIS: The Conspiracy Against INSLAW Software, And The Murders To Cover Up A Scandal Bigger Than Watergate.”

The TOC list includes — “Insider threats,” which is relevant to leakers like Chelsea Manning and Edward Snowden, and journalists leaking these secrets like Julian Assange. In fact, last February, FBI Director Wray told the House Judiciary Committee that the Bureau had expanded initiatives “to focus on insider threats partnering with TCO [transnational criminal organization] actors.” This is a statement that is being re-echoed from 2017, when Wray stated a similar comment mentioning TCOs during a House meeting.

While presidents change, the leadership under them inside agencies only sees a shift by the replacing of the heads of the agencies. However, policies and stigmas inside stick with those in the intelligence community. In fact, Trump’s government, U.S. National Counterintelligence, and Security Center (NCSC) stressed in its latest report that hacktivists “Anonymous” and “public disclosure organizations” like WikiLeaks pose a “significant threat” similar to that of the Islamic State and Al-Qaeda terrorists, as well as Russia, Iran, and China.

Obama’s DHS didn’t hesitate to call those who believe in conspiracy theories potential right-wing terrorists, stating that the following points might make someone a terrorist in a study by the University of Maryland, which was funded in part by the Department of Homeland Security.

Palantir was founded with early investment from the CIA and heavily used by the military, and Palantir is a subcontracting company in its own right. The company has even been featured in the Senate’s grilling of Facebook, when Washington State Senator Maria Cantwell asked CEO Mark Zuckerberg, “Do you know who Palantir is?” due to Peter Thiel sitting on Facebook’s board.

According to DHS, “Fusion centers operate as state and major urban area focal points for the receipt, analysis, gathering, and sharing of threat-related information between federal; state, local, tribal, territorial (SLTT); and private sector partners” like Palantir. Further, Fusion Centers are locally owned and operated, arms of the “intelligence community,” i.e. the 17 intelligence agencies coordinated by the National Counterterrorism Center (NCTC). However, sometimes the buildings are staffed by trained NSA personnel like what happened in Mexico City, according to a 2010 Defense Department (DOD) memorandum.

This is only the beginning of the fight, and it’s going to be a long battle drawn out to prevent the use of this technology, not just here in the U.S. but worldwide as well. There’s no telling how long these projects have been active, and trusting police to honestly tell us is like trusting the wolf guarding the henhouse. For more articles on artificial intelligence predicting criminals, see Uri Gal’s hilarious and honestly titled article: “Predictive Algorithms Are No Better At Telling The Future Than A Crystal Ball.”