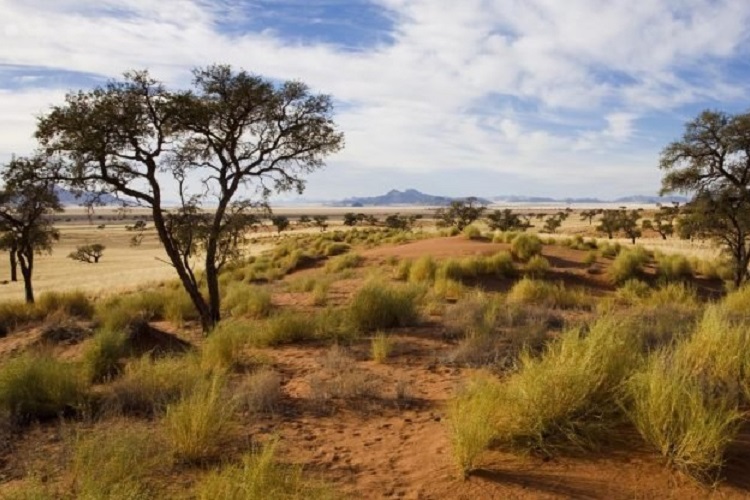 A vast swathe of the Amazon is teetering on the brink of disaster and risks crossing the tipping point of transforming from a closed canopy rainforest teeming with life to an open savannah with few trees as climate conditions deprive the region of rainfall and effectively kill its unique ecosystem, scientists have warned.

Rainforests are extremely sensitive to even the slightest changes in rainfall and moisture levels, and extended periods of drought and fire can be devastating in areas that rely on rain for sustenance. In the Amazon, such conditions would transform the lush rainforest into a semi-arid savannah-like mixture of woodland and grassland while also boosting the risk of fire.

While such dramatic changes to the Amazon were believed to be worst-case scenarios that could happen decades away, a team of Europe-based scientists warned on Monday that the tipping point is now dangerously close.

A new study published in the journal Nature Communications found that as much as 40 percent of the existing Amazon rainforest is already seeing so little rainfall that it could exist as a savannah-like environment, deprived of its canopy-like tree coverage and with far less biodiversity.

Researchers at the Stockholm Resilience Center used computer models and data analysis to stimulate the effect of continued climate change resulting from emissions from burning fossil fuels from now until the end of the century to find the results.

Rainforests typically create their own rainfall through water vapor, which then sustains and even extends the reach of tree levels.

However, when rain levels plummet, forest land also begins to fade away and degrade – resulting in a drier landscape that becomes more susceptible to the ravages of fire, drought, and ultimately, total deforestation.

The situation in the Amazon has only grown worse as Brazilian President Jair Bolsonaro has stubbornly pushed forward the opening of the rainforest to economic development, unleashing a wave of human-caused fires meant to illegally clear one of the region so that it can be exploited by miners, cattle ranchers, loggers, and big agricultural interests.

This year’s fires in the Brazilian Amazon are the worst in a decade, marking a dizzying 60 percent rise in fire hotspots compared to last year’s infamous blazes.

The rainforest is so delicate that even the most subtle changes in climate conditions can have an outsized impact on the ecological balance of the environment, said the study’s lead author, Arie Staal.

“As forests grow and spread across a region, this affects rainfall,” he told The Guardian. “Forests create their own rain because leaves give off water vapor and this falls as rain further downwind. Rainfall means fewer fires leading to even more forests.”

However, the loss of large areas of rainforest mean a precipitous drop in rainfall levels across the region.

“Drier conditions make it harder for the forest to recover and increase the flammability of the ecosystem,” Staal said.

At that point, the rainforest crosses a threshold and converts into a savannah-type environment – a conversion that is difficult, if not impossible, to reverse.

“It is harder to return from the ‘trap’ caused by the feedback mechanism in which the open, grassy ecosystem is more flammable, and the fires, in turn, keep the ecosystem open,” Staal said.

Experts have warned that the Amazon rainforest is a crucial barrier to the catastrophic breakdown of global climate conditions. Without the Amazon rainforest, carbon dioxide (CO2) emissions could become out of control and drive global warming to intolerable levels while the change in rainfall patterns could impact the entire Western Hemisphere.

Tragically, the loss of rainforests like the Amazon would also entail the extermination of a huge portion of global species.

“We understand now that rainforests on all continents are very sensitive to global change and can rapidly lose their ability to adapt,” said study co-author Ingo Fetzer of the Stockholm Research Center. “Once gone, their recovery will take many decades to return to their original state. And given that rainforests host the majority of all global species, all this will be forever lost.”