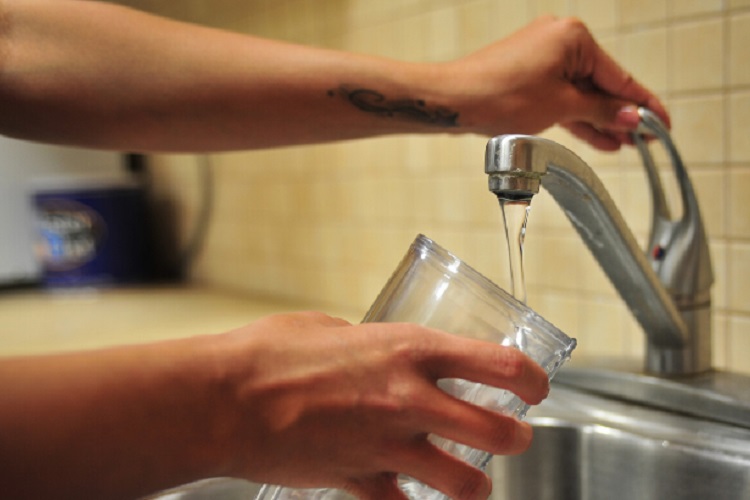 Fluoride exposure may be associated with changes in the pineal gland which affect sleep cycle regulation among older adolescents, according to new research from the Icahn School of Medicine at Mount Sinai. Another study published in the journal Environment International found that exposing infants to increasing levels of fluoride in tap water may result in diminished non-verbal intellectual abilities, with a stronger effect found among formula-fed children.

These two studies are only the latest research produced in recent years which call into question the safety of water fluoridation.

The Mount Sinai team examined data from the National Health and Nutrition Examination Survey looking for adolescents who had measurable amounts of fluoride in their water and plasma. The researchers were investigating the relationships between fluoride exposure and self-reported sleep patterns. The researchers state that their study is the first to explore the connection between fluoride and sleep patterns in humans or animals. A sample of adolescents at an average age of 17 who live in the United States was used for the study due to the nation’s water fluoridation program.

While fluoride has been regarded as a major public health achievement, the toxin accumulates in the pineal gland where melatonin is produced, according to the researchers. Melatonin is the hormone responsible for regulating the sleep-wake cycle.

“Our findings also showed that fluoride exposure may be associated with shifts in the sleep-wake cycle, as higher water fluoride concentrations were associated with later weekday bedtime and wake time, but not sleep duration,” the researchers explain in Environmental Health. The researchers caution that additional studies must to be conducted “in order to investigate the effects of fluoride on sleep patterns and to identify windows of vulnerability for potential effects.”

Meanwhile, another team of researchers published the study “Fluoride exposure from infant formula and child IQ in a Canadian birth cohort,” examining the association between fluoride exposure in infancy and intellectual ability in children who lived in fluoridated or non-fluoridated cities in Canada. The researchers note that infants who consume formula reconstituted with fluoridated water are likely to have an excessive fluoride intake while breastfed infants tend to receive a very low intake of fluoride.

The team compared IQ scores in 398 children who were formula-fed versus those who were breastfed during infancy. They found that “IQ scores were lower with higher levels of fluoride in tap water“ and the effects were “more pronounced among formula-fed children, especially for nonverbal skills.” In an earlier version of the study the researchers concluded, “These findings indicate the possible need to reduce fluoride intake during pregnancy.”

This study is not the first to identify an association between exposure to fluoride and lower IQ in children.

In 2012, researchers from Harvard School of Public Health (HSPH) and China Medical University in Shenyang published a meta-analysis in Environmental Health Perspectives which found strong indications that fluoride may adversely affect cognitive development in children. The authors warned that this risk should not be ignored and that more research on fluoride’s impact on the developing brain is necessary.

The Mind Unleashed will continue to monitor future findings on the health impacts of fluoride.

Background: What is Fluoride?

The substances added to municipal water supplies known by the name fluoride are actually a combination of unpurified byproducts of phosphate mining, namely hydrofluorosilicic acid, sodium fluorosilicate, and sodium fluoride. In the United States, thousands of tons of fluorosilicic acid is recovered from phosphoric acid plants and then used for water fluoridation. During this process the fluoride ion is created.

This process of taking waste from the phosphate industry and putting it into drinking water has long been criticized for its effects on human health and that of the environment. It is well known that water fluoridation has led to dental fluorosis for millions of children. This discoloring of the teeth was called “cosmetically objectionable” by the Centers for Disease Control. But beyond the cosmetic effect there have been a number of studies indicating health issues ranging from arthritis, brain problems, reduced thyroid or overactive  thyroid, kidney problems, and bone cancers.

While proponents of water fluoridation have long pointed to an apparent drop in tooth decay in fluoridated nations as proof of its validity, those claims have been proven wrong by the World Health Organization (WHO). While the Center for Disease Control and Prevention has stated the fluoride in the water is directly related to better teeth quality, the WHO released its own study showing that tooth decay rates have dropped in all western nations, whether water is fluoridated or not.

The reasons for opposing water fluoridation include: fear of a variety of health concerns; the belief that it is forcibly medicating the population without their approval; financial waste; and environmental concerns related to phosphate mines where the chemical is found.