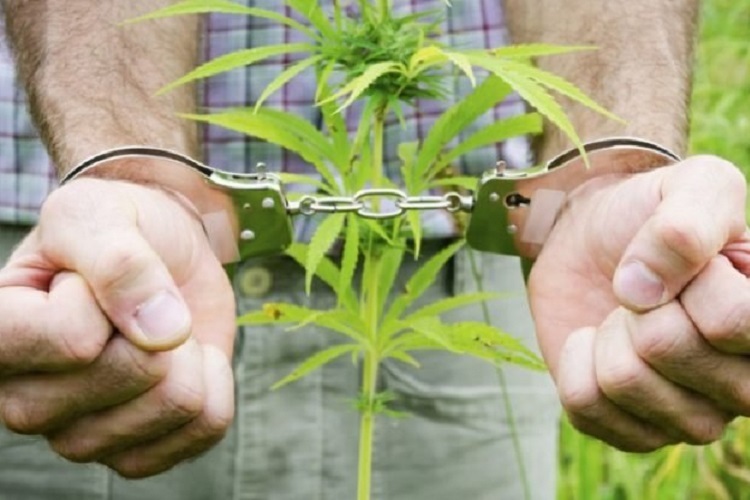 With legal recreational and medical cannabis now available in so many different US states, it is easy to get the impression that the war on cannabis users is over.

However, cannabis users still represent a significant portion of the people who are filling jails and courthouses throughout the country.

According to the FBI’s recent Uniform Crime Report, more people were arrested for cannabis possession last year than for all violent crimes put together.

Furthermore, the vast majority of the people who got arrested for cannabis were not accused of selling or trafficking the substance, but just for simple possession. 500,395 of the total cannabis arrests last year, or about 92%, were for possession, which is still more than the number of people who were arrested for violent crimes.

Erik Altieri, the Executive Director for cannabis advocacy group NORML, says that police across America are still making a cannabis-related arrest every 58 seconds.

“At a time when the overwhelming majority of Americans want cannabis to be legal and regulated, it is an outrage that many police departments across the country continue to waste tax dollars and limited law enforcement resources on arresting otherwise law-abiding citizens for simple m***juana possession,” Altieri told Forbes.

As suspected, the FBI’s data showed that people were less likely to get arrested for cannabis in states where it was legal or available for medical use, with eastern states seeing far more arrests.

According to the report, roughly 53% of all cannabis arrests last year took place in the northeastern part of the country, where cannabis laws are still catching up with the west.

People of color are also at a greater risk of being targeted for cannabis arrests. According to a report from the ACLU, 2018 data showed that people of color were 3.6 times more likely to be arrested for cannabis possession than white people, despite using the substance at the same rates.

In some states where cannabis has been legalized, lawmakers are making efforts to introduce pardons for those who previously broke the law.

Earlier this year, Nevada Governor Steve Sisolak introduced a measure that will pardon more than 15,000 people who were convicted for low-level cannabis possession in the state.

The resolution was unanimously approved by the state’s Board of Pardons Commissioners shortly after it was introduced.

In Colorado, lawmakers passed a bill that will allow the state’s governor to unilaterally pardon people with past convictions for possession of up to two ounces.