Meet The New Boss, Same As The Old Boss – Americans Get Fooled Again 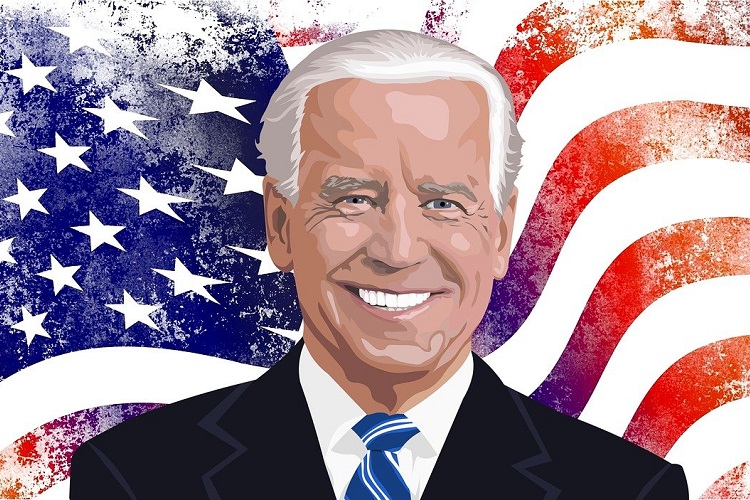 Today, in what resembles a scene more akin to that of North Korea than the land of the free, the 46th president of the United States, Joe Biden will be sworn into office. Likely pleasing those in attendance, Trump put his name on a short list of former presidents and announced he will not be in attendance for the ceremonial transfer of power — which will take place behind several tons of razor wire, 20,000 armed National Guard troops, concrete barricades, boarded up businesses, and ten foot tall fences.

When speaking on the historical move by Trump not to attend the inauguration, presidential historian Douglas Brinkley says it means we are in the midst of a major political feud.

“It’s usually a sign that American society is in the midst of major political feud,” Brinkley said. “The fact that the incoming and outgoing presidents can’t shake hands and co-participate in an inauguration means that something’s off-kilter in the democracy.”

‘Off-kilter’ is the understatement of the year. To understand just how off-kilter and out of whack America is, we can look at how the two parties view what’s about to happen.

The truth of the matter is, however, that there will be no free health care and no gulags — yet.

One thing is certain, however, and that is the US empire will continue to fund its hundreds of bases that literally encompass the globe to maintain its murderous global hegemony. The war machine will continue to march on as drone missiles rain down on brown children in the Middle East and Africa. Saudi Arabia and Israel will maintain their places at the US taxpayer-funded trough and Americans will be fed the scraps from the marble-walled tables in Washington. The national debt will continue to explode, and life for everyone — not just Republicans — will continue to become less free and have less quality.

Thanks to the mainstream media’s role in acting as the Praetorian Guard for the establishment, divide will continue to tear Americans apart as partisan distractions are force fed to us via blowhard establishment shills and “fact checkers.” Despite Joe Biden running on a platform of unity to bring Americans back together, before he was even sworn in, he royally fumbled this promise by alienating tens of millions of Trump supporters — essentially declaring them the enemy.

“Don’t dare call them protesters,” Biden said after the largely peaceful march on DC which ended with a few hundred goons our of tens of thousands of peaceful protesters raided the capitol. “They were a riotous mob. Insurrectionists. Domestic terrorists. It’s that basic. It’s that simple.”

Just like Trump used Antifa violence to bolster the police state and add stricter penalties for protests, Biden is using the riot at the capitol to do the same.

The fact is that on the surface, it will remain business as usual in Washington once the smoke clears. The politicians will get back to doing the bidding for their lobbyists, all the while blaming the other party for America’s woes — despite playing the lead role in creating said woes.

Those who think Biden is going to usher in some new universal healthcare system shouldn’t hold their breath as he was a key architect of Obamacare, a bill written by insurance companies that forced Americans to buy their product at fixed prices or be fined. What’s more, Biden, just like Trump has already promised to veto any universal health care bill that would ever come to his desk.

If you think Biden is going to treat Wall Street differently than Trump by getting corporate influence out of DC, think again. Biden, who like Clinton, Bush, Obama, and Trump has already begun filling his cabinet with Goldman Sachs insiders and mega bankers — just like Trump and Obama did.

Just like Obama facilitated the largest transfer of wealth in history to the billionaire class, with Trump following in his footsteps, Biden will curtsey to the oligopoly to make sure they maintain their grip on America’s system of cronyism.

If you are one of the few liberals left who oppose war, and think that Biden — who voted for the Iraq War and oversaw the destruction of Libya into a hell state with open air slave markets — will somehow reverse course and advocate peace, you are mistaken. In fact, Biden has already begun to fill his cabinet with the most diverse group of mass murdering war hawks ever assembled..

If you think uncle Joe is going to toe the progressive line in the war on drugs and stop kidnapping, caging, and killing people over arbitrary substances the state deems illegal, again, you are mistaken. Despite a historical vote in Congress last month, to legalize cannabis federally, Biden has refused to even consider legalization as this is a major tool in the box of those who advocate for the prison industrial complex — just like Trump did before them and just like Biden and Harris both always have.

In reality, just like many MAGA folks were duped into Trump’s alleged 4D chess plan of making America great, Biden supporters, begging to be fooled again, are falling for the same slick-tongued lies. And so continues the perpetual cycle so elegantly put into words by The Who back in their 1971 hit, Won’t Be Fooled Again.

**This article (Meet The New Boss, Same As The Old Boss — Americans Get Fooled Again) was originally published at The Free Thought Project and is re-posted here with permission.**