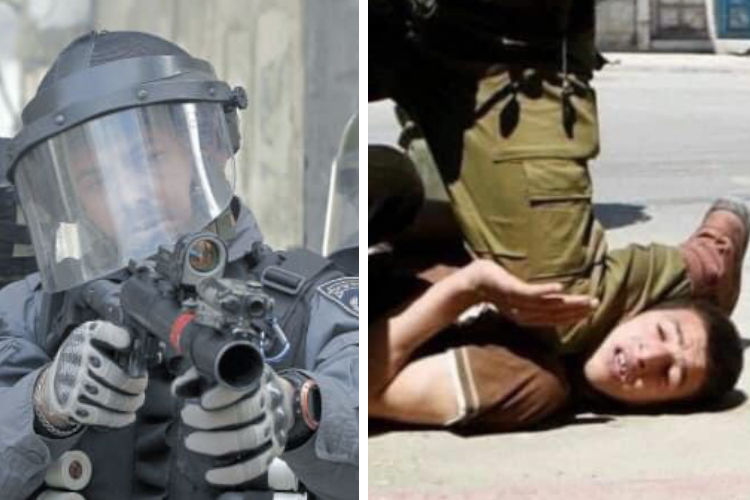 With protests and riots triggered by the murder of George Floyd spreading across America, it seems that some city governments are feeling threatened enough to consider serious reform to address rampant police abuse of power.

Calls to defund the police are growing louder, leading the LAPD and the NYPD to consider directing hundreds of millions of dollars away from police department budgets.

While measures like these certainly would be an interesting turning point for American policing, if nothing is done to address police training and mindset American cops will still behave more like occupying armies rather than civil servants.

Americans may be surprised to know that many U.S. police departments train with Israel police and security personnel. Such cooperation with another ally nation shouldn’t ordinarily cause alarm, however, Israeli defense and police forces have an incredibly long record of human rights violations.

“Baltimore law enforcement officials, along with hundreds of others from Florida, New Jersey, Pennsylvania, California, Arizona, Connecticut, New York, Massachusetts, North Carolina, Georgia, Washington state as well as the DC Capitol police have all traveled to Israel for training. Thousands of others have received training from Israeli officials here in the U.S.

Many of these trips are taxpayer funded while others are privately funded. Since 2002, the Anti-Defamation League, the American Jewish Committee’s Project Interchange and the Jewish Institute for National Security Affairs have paid for police chiefs, assistant chiefs and captains to train in Israel and the Occupied Palestinian Territories (OPT).

These trainings put Baltimore police and other U.S. law enforcement employees in the hands of military, security and police systems that have racked up documented human rights violations for years. Amnesty International, other human rights organizations and even the U.S. Department of State have cited Israeli police for carrying out extrajudicial executions and other unlawful killings, using ill treatment and torture (even against children), suppression of freedom of expression/association including through government surveillance, and excessive use of force against peaceful protesters.” [Source]

As noted by Jewish Voices for Peace, Israeli forces are themselves trained for counter-terrorism, military occupation, and strict population control. All of this runs contrary to the classic American ideal of police officers having the role of preventing crime and serving the citizenry.

“Exchanges between US police and the Israeli army promote a brutal military occupation as a positive model for community policing. Under the banner of “counter-terrorism” training, Israel is presenting lessons learned from 50 years of illegal military occupation over a Palestinian population deprived of human and civil rights…

Racial profiling, violent suppression of protest, massive surveillance, militarization of school security and the ongoing displacement of people from their homes are not lessons US law enforcement or US mayors should be bringing home.” [Source]

Regarding the killing of George Floyd, Neta Golan, co-founder of International Solidarity Movement commented on how the tactic of pushing a knee into a detainees neck is a move seen quite often in the Israeli oppression of Palestinians.

“When I saw the picture of killer cop Derek Chauvin murdering George Floyd by leaning in on his neck with his knee as he cried for help and other cops watched, I remembered noticing when many Israeli soldiers began using this technique of leaning in on our chest and necks when we were protesting in the West Bank sometime in 2006.

“They started twisting and breaking fingers in a particular way around the same time. It was clear they had undergone training for this. They continue to use these tactics — two of my friends have had their necks broken but luckily survived — and it is clear that they [Israel] share these methods when they train police forces abroad in ‘crowd control’ in the US and other countries including Sudan and Brazil.” ~Neta Golan

Twitter user Bazal noted on May 30, 2020 that the knee-on-neck tactic is used no Palestinans, posting 4 photos of Israeli security forces with knees on the necks of detainees.

Crazy how the same thing happens in Palestine but the world chooses to ignore it pic.twitter.com/8ATwWjy9q9

The trend towards increasingly militarized and brutal policing in America has been accelerating for decades. Police are trained to act as occupiers who conduct deadly no-knock raids in the name of the war on drugs, seize the assets of law-abiding citizens, surveil, entrap, and use oppressive tactics and technologies to protect the state from protestors and those seeking a redress of grievances. If these fundamental issues are not addressed in a substantive way, American police will continue to be a divisive and hated occupying force in this once free country.

This article (Many American Police Are Trained in Israel Where Oppressive Tactics like Knee-On-Neck are Common) was originally created and published by Waking Times and is published here under a Creative Commons license with attribution to Isaac Davis and WakingTimes.com. It may be re-posted freely with proper attribution, author bio, and this copyright statement.