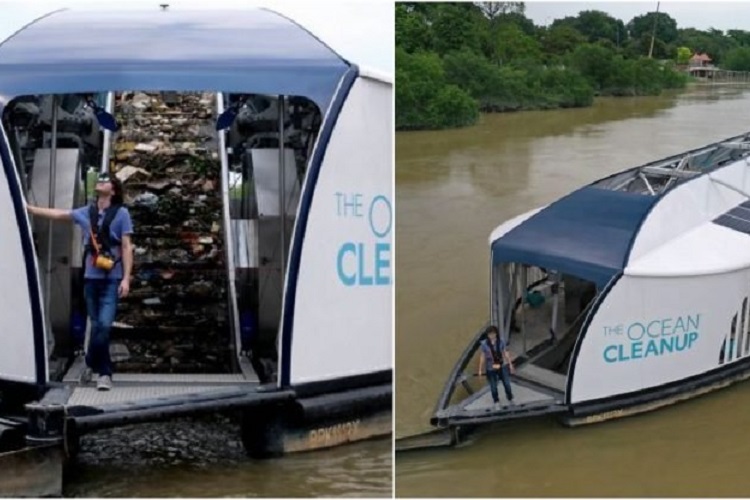 Although we all experience life changing events, for some it becomes the catalyst for real change not only on a personal level but on a scale in which we attempt to improve the planet for everyone. At the tender age of 16, Boyan Slat from the Netherlands had an epiphany while in Greece on a diving trip. Boyan was dismayed when he saw more plastic than fish in the coastal waters and promised himself that he was going to do something about it.

Just two years later, Boyan started The Ocean Cleanup project and created a passive floating device to collect plastic from the ocean. His mission didn’t stop there. He also created solar powered barges to collect plastic in the rivers which was a brilliant idea considering the fact that rivers are the largest source of plastics ending up in our oceans.

That moment when you have to give a serious presentation and you are interrupted by a teddy bear. If this bear is yours, do feel free to reach out to us. pic.twitter.com/Ii3bijSD3x

Boyan’s mission with The Ocean Cleanup was to develop advanced technology that would rid the planet’s oceans of plastic waste and demolish and clean the Great Pacific Garbage Patch which stretches from California to Japan.

Although the non-profit managed to collect two shipping containers full of trash from the area over the years, Boyan made the decision to start with the source creating the problem rather than spend time “treating the symptoms.” His research found that 1,000 rivers around the world are the source of about 80 percent of the plastic waste that ends up in the oceans.

With that in mind, the engineer and conservationist created The Ocean Cleanup’s latest invention called the “Inceptor” to tackle the problem. The solar-powered barges are created specifically to suck river debris into dumpsters and then bring it onshore for recycling.

Up to 110 tons of garbage can be collected by one barge, drastically reducing the daily amount of waste reaching oceans.

Boyan’s hopes to have Inceptor barges in every one of the worst polluting rivers of the world by the year 2025. In the meantime, they are already hard at work cleaning the Klang River in Kuala Lumpur, Malaysia and the Cengkareng Drain in Jakarta, Indonesia.

“Our team has remained steadfast in its determination to solve immense technical challenges to arrive at this point,” Boyan said. “Though we still have much more work to do, I am eternally grateful for the team’s commitment and dedication to the mission and look forward to continuing to the next phase of development.”

To support The Ocean Cleanup’s mission, anyone can nominate their rivers for clean-up and appeal to their local governments to support the effort. Donations will also help more Inceptors to be built more quickly and placed in the rivers where the need is the greatest.

Who needs a Christmas tree when you have an interceptor to bring some light? We hope to see them cleaning 1000 rivers by 2025. pic.twitter.com/uXatLyuI0m