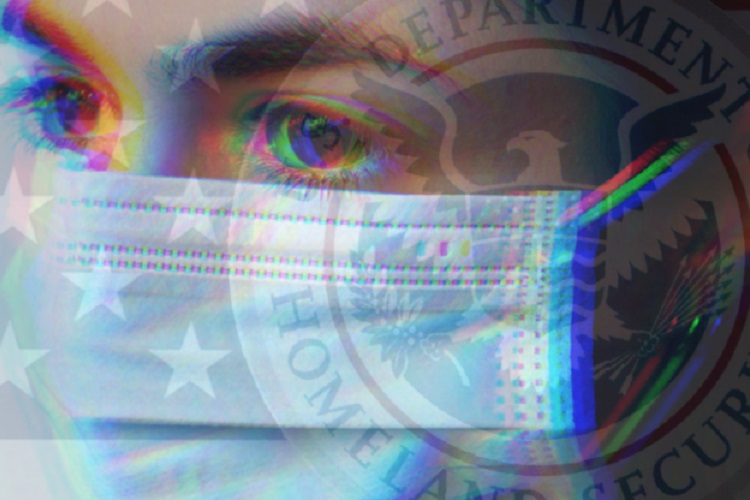 As the general public in the United States argues about whether or not we should be wearing masks to prevent the spread of the COVID-19 coronavirus, law enforcement officials are concerned that facial recognition software could be thwarted, and possibly even broken by people wearing masks.

In a collection of law enforcement documents released by Blueleaks, researchers found a Department of Homeland Security intelligence memo where the agency expressed concern about the potential problems that mask-wearing could cause for facial recognition technology.

The note, which was published on May 22nd, discussed what the agency described as “the potential impacts that widespread use of protective masks could have on security operations that incorporate face recognition systems — such as video cameras, image processing hardware and software, and image recognition algorithms — to monitor public spaces during the ongoing Covid-19 public health emergency and in the months after the pandemic subsides.”

The memo went on to suggest that, “violent extremists and other criminals who have historically maintained an interest in avoiding face recognition are likely to opportunistically seize upon public safety measures recommending the wearing of face masks to hinder the effectiveness of face recognition systems in public spaces by security partners.”

The agency admitted that its concerns were based on the fact that activists have traditionally expressed desires to thwart facial recognition, and not on any recent events during the ongoing protests. The report concluded that facial recognition could become increasingly worthless if mask-wearing becomes normalized.

“We assess face recognition systems used to support security operations in public spaces will be less effective while widespread public use of facemasks, including partial and full face covering, is practiced by the public to limit the spread of Covid-19,” the report stated.

In recent months, some companies have claimed that they are developing facial recognition technology that will work with masks. However, facial recognition doesn’t even work that well under normal circumstances, so it is hard to imagine a working system for masked faces.

Amazon’s facial recognition technology falsely identified 27 different professional athletes as criminals. While it may be true that professional football players have been known to get in trouble from time to time, this is obviously a failure of the software.