‘Land of the Free’? Even Putin Opposes Mandatory Jabs, Says People Should Get Shot Without Coercion 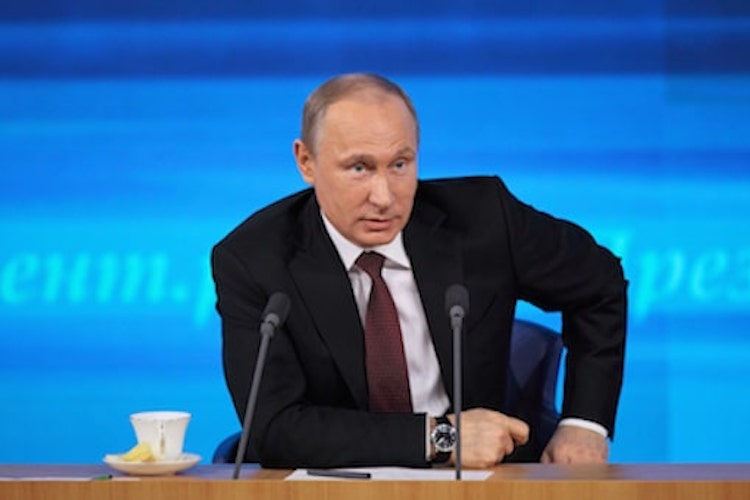 Russian President Vladimir Putin says that while people need to get vaccinated to “overcome this pandemic,” nobody’s job should be on the line if they refuse.

Speaking last weekend during a meeting with the governing United Russia party ahead of next month’s parliamentary elections, Putin said “We need to do everything we can to overcome this pandemic,” adding “and the best tool we have in this fight is vaccination.”

“Vaccination is the main weapon against the spread of the virus. Importantly, no one should be forced to get a jab. Pressure, where people may lose their jobs, is even less acceptable. People must be convinced of the need to get the vaccine,” he said.

“This must be done persistently and respectfully. People should be convinced of the need to get vaccinated in order to save their lives and health, and to protect their loved ones.”

Russian President Vladimir Putin has recently come out against forcing citizens in Russia to get vaccinated through coercion, particularly through threatening their employment.

Victorian Premier Daniel Andrews on the other hand… pic.twitter.com/DfY8E3IWDw

As Russian state-funded RT notes, “On Friday, Russian Health Minister Mikhail Murashko announced that more than 43 million people have had one of the country’s four domestically made coronavirus vaccines. However, this number, he said, “is not enough yet” and “we will feel safer when the number of people who have protection against infection reaches more than 80%.” At present, close to one in four Russians has been immunized against the virus, and it is unclear how many more may have developed antibodies after being infected with the virus across the nation.”

Putin’s comments appear to be at odds with official policy throughout several sectors of the Russian economy. In Moscow, for example, “companies in industries such as hospitality, leisure and transport must demonstrate that 60% of their staff have been vaccinated or else face hefty fines. Officials have confirmed that businesses can send home employees without pay if they refuse, in order to meet the quotas.”