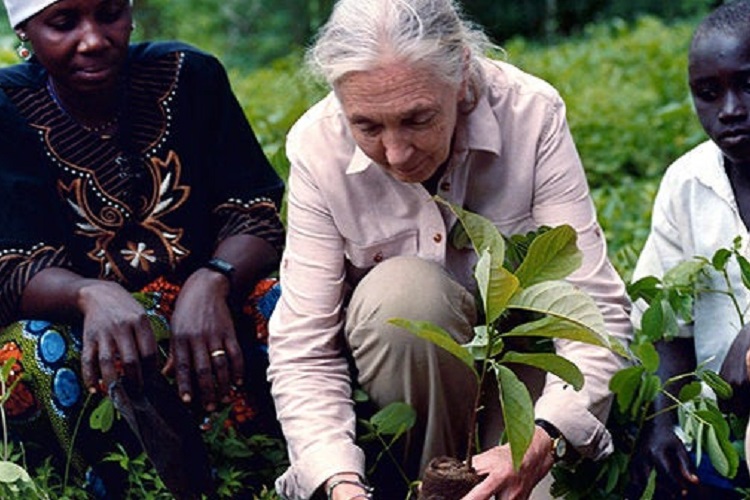 Dr. Jane Goodall, the primatologist who is widely considered to be the world’s foremost expert on chimpanzees, has recently announced plans to plant five million trees this year. Goodall has partnered with the United Nations Environment Programme (UNEP) to help the group with its 1 Trillion Trees Campaign.

In a statement on her website, Goodall said, “[1 Trillion Trees] offers innovative technologies which will serve to connect tens of thousands of small and large groups around the world that are engaged in tree planting and forest restoration. Creating this ‘greening global community,’ which will allow for sharing critically needed funding and best practices — just what is needed to achieve the trillion trees goal in 10 years. Towards this [1 Trillion Trees] goal, I am proud to announce that our Roots & Shoots program, which empowers young people in 60 counties, has committed to planting over 5 million new trees over the coming year. Now is the time for everyone on the planet to do their part.”

13 million hectares of forest have been converted for other uses or destroyed by natural causes, and up to 28,000 species can go extinct in the next quarter-century due to deforestation, according to The World Counts.

Since humans started cutting down forests, 46 percent of trees have been cut down or otherwise destroyed, according to a 2015 study in the journal Nature.

Goodall is best known for her over 55-year study of social and family interactions of wild chimpanzees since she first went to Gombe Stream National Park in Tanzania in 1960, but she has continued her work and advocacy for animals and the environment through the Jane Goodall Institute and the Roots & Shoots program.

She has served on the board of the Nonhuman Rights Project since its founding in 1996. In April of 2002, she was named a UN Messenger of Peace, and has also been named an honorary member of the World Future Council.