Instead of Dumping Out Their Milk, Dairy Farmers Bottle It Themselves—Sell Out in Hours 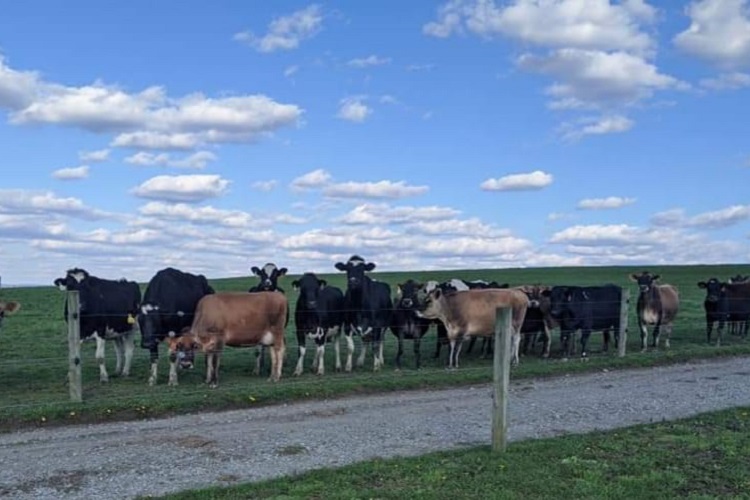 The American spirit lives on at a 300-year-old, cream-line dairy farm, where a farmer is working around the clock to bottle his own milk after his processor told him to dump it. Locals are lining up to support him.When Ben Brown’s dairy processor told him they could no longer buy his milk, he got to work bottling it himself.

He sells some of it at his on-site farm store, but a large portion of it used to be sold to a dairy processor who pasteurized and bottled it for local restaurants and markets.

When he realized he would have to dump hundreds of gallons of milk each week until his 70 milking cows dried up, he couldn’t bear it.

In a post on Facebook, the dairy announced their new hours to make sure they didn’t waste the milk.

As many of you know, all the excess milk we do not bottle is shipped to SCHNEIDER’S in Pittsburgh PA. They have just contacted us and told us they WILL NOT be picking up our milk on Wednesday or Friday. (They pick up our milk every other day) that means they are asking us to DUMP DOWN THE DRAIN a total of…

We are totally disgusted by this kind of waste.
(We also do not get paid for the dumped milk obviously)

We can only pasteurize and bottle 30 gallons at a time, but we are going to work around the clock to try and bottle as much as we can this week. We are REALLY going to try to not waste a drop!

OPEN UP OUR FARM STORE on Wednesday now too!

So he got to work, literally around the clock, pasteurizing it in small batches in his 30-gallon vat and bottling it up.

He posted on Facebook that they’d open up the farm store for additional hours to sell the milk directly to consumers, and the response was overwhelming:

The line to get in the store was at least 20 customers deep for several hours, the local news reported.

“I know their uncle, Larry Basinger, and we want to help the Brown family through this,” one customer said. “We’re going to buy 10 gallons. I have orders from our whole family.”

They sold out within hours and have sold out almost every day since. On days they don’t sell out, they donate their fresh, non-homogenized milk to local charities.

“I hate waste, and I don’t want to dump milk. People can use it, and I still have to pay my bills,” Brown said.

Brown and his wife Mary Beth purchased the farm four years ago from Ben’s parents. He admitted to a local newspaper that his family has “barely been scraping by” in recent years, and that at first, he was afraid the lockdown would be the end of them.

Two weeks ago, the farm was able to purchase a second 45-gallon pasteurization vat, so Brown won’t have to stay up all night processing it anymore.