Humanity Is Escaping From The Abusive Relationship With The Police State 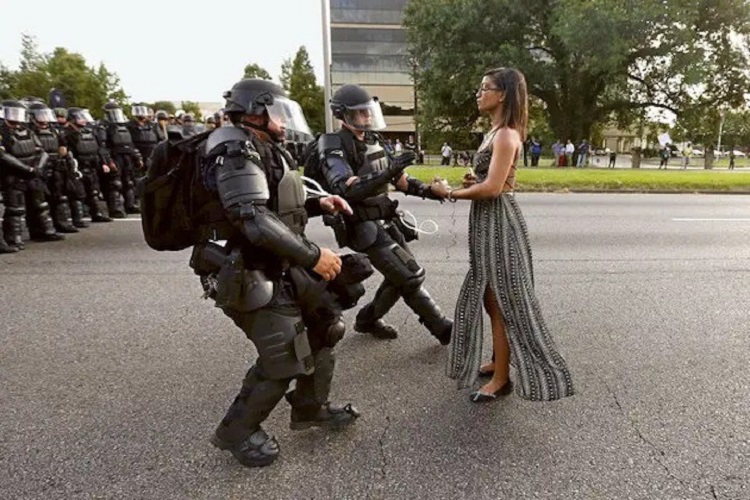 Abusive relationships where the abuser is a transparently horrible monster don’t tend to last long, because it becomes obvious to the victim very quickly that they need to head for the door. The ones that last are the ones where the abuser is an adept manipulator, who is able to elicit sympathy and attachment in the victim while constructing a prison of mental narratives in their head.

The hardest of these to escape from is the “nice guy” abuser, the kind of abuser whose manipulations revolve around framing themselves as good and virtuous while squeezing the psychological noose on the victim tighter and tighter. These are difficult to escape because by design they are hard to recognize as abusive while you’re in them, even while you’re being drained of life, liberty and happiness to the abuser’s benefit.

To escape from a nice guy abuser, it helps to actively push for things that they can’t say no to without blowing their cover. If he presents himself as a woke and sexually liberated feminist, for example, you can begin disrupting the web of nice guy narratives by saying you’d like to stop having sex with him, or that you want financial independence. Anything they desperately want to control but can’t say “no” to without the nice face mask slipping off. Their desperate attempts to manipulate you back into the position you were in previously will expose them, and make it much easier to find your way to the door through the fog of manipulation.

The escape route from the nice guy fascism of liberal narrative managers operates in much the same way.

"I call Obama’s particular brand of establishment sycophancy Nice Guy Fascism. It’s just like regular fascism, enabling the brutal dominion of a few depraved and bloodthirsty tyrants, except you get to look like a nice guy while you’re participating in it." https://t.co/TLwfYl1izK

For ages the Democratic Party and its allies have been actively manipulating leftwardly-inclined Americans away from issues which might inconvenience the powerful–issues like economic justice, anti-imperialism, slashing the military budget, ending government surveillance and police militarization, and actually getting money out of politics. Instead they’ve been encouraged to only care about issues which establishment power structures don’t care about–issues like abortion, misogyny, LGBT rights, gun control, and racism.

For this reason, many who see the abusive nature of the oligarchic empire have come to look upon these issues a bit disdainfully, seeing social justice issues as a power-serving distraction from the actual issues they don’t want us pushing for like dismantling the war machine, ending plutocracy and making sure everyone has what they need. This is a major part of why, when racism suddenly became the number one hot topic in the news for days on end amid protests against police brutality, many anti-establishment types viewed it with suspicion.

But what actually seems to be happening here is a lot more interesting than some impotent and irrelevant distraction. Because people aren’t just out protesting racism, they’re calling for the complete dismantling of the entire police state, which is an essential part of the glue holding the US-centralized empire in place.

And the nice guy abusers are falling all over themselves to manipulate them back into their cage.

Democrats push reforms that will not fundamentally change policing in the United States https://t.co/k7QcFlORUu

In an article titled “Democrats Push Reforms That Will Not Fundamentally Change Policing“, Shadowproof‘s Kevin Gosztola breaks down how the Pelosi-led House Democrats are presenting a “Justice In Policing Act” that is functionally the same as attempts at police reform which have been tried without success for generations. Like every other popular grassroots initiative which is actually disruptive to real power institutions, the Democratic Party’s response has been to slap a Kente cloth band-aid on a sucking chest wound and stage a narrative control campaign calling it healed. This is because, as we discussed recently, the Democratic Party’s primary function is to co-opt and kill authentic change movements.

The problem is, as Gosztola puts it, “unlike most establishment Democrats, activists pressing for the ‘defunding’ of police grasp the fact that policing is the problem.” The desperate attempts to manipulate them back into position are exposing them. Once a manipulator is exposed as such, manipulation becomes much more difficult, and clarity becomes much easier.

Liberal narrative managers manipulated the people into understanding that they are only allowed to care about issues like sexism, LGBT rights, and racism. The people responded by saying “Okay, well then we demand that you dismantle the entire police state because it is racist.”

Through all the confusion and fog of a lifetime of ingesting establishment propaganda, the people have still managed to find one solid strand of “no” that they know the nice guy abuser can’t actually forbid them from holding onto, and they are grasping it with an iron fist and pulling themselves toward the door.

Life did find a way. Seemingly by instinct, humanity is finding more and more ways to get out from underneath the thick veil of propagandistic psychological abuse to wake each other up from the narrative control matrix. Homo sapiens will soon be uncaged, rampaging around the theme park and eating the bloodsucking lawyer right off the toilet.

Like I’ve been saying since last year, things are only going to keep getting stranger. Our species is unpatterning at a rapidly accelerating rate, and the people whose job it is to manipulate us back to sleep have been failing to do so with greater and greater frequency. Don’t waste emotional energy on the hope that things will eventually go back to normal, because they won’t. The good news is that what we think of as “normal” is actually as crazy and self-destructive as a species can possibly be, and life is awkwardly, sloppily stumbling toward true sanity. Stumbling for the door.

“If there is one thing the history of evolution has taught us it’s that life will not be contained. Life breaks free, it expands to new territories and crashes through barriers, painfully, maybe even dangerously, but, uh… well, there it is.”