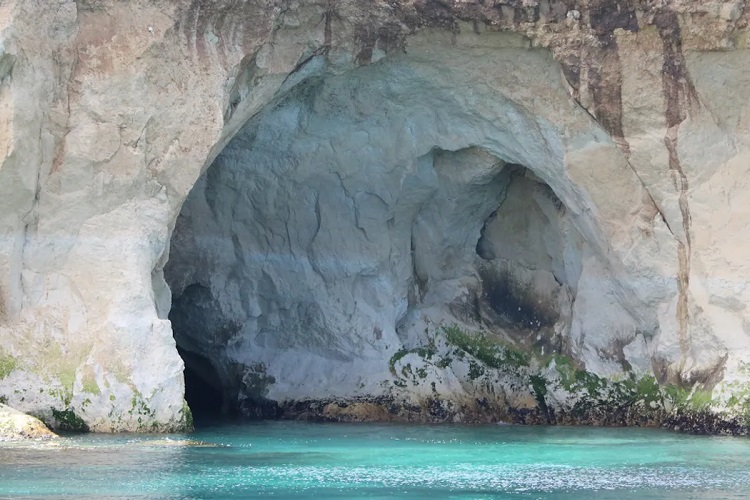 Not even underground ecosystems are safe from human pollution.

New research published in PLoS ONE May 6 examined how water runoff from the surface impacted the communities of microbes in the Monte Conca cave system in Sicily. The answer? Quite a lot. Potentially human-introduced bacteria made up less than 4 percent of the microbial community during the dry season, but shot up to almost 90 percent during the wet season, after heavy rains.

“Anthropogenic microbial contaminants originating from outside of the cave environment can replace endemic cave communities,” the researchers concluded.

A #USF microbiology and geoscience team has found that human-driven pollution can alter the environment underground.

Using the Monte Conca cave as a model for their work, researchers studied the impact surface runoff has on cave microbial communities. → https://t.co/ZwjJMv0qnM pic.twitter.com/k1g1oYPPlp

The Monte Conca cave system is one of many caves formed by a process called sulfuric acid speleogenesis, by which groundwater containing sulfur dissolves limestone. Communities of microbes within the caves contribute to this process, the researchers explained.

But the study, carried out by a team of microbiologists and geoscientists at the University of South Florida (USF), indicates that bacteria from urban and agricultural areas can enter these unique communities via runoff from surface water, the university press release explained. This happens despite the fact that the Monte Conca system sits below a nature preserve.

To assess the impact of surface-level bacteria on the cave’s microbial communities, the researchers compared their composition between the dry and wet seasons.

During the dry season, more than 90 percent of the microbes were sulfur oxidizers. These are bacteria uniquely adapted to use both oxygen from the cave and sulfur from its spring pool. But during the wet season, when large amounts of rainwater enter the cave, the composition radically changed. Escherichia and Lysinibacillus bacteria jumped from 3.7 percent of the microbial community to 89.5 percent. These are fecal and soil bacteria researchers identified as influenced by human activity, including the fecal bacteria Escherichia coli, or E. coli.

Researchers also found evidence of a transition period between the wet and dry seasons in a sample taken when rains were 50 percent of typical wet season levels. During this period, the human-introduced bacteria made up 67.3 percent of the microbes, while sulfur-oxidizing bacteria and nitrogen-fixing bacteria were also present.

More research is needed to understand the impact of these changes on the cave ecosystem itself and on groundwater, lead author Dr. Madison Davis of USF’s Department of Cell Biology, Microbiology and Molecular Biology said in the press release.

However, the pollution of caves and the groundwater that springs from them is already a known problem across the U.S., as Scientific American reported in 2009:

“People need to be aware that there’s a subterranean ecosystem and that what happens on the surface impacts these unique ecosystems in a very real way,” American University in Washington, DC cave expert and biologist David Culver told Scientific American at the time.