How The Government Uses Fear To Control 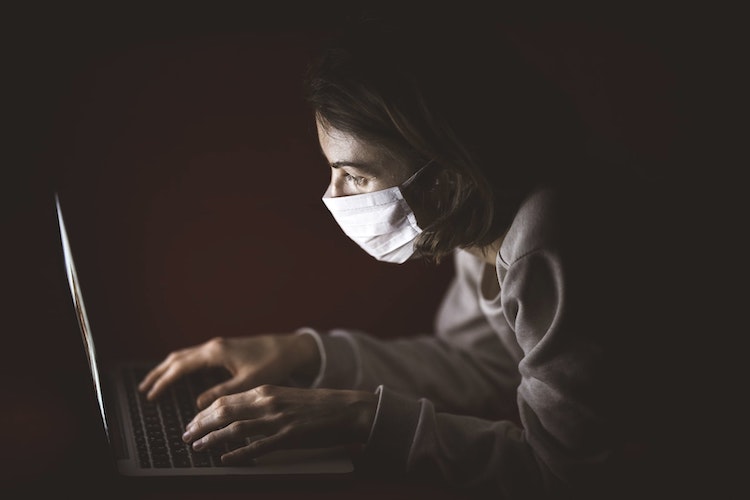 August 28, 2020, the Children’s Health Defense, led by Robert F. Kennedy Jr., launched a European branch of the organization. In a press conference1 announcing the new branch, Kennedy discussed how governments are using fear to control and manipulate the population.

Acting as quasi-government agencies, public health organizations such as the U.S. Centers for Disease Control and Prevention and the World Health Organization are pushing vaccines using the same fear tactics, while simultaneously removing the regulatory oversight that used to ensure vaccines are properly safety-tested.

Corruption in the political system, however, has destroyed the trust these agencies need to get people to willingly take these fast-tracked vaccines, and this despite the fact that the media keep regurgitating the prescribed propaganda. Kennedy also highlights how people like Dr. Anthony Fauci and Bill Gates are helping to promote this global vaccination agenda.

As a result of all this corruption, there’s no independent, unbiased buffer between greedy corporations and the world’s most vulnerable populations — our children. This is a global problem, Kennedy says, and the press is facilitating it by helping to create so much fear in the peoples’ minds that they will obey whatever the health agencies say, no matter how illogical the demands.

Vaccines Are Not Routinely Tested Against Placebo

Kennedy explains how he ended up spearheading the fight for vaccine safety. He runs the largest water protection group in the world, the Waterkeeper Alliance. In the early 2000s, he was involved in lawsuits over mercury discharges by coal burning power plants.

Around the same time, he learned of the presence of mercury in vaccines, and that this source was a much larger source of mercury exposure than contaminated fish was. Initially, his goal was simply to get the mercury removed from vaccines, but as he dug deeper, he realized “there were larger problems with vaccines.”

One of the biggest problems was, and still is, the fact that vaccines in the U.S. are not safety tested. “They have an exemption that is not available to any other medical product,” Kennedy says, explaining that when the vaccine program was initially launched, the goal was to make sure vaccines could be rapidly developed and deployed in response to biological attacks by foreign countries.

As a result, regulatory impediments — including safety testing vaccines against placebos, which the gold-standard in medical safety testing — were removed.

“My very narrow purpose in starting the Children Health Defense was to address this problem and to get vaccines properly safety tested, because if they’re not safety tested, nobody can tell you with any medical authority whether that vaccine is injuring more people than it’s saving,” Kennedy says.2

“As we continued on with this advocacy it became very clear that there were other problems as well. There [were] problems with the corruption in our political system.

The pharmaceutical companies had not only corrupted our politicians with huge amounts of lobbying money, they had captured the agencies that are supposed to protect Americans from public health threats: the CDC, the FDA, the HHS. They had captured the press in our country by huge influxes of advertising dollars which had neutralized the press.

They had effectively subverted American democracy by neutralizing all of those institutions that the Founding Fathers of our nation had created to stand between a greedy corporation and a vulnerable child.

The Congress had been corrupted. The regulatory agencies were captured; they had become the sock puppets for the industry they’re supposed to regulate. The press had been sidelined.

And worst of all, they had passed a law in our country in 1986 that gave pharmaceutical companies complete immunity from liability. So, there was no incentive for any of those companies to make vaccines safe …

If we win this battle in just one nation, the United States, we’re still going to lose it globally. So, we need people of good will, people who have courage, people who have a nonconformist way of thinking, who understand that we are being lied to, that the entire political structure today is saturated in pharmaceutical propaganda.”

The Power of Fear

As noted by Kennedy, totalitarian nations have always used the power of fear to make citizens comply with authoritarian rule. Without fail, it’s been shown that all you have to do to engineer compliance, no matter how horrific the ramifications, is to tell people they have something to fear, and that they will be safe if they follow your lead.

A famous quote by Franklin D. Roosevelt is “The only thing we have to fear is fear itself.” He understood that fear is ultimately what strips us of our human rights and drives a society into totalitarianism, and that the only way to circumvent such a fate is to bravely resist fear. Today, one of the biggest threats (or so we’re told) is global pandemics.

“Governments love pandemics the same way that they love wars because it gives them power; it gives them control and it gives them the capacity to impose obedience on human beings,” Kennedy notes.

Today, we also have something no previous tyrant has had, namely the technology to track, trace, control and manipulate individuals wherever they live. Most people are surrounded by electronics and wireless devices that harvest every imaginable data point about your personal life.

Digital currency will complete the net of tyranny. Once all cash economies have been abolished, “they have absolute control over us because they will be able to tax every transaction,” Kennedy says. A digital currency economy will also ensure total compliance by the masses. If you disobey, they can simply restrict or shut down your bank account.

“Many people argue that this pandemic was a plandemic, that it was planned from the outset, it’s part of a sinister scheme,” Kennedy says. “I can’t tell you the answer to that. I don’t have enough evidence.

Kennedy goes on to stress that the pushback seen around the world against mask mandates, vaccines, social distancing and lockdowns are not because there’s a willful ignorance of science, but that no real science is being presented; science is actually being withheld and suppressed.

“What we know is that we’re not being dealt with honestly,” he says. “We’re being told, ‘This is the science,’ but it’s an appeal to authority. It’s science because Tony Fauci and Bill Gates tell us it’s science.

Why Are We Ignoring the Nuremberg Charter?

As noted by Kennedy, this is precisely what the Nazis did to prisoners during World War II. After the war, the world was so horrified by the atrocities of the Nazi camps, including and especially the medical testing that took place, the Nuremberg Code,3 which details the ethical framework for medical experimentation, was enacted.

“We all pledged … we would never again impose unwanted medical interventions on human beings without informed consent,” Kennedy says. “Yet in two years, all of that conviction has suddenly disappeared. People are walking around in masks when the science has not been explained to them. They are doing what they’re told.

These government agencies are orchestrating obedience, and it is not democratic; it’s not the product of democracy. It’s the product of a pharmaceutical driven, biosecurity agenda that will enslave the entire human race and plunge us into a dystopian nightmare where the apocalyptical forces of ignorance and greed will be running our lives and ruining our children …

Do Not Trust the Medical or National Security Establishment

In the Ron Paul Liberty Report above, former Congressman Dr. Ron Paul interviews4 Kennedy about who really killed his father and uncle, and why. In summary, the evidence suggests his father, Robert Kennedy, was assassinated by a CIA agent hired as a security guard.

Kennedy reviews some of the history of the CIA — how it was initially established as an espionage organization tasked solely with intelligence gathering, only to transform into a paramilitary agency engaged with the overthrowing of democracies around the world and other nefarious and antidemocratic activities.

He also touches on the infamous CIA program called MK Ultra, in which individuals are brainwashed to carry out orders, including murders, against their own will.

The conversation eventually turns to vaccine safety and the folly of ignoring published science showing there are significant problems — problems that the medical establishment is refuting without any actual counter-evidence.

They also discuss data suggesting the COVID-19 lockdowns may have caused more deaths than the virus itself, as well as the civil rights issues involved. “I think the data are really clear, that quarantine is going to kill far more people than COVID-19” Kennedy says.

He cites research from the 1980s that looked at the impact of unemployment on human life. This kind of research flourished in the wake of American industries increasingly being shipped overseas, causing rising unemployment.

The most famous of these studies, Kennedy says, found that for every one-point rise in unemployment there were 37,000 excess deaths, 4,000 excess imprisonments and 3,300 excess admissions into mental institutions.

“In addition to that, we have disruptions to medical supply chains and food supply,” Kennedy notes. “There are millions of people starving around the world because of the quarantines. We’ve lost, already, about 50,000 minority businesses, permanently, in [the U.S.] What is that going to do?”

Kennedy cites a report from a hospital in San Francisco that stated they saw one year’s-worth of suicides in a single month, a 1,200% increase. He also cites British research showing that while there were 30,000 excess deaths in nursing homes during a five-week period during the lockdown, only one-third of them were due to COVID-19.

In other words, the death rate from isolation was double that of the virus itself. People didn’t get the proper medical care for chronic conditions and so on. Kennedy also rightly points out that what we will see — and are already seeing — is the obliteration of the middle-class and the shift of wealth from the poor to the already ultra-rich.

Then there’s the rapidly approaching question of vaccination. Children and young adults under the age of 20 basically have a zero risk of dying from COVID-19, so are we going to force them to gamble with their future health by taking a fast-tracked and unproven vaccine in the name of protecting the elderly who are at greatest risk of dying from COVID-19? “That is a very dicey ethical question,” Kennedy says.

“This is like an apocalyptical battle; it’s really something I never thought would happen in my lifetime, where all the values of our country are being eroded,” Kennedy says, pointing out that in 1968, there was a bird flu pandemic5 that had a higher mortality rate than COVID-19, “and we all went to Woodstock. It was just part of life.”

Today, pandemics have become a tool of tyranny, and the “biosecurity” agenda is a globalist agenda that ultimately seeks to gain total control by stripping away human rights and the rights of countries. As noted by Kennedy, the fear level is totally out of proportion to the real threat of COVID-19, as are the government-prescribed responses.