Hemp Is Economically And Environmentally Sustainable 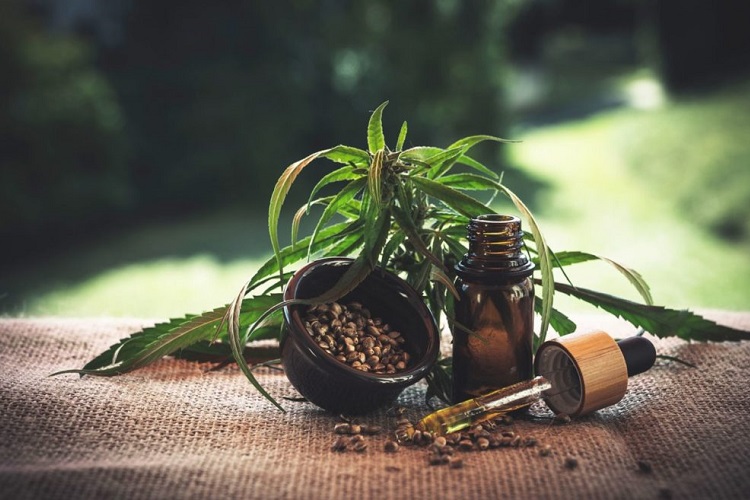 As the world continues to reel from the economic impact from the widespread lockdown, people are trying to come to grips with what a “new normal” economy could look like. So far, massive money printing and centralized solutions are proving to be the flimsiest of temporary band-aids for what is looking to be a very long-term upheaval.

It’s not only job losses and stunted business growth across nearly every sector, we are also learning about threats to the entire food and agricultural supply chain. It’s becoming clearer by the day that any long-lasting solution must encompass a broad range of considerations to offer any type of sustainable economic future.

Enter hemp — the oft-forgotten crop that was foundational to America’s early success.

While many people have been introduced to hemp through the growing popularity of natural CBD products such as Cibdol, hemp’s multitude of beneficial uses was recognized as early as 10,000 years ago in China and Mesopotamia! But it wasn’t until the 1600s that hemp found its way to North America and eventually became a staple crop in the United States during the 1700s. It’s now known that the Declaration of Independence was written on hemp paper, and at various times it was legally required for farmers to grow hemp and pay taxes with it. How times have changed.

Strangely, the federal government began to take a stand against hemp in 1937 when they made the tenuous connection to “marihuana” and its been an uphill battle ever since. However, a growing number of states have rebelled through nullification, as the Tenth Amendment Center has extensively reported, with Colorado perhaps being the best example.

Given the magnitude of what we are facing economically and environmentally, it would be wise to use some of this momentum that hemp was experiencing prior to the corona-crisis and once again look to its benefits for a chance at both national and global revival.

Save the bees and save our food supply

For decades, our key pollinators have been under assault from a variety of toxins and stressors, with some experts warning of their near-total collapse and the subsequent human disaster that could unfold in the form of crop failures and food shortages. Fortunately, studies have shown that bees are heavily attracted to hemp. As the team of researchers at Colorado State University wrote, “Industrial hemp can play an important role in providing sustained nutritional options for bees during the cropping season.”

Agriculture and the economy

Rep. Thomas Massie (R-KY) has long been championing the economic benefits that could manifest by farming hemp. As we are seeing a cataclysm of unemployment from the corona-crisis, what better way to encourage the type of employment that will result in many local and large-scale efforts at regenerating economies?

As a self-sufficient homesteader himself, Massie is well positioned to give his expert opinion not only on the mechanics of farming, but on the legislation that can help free up hemp farming and industry for the masses. Remember, it’s not only the farming, but the entire economic apparatus of accountants, lawyers, marketers, etc. that are needed throughout any industry. The key difference is that this industry gives back to communities as well as the environment.

This quick interview with Massie chronicles his legislative hurdles with the federal government, but why it is so important to ultimately win this battle. You’ll also hear the ridiculous arguments made by the forces in opposition to natural hemp production.

Concrete is one of the most environmentally disastrous forms of construction on the planet.  The widespread use of cement has actually created a global shortage of sand, in addition to being linked as a contributing factor to climate change. Regardless of one’s position on that hot-button topic, hemp is simply a more sustainable and economically viable alternative … and many architects are beginning to recognize this.

Hemp concrete – “hempcrete” – can be used in all areas of construction, including insulation.  It has been shown to inhibit mold growth as it is naturally more breathable, making it ideal for use in humid locations. There has been some debate about whether the widespread use of hemp in construction will wind up being cheaper, but another innovation might help hemp win the argument: 3D printing.  One company in Australia used 3D printing to build hemp panels which they say are “structurally sound, easy to produce, and provide superior thermal performance.”

Hemp also has been explored for use as a steel replacement; its properties can result in material 10 times stronger than steel, with greater flexibility.  One aviation company even produced the world’s first 100% hemp plane. In addition to the greater strength, lower weight and overall lower cost, there is the added benefit of reducing the many other toxic materials that result from mining and appear throughout the interior and exterior of aircraft.

Lastly, hemp batteries are even being pursued as studies have shown they might even be more powerful than graphene and lithium.

Replacing plastics has been a long-term goal across a variety of industries as a new information constantly reveals the damaging effects of petrochemical use and subsequent pollution of the planet. The idea of a material that would be as functional as plastic, but also biodegrade is a literal panacea. Fortunately, here too we are seeing an increasing number of products meant to reduce this harmful waste through “bioplastics.” Even the establishment magazine Forbes had to admit that industrial hemp could hold the answer to most of the world’s ills.

Hemp has also been pursued as a cotton replacement by clothing companies as large as Levi’s.  The company cited benefits like water reduction in the cultivation process by up to two-thirds as being both economically and environmentally more sustainable. However, the benefits are also transferred to consumers as properly produced garments are lighter, more absorbent, stronger and even UV and mold resistant.

Hemp seeds, in particular, are now recognized as one of the healthiest food sources on the planet. During a time where we should be doing everything in our power to boost our immune system, hemp offers yet another solution. As Amanda Froelich writes,

It’s well past time that we throw off any stigma surrounding hemp and return to the pages of history where hemp was openly recognized as not only beneficial to health, agriculture, the environment and economies – but essential.

This article (Hemp Is Economically And Environmentally Sustainable) was originally created and published by Activist Post and is published here under a Creative Commons license with attribution. It may be re-posted freely with proper attribution, author bio, and this copyright statement.