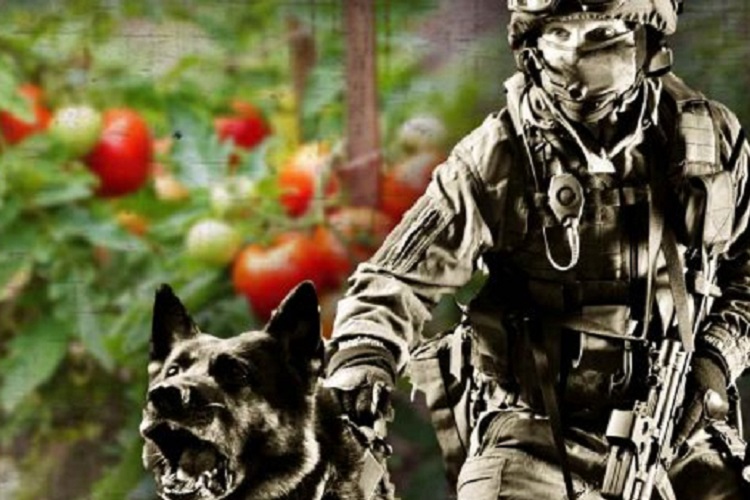 Leawood, KS — Adlynn and Robert Harte and their two children had harmed no one and broken no laws when heavily armed militarized SWAT deputies with the Johnson County sheriff’s department stormed their home like it was an ISIS compound. The “hero” deputies were searching for evidence of marijuana production and use but they found none because the Harte’s don’t use or produce marijuana. They do grow vegetables, however, and they also drink tea.

The Hartes and their two children were held at gunpoint and nearly killed for purchasing supplies for their vegetable garden and drinking tea. After they were seen buying gardening supplies, cops rummaged through their trash and mistook tea leaves for weed, sparking ‘probable cause’ for the raid. Since the raid in 2012, the Harte family has been attempting to seek justice but to no avail. This month, however, they finally got a break.

According to Reason, the couple whose home was raided in 2012 after sheriff’s deputies claimed that loose tea found in their trash was marijuana will receive $150,000 for their trouble under a settlement agreement with the Johnson County Sheriff’s Office. The settlement—which caps seven years of litigation, including two trips to the U.S. Court of Appeals for the 10th Circuit—falls far short of the $7 million that Adlynn and Robert Harte originally sought. But it represents an implicit acknowledgment that the Hartes and their children suffered an outrageous invasion of their privacy and dignity in the service of a comically inept publicity stunt.

In the realm of unlawful police raids, this one near the top. It began with a Missouri State Highway Patrolman staking out a garden store every day in Kansas City in hopes of catching some pot growers. Robert Harte visited the store with his two children to buy supplies for an educational vegetable garden project in his basement.

The sergeant shared Harte’s information with a counterpart in the Johnson County Sheriff’s Office (JCSO), which was planning to raid several suspected cannabis growers on 4/20…such originality. JCSO went through the Harte’s trash on three occasions, eventually finding what officers believed was cannabis clippings soaked in THC extract. Because everyone throws away their weed, right?

But the “marijuana” was actually discarded tea leaves.

Despite a lab technician saying the tea leaves looked nothing like cannabis leaves or stems, deputies Edward Blake and Mark Burns used notoriously faulty field drug test kits which showed the presence of THC. These supposed field drug tests were the basis for planning the raid, but the deputies never photographed or documented the tests — leading Judge Carlos Lucero to note that these circumstances gave the deputies strong motive to lie.

“The deputies did not photograph any of the substances, nor did they send them to a crime lab for testing,” Judge Joel Carson notes in this month’s 10th Circuit decision. “If the deputies would have sent the wet vegetation to a crime lab for testing, they would have discovered that the wet vegetation was not marijuana but instead was Addie’s loose-leaf tea. Rather than conducting further investigation, the deputies prepared a search warrant affidavit relying solely on the loose-leaf tea found in the garbage and Bob’s shopping trip to a garden store eight months earlier.”

They had to find something on the Hartes, because the JCSO had already scheduled the raid on the Harte’s home. Several routine investigatory steps were ignored, making their search warrant “based on nothing more than gardening supplies and a bag and wet tea leaves in the garbage.”

The list of sheer incompetence goes on. In his written decision in 2017, Lucero used extraordinary language to characterize just how reckless these drug warriors were.

“Law-abiding tea drinkers and gardeners beware: One visit to a garden store and some loose tea leaves in your trash may subject you to an early-morning, SWAT-style raid, complete with battering ram, bulletproof vests, and assault rifles.

Perhaps the officers will intentionally conduct the terrifying raid while your children are home, and keep the entire family under armed guard for two and a half hours while concerned residents of your quiet, family-oriented neighborhood wonder what nefarious crime you have committed. This is neither hyperbole nor metaphor—it is precisely what happened to the Harte family in the case before us.”

During the two and a half hour raid – where heavily armed SWAT team broke in during early morning hours while the children were home – officers frantically searched for anything to justify their debacle, but found only tomato plants and gardening supplies. Knowing the history of no-knock SWAT raids, someone could have easily gotten killed. All the while, the family was terrorized in their own home.

On the day of the raid, 10th Circuit Judge Joel Carson noted in a 2019 opinion, “Bob opened the front door” shortly before 7:30 a.m., “and the deputies flooded in the foyer. Bob ended up on the ground with an assault rifle pointed at or near him. The deputies ordered Addie and the couple’s two young children to sit cross-legged against a wall. A deputy eventually allowed the family to move to the living room couch where an armed deputy kept watch over them.”

Over the course of the next two hours, the cops would look like fools. Carson wrote, “the deputies found the hydroponic tomato garden that was readily visible from the exterior of the home through a front-facing basement window. And after ninety minutes of extensive searching, a couple of the deputies claimed to smell the ‘faint odor of marijuana’ at various places in the residence. A drug-detection dog showed up, but did not alert the officers to any other areas of the house requiring further searches. The dog’s handler also did not smell marijuana.”

The cops had picked the wrong target this time, as both Mr. and Mrs. Harte are former CIA employees and knew a thing or two about research. After the traumatic experience, the Hartes set out to find out why this happened to them. Spending thousands of dollars in legal costs, they were able to procure a probable-cause affidavit.

It was easy to see that the “probable cause” was full of holes, and thankfully the 10th Circuit court actually studied the facts. The reinstated lawsuit included unlawful search-and-seizure claims against 10 deputies, the sheriff who started the fiasco and the Johnson County Board of Commissioners.

“There was no probable cause at any step of the investigation,” wrote Lucero in 2017. “Not at the garden shop, not at the gathering of the tea leaves, and certainly not at the analytical stage when the officers willfully ignored directions to submit any presumed results to a laboratory for analysis.”