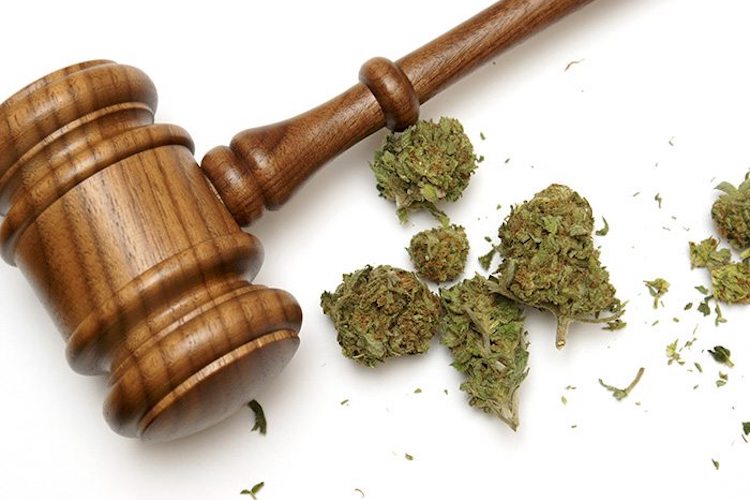 Illinois Governor JB Pritzker on Tuesday granted over 11,000 pardons to people convicted of low-level marijuana convictions in a move impacting residents from 92 counties across the state.

The 11,017 pardons come just ahead of the state comprehensively legalizing cannabis beginning January 1, 2020. The state will become the 11th to legalize the recreational use of marijuana for any adults over the age of 21.

The Hill reports that the pardons were announced at a church on the south side of Chicago, where Pritzker noted that marijuana convictions had held people back from decent housing, good jobs, and financial aid for college.

There are over 700,000 records across Illinois that will be eligible for relief because of the law, including 116,000 convictions for possession of up to 30 grams not associated with a violent offense eligible for expungement.

In a statement, Pritzker said:

“Tomorrow when adult-use cannabis becomes legal, pay attention to the fact that we are beginning to accomplish four very important things: We are ending the 50-year long war on cannabis.

We are restoring rights to many tens of thousands of Illinoisans. We are bringing regulation and safety to a previously unsafe and illegal market. And we are creating a new industry that puts equity at its very core.”

The Cannabis Regulation and Tax Act, which passed with overwhelming bipartisan support, provides a number of different avenues to expunge convictions and arrest records for minor cannabis offenses.

The law has also been hailed by advocates for its various social justice provisions meant to undo the damage done against those who have run afoul of the state’s past prohibitionist policies, especially those belonging to low-income communities of color.

“Every state that has legalized cannabis has seen high demand and long lines in its earliest weeks, and to be sure, our state will too. But unlike other states, in Illinois, we purposely built a system where the market has room to grow, so that entrepreneurs, including especially those from the communities devastated by the war on drugs, will have real opportunities in this industry.”

Civil liberties advocates from the ACLU of Illinois also greeted Pritzker’s move “for acting to address the history of unnecessary and discriminatory enforcement of marijuana laws in Illinois.”

“We know that Black Illinois residents are far more likely to be arrested and convicted for marijuana possession than whites. This is a good step forward as we begin the legal sales of recreational marijuana.”

Under the new law, Illinoisans will be legally permitted to possess up to 30 grams of cannabis flower and up to 500 mg of THC in cannabis-infused products.

Cannabis has been subject to national prohibitionist laws since 1937, when the plant was largely demonized and associated with Mexican immigrants amid rising racist and nativist attitudes supported by federal and local authorities and media outlets. During the 1970s, marijuana was depicted by authorities as a drug serving no medicinal purpose that was simply abused by delinquents seeking to get high.

In 1996, California became the first state to legalize cannabis for medical use, and over 34 states have since done the same. The rollout of Cannabis Regulation and Tax Act makes Illinois the 11th state along with Washington, D.C. that has freed the herb almost entirely for recreational purposes. 18 states have also decriminalized the plant, which still remains illegal under federal law.