Great News! Iceland Won’t Be Killing Any Whales This Year 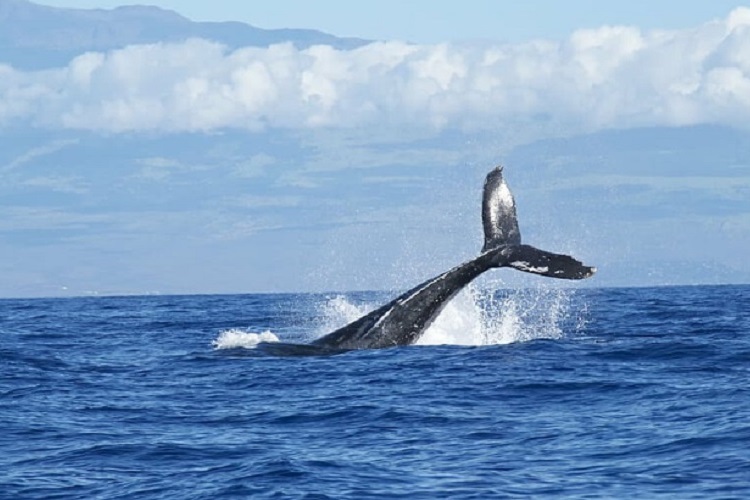 Iceland’s notorious tradition of killing whales may be finally coming to an end.

Earlier this week, one of the country’s two whaling companies announced that it would halt its whaling activities for good. The announcement came mere days after Iceland said that for the second consecutive year, all whale hunts would be canceled.

IP-Utgerd, one of the main companies specializing in hunting minke whales in Iceland, told AFP that it would hang up its harpoons mainly due to regulations introduced by the Icelandic government.

The company, which had been considering whaling with only a single boat in late June or early July, decided that it makes the most financial sense to simply abandon the summer season altogether rather than attempt to get around extended no-fishing coastal zones rolled out to protect marine life.

The delineation of such zones had forced the company to go further and further offshore due to the no-fishing zones, making such activities no longer financially viable in Icelandic waters, the company said.

It is now no longer economical to kill Whales

The country’s largest whaling firm called Hvalur, which specializes in hunting fin whales, is also ceasing its operations for the second year in a row due to stiff competition from Japanese whaling firms, among other reasons.

Hulvar CEO Kristján Loftsson also admitted that the coronavirus pandemic would make it “extremely difficult, if not impossible” for his staff to work as normal due to their close proximity and the need to uphold physical distancing guidelines.

Loftsson also said that most of the whale meat it specializes in procuring is sold to Japan, where it is desired as an “iron-rich dietary supplement for anemia patients.” However, he added that his company is unable to compete with the Japanese whaling industry which is subsidized by the country’s government.

According to Humane Society International, a total of 146 fin whales and six minke whales were killed in 2018, the last year during which Iceland’s whaling fleet was active.

Animal rights advocates have warmly welcomed the news and trumpeted it as a signal that the whaling industry in Iceland may have come to an end.

For the second year in a row, neither of Iceland's whaling companies will be hunting this summer. One of them has even told press that they're stopping whaling for good!#OPSociety @RacingXtinction pic.twitter.com/JyeteGUm9u

“This is indeed terrific news that for a second straight year, vulnerable fin whales will get a reprieve from Hvalur hf’s harpoons, the sole fin whaling company.

“This said, fin whaling has been suspended in Iceland in the past, only to resume. While it looks promising that whaling in Iceland might stop for good, the temporary cessation of fin whaling must become permanent.”

However, Arne Feuerhahn, the founder of Hard to Port, warned that whaling could potentially begin again next year – especially if Loftsson is able to figure out a way to get around COVID-19 guidelines and find a solution to the challenges presented by Japanese firms. He said:

“We’re celebrating the moment that there’s not going to be any whaling, but we’re also aware of the possibility that they’re going to resume next year.

“We have to look at the past, and I know that with fin whaling, Iceland sometimes takes a pause for two years.

“It’s a family business and he [Loftsson] wants to keep it alive, so despite all the problems with the Japanese market, and the problems in Iceland with the [Covid-19] guidelines, he might come up with a solution for it, and we could go back to whaling in 2021.”

Kitty Block, the CEO of Humane Society International, slammed Japan and Norway in a statement for defying the global moratorium on whaling and continuing to slaughter hundreds of animals every year, despite demand for the highly-subsidized whale meat declining.

“The news from Iceland marks a major turning point in the battle against whaling. We are happy that the whaling companies there have realized the futility of this enterprise in the modern world.”