Expert Issues Warning: Decriminalization of Psychedelics is NOT What You Think it Is 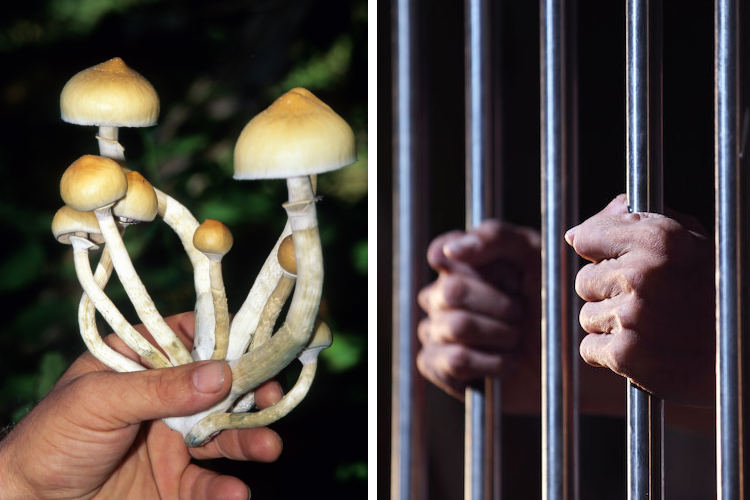 The drug war is the most destructive and the most racist official American policy today. Millions of non-violent criminals filling up the cells and coiffures of the prison-industrial complex, millions of lives ruined and people killed, families destroyed, and dreams crushed. It is violent, deadly, corrupt and an affront to free-thinking people who should have the sovereign right to alter their own consciousness with any substance so long as they do no harm to anyone else.

Times are changing, however, although a bit more slowly than they could and should. Cannabis legalization is moving forward but has stalled out in recent years, and governors in legal states have been slow to release and expunge the records of people incarcerated for possession of this plant.

The drug war, though, is not just a war against substances, it is a war on consciousness.

“There can be no more intimate and elemental part of the individual than his or her own consciousness. At the deepest level, our consciousness is what we are—to the extent that if we are not sovereign over our own consciousness then we cannot in any meaningful sense be sovereign over anything else either. So it has to be highly significant that, far from encouraging freedom of consciousness, our societies in fact violently deny our right to sovereignty in this intensely personal area, and have effectively outlawed all states of consciousness other than those on a very narrowly defined and officially approved list.” ~Graham Hancock

Ever so slowly, research into the therapeutic benefits of psychedelic substances has been making the case that these drugs are the least harmful of the DEA scheduled drugs, and that they can be effectively used to treat mental health issues like depression, PTSD, and even benefit end-of-life patients cope with and understand their impending death.

For this, a few states and cities in America have bypassed federal law and created legislation to decriminalize possession and usage of psychedelics including mushrooms and ayahuasca. Oakland, CA passed this in 2019, following the lead of Denver, CO, while the state of Oregon should see similar measures on the ballot soon.

While this news was cause for celebration for advocates and users of these substances, the term ‘decriminalization’ is misleading, and in the muddled world of state vs. federal drug laws, it turns out the it is far more dangerous than people realize.

The main issue is that a change in local laws has no bearing on federal laws, and while communities may wish to stop locking people up for possession, the DEA is still going full bore with the war on drugs. Furthermore, decriminalization does not mean the same thing as ‘legal,’ but merely means that local police departments put these offenses on a lower enforcement priority. If the cops want to bust you, they can and they will.

Commenting on this, and issuing a warning to those who may not fully understand the risks still involved, mycologist William Laird Goss III recently posted about how this is playing out. Citing an article about a man who was hunted down by the feds for growing and selling magic mushrooms in the Denver area after decriminalization was enacted. 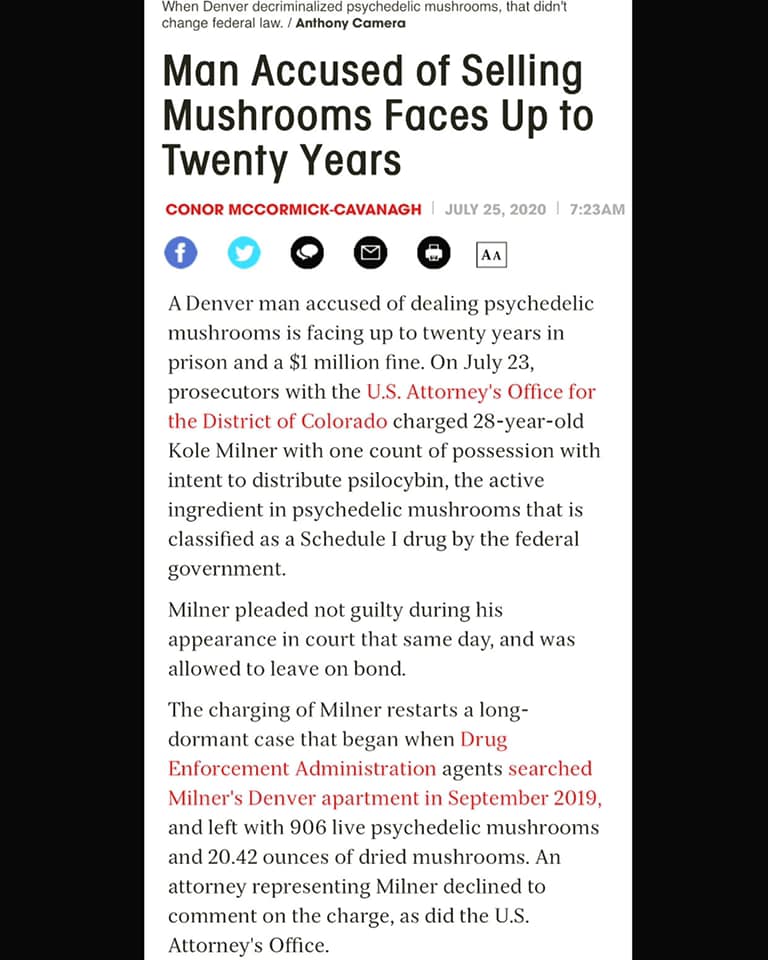 “Every day we get asked “Now that Magic Mushrooms and Entheogenic plants are decriminalized, how do I go about buying or selling in my area?” Well, the simple fact is that it’s actually still not decriminalized. For example:

The DEA does not give a fuck about decriminalization. People possessing, growing, selling, buying, giving away mushrooms, or any psychedelics, are not safe or protected by “lowest law enforcement priority” Decriminalize Nature citywide resolutions. Police departments in decriminalized cities can arbitrarily decide what’s a priority to them, and can add charges to your arrest which will get you locked up for a long time. Additionally, the county and state law enforcement agents don’t have to abide by city resolutions either. Decriminalize Nature city resolutions also fail to address record expungement for folks currently convicted and behind bars. We believe criminal justice reform should be a prerequisite for any and all drug policy, which is why we’ve made it our number one priority in the California Psilocybin Decriminalization Initiative.

Who here would like to help start the Psilocybin Defense Fund for all the people that are going to get arrested for misinterpreting the new decriminalization policies? If there any lawyers out there interested, please contact us.” ~William Laird Goss III, Mycology Director at Decriminalize California

The message for people in these communities is ‘be careful, be discreet, and be smart, because the long arm of the law is most unforgiving.

This article (Expert Issues Warning: Decriminalization of Psychedelics is NOT What You Think it Is) was originally created and published by Waking Times and is published here under a Creative Commons license with attribution to Isaac Davis and WakingTimes.com. It may be re-posted freely with proper attribution, author bio, and this copyright statement.