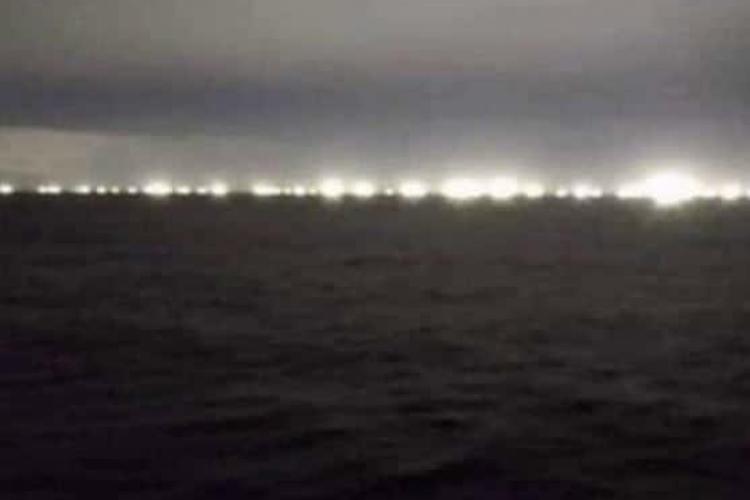 Months ago we highlighted how Argentina has long sought to push a massive fleet of foreign fishing vessels, mostly Chinese, out of its Exclusive Economic Zone (EEZ), which are eager to at night illegally sweep up squid and other abundant fish just off the South American coast line.

Now Ecuador is dealing with the same problem, but it’s gaining increased international attention given Chinese fishing vessels are said to be encroaching around the protected and ecologically rich Galapagos Islands off Ecuador’s coast.

For years these foreign vessels have been source of controversy, especially following a 2017 incident wherein a Chinese ship was caught inside the Galapagos Marine Reserve with a 300 ton load of mostly sharks, especially the extinction-threatened hammerhead.

A new FOX report describes that “A large fleet of some 260 Chinese fishing vessels has been spotted in the waters surrounding the Galápagos Islands off the coast of Ecuador, the country’s navy officials said last week.”

Like other countries which has a sprawling South American coastline, crucial for the local economy, the Ecuadorian Navy has remained on high alert for illegal fishing conducted by foreign vessels.

“We are on alert, conducting surveillance, patrolling to avoid an incident such as what happened in 2017,” Ecuador’s Defense Minister Oswaldo Jarrin announced this week.

“There is a corridor that is international waters, that’s where the fleet is located,” he added. 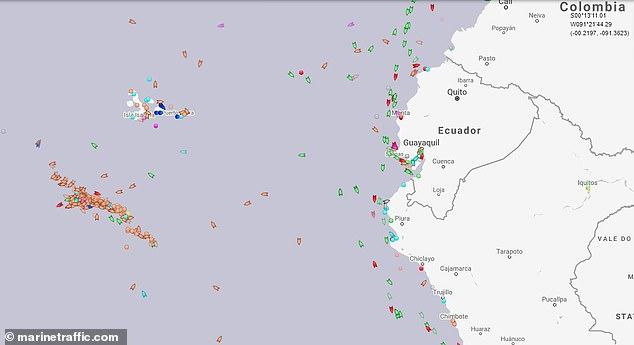 The nine-island archipelago made famous in the 19th century by naturalist Charles Darwin’s scientific discovery travels have for decades been listed as a protected Unesco world heritage site, as well as a 188-mile radius surrounding it.

Ecuadorian officials have slammed the large fleet as “aggressive” and “a threat” to the delicate marine life ecosystem of the Galapagos.

Interestingly, even US Southern Command took note and tweeted about it via its official account:

WATCH: About 260 Chinese fishing boats have been detected in the ocean surrounding the #Galápagos islands off #Ecuador, according to the country’s navy. The ships, found just outside a protected zone, raise the prospect of damage to the marine ecosystem. https://t.co/OnoHFCwtFb

In response, Ecuador is leading an international push to have its exclusive economic zone expanded to include a 350-mile radius out from the islands, in order to give its navy greater authority to push foreign vessels further from Galapagos waters.