During The Pandemic Small Farms And Farmer’s Markets Are Booming 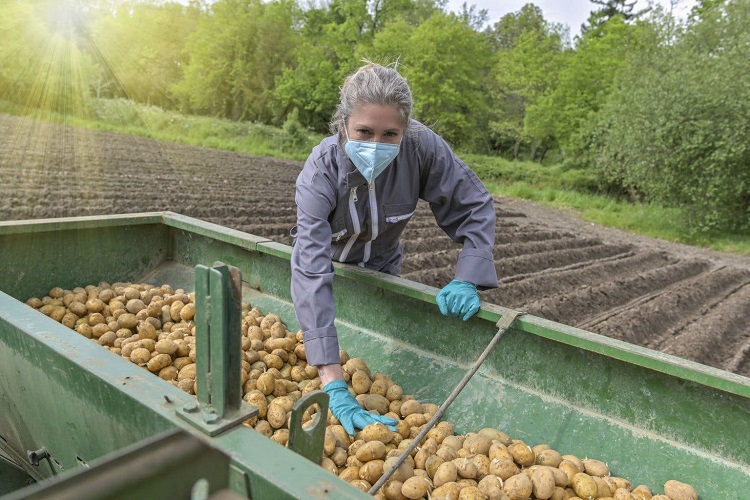 Even before the coronavirus pandemic, there has been a strong push towards organic, local farm produce over the past few decades.

The organic movement actually started in the early 1900’s. Since the 1970’s it has increased in momentum and over the past 20 years the movement has rapidly gained in popularity as we’ve become more aware of what goes into our food and how it affects us.

Now, along the west coast of America, farmers are showing that through innovation and by working together and forming Community Supported Agriculture (CSA) alliances, local farms can overcome and potentially even thrive amidst the crisis.

One of the issues local farms have had to face is the closure of the restaurant industry in the United States.

Chez Panisse, a restaurant in Berkeley California, found itself in this situation. Since 1971, chef Alice Waters has based the restaurant’s cuisine exclusively on fresh produce sourced direct from local farms.

Concerned at no longer being able to support local suppliers through her restaurant, Waters set up a subscription CSA which has been providing residents with weekly food boxes made by local farms.

“I’m trying to connect our network with the people who would like to have that food in their home,” she said.  “We can sort of skip the restaurant for now. We could help people do the cooking in their own kitchen.”

Long term relationships between farmers and consumers are a key element of the plan. To achieve this, local grassroots networks and digital markets are quickly being implemented.

Community Alliance with Family Farmers are one of the organizations which has stepped in to help bridge the gap between farmers and customers. They have provided educational webinars as well as software, legislation and funding sources.

Longstanding nonprofit organization Farm Trails have offered their website as a trading node and in its first two days of operating, web traffic increased by 1000%.

“We know our farmers well,” executive director Carmen Snyder explained. “We did outreach to them to see what they had. Spirit Works had plenty of alcohol, so they started making lavender sanitizer, giving it away to first responders and health care workers, and selling the rest at the local hardware store.”

F.E.E.D. Sonoma is another Bay Area food cooperative which has quickly adapted in the crisis, shifting its focus from serving restaurants to compiling and distributing food boxes.

“Our local food system is extremely diverse,” said co-founder Tim Page, “We have a ton of small farms but we don’t have the infrastructure to support them. That is what F.E.E.D. is trying to establish.”

Could local farms be the way for the future?

It’s because of the pandemic that more people are cooking at home rather than relying on take-out or ready-made supermarket meals.

Ideally, this shift towards eating healthy, organic and locally produced food should be the way forward; people would be healthier and small, organic farms could survive and flourish.

However, the path won’t be an easy one, as mass-produced, sometimes genetically modified produce remains cheaper. With other issues to face – such as fires, floods, and climate change, it could become critical for local farms to be seen as viable food options.

“How bold will people get in the months ahead to demand real change? My hope is they will get more radical,” said Michael Dimock, president of Roots of Change – a nonprofit which advocates for transforming the food supply system in California.

Roots of Change is pushing for a government tax on sugar-based beverages in order to provide funding for the support of local farms.