Do Animals Have Emotions? Baby Elephant Cried For 5 Hours After Mother Rejected Him 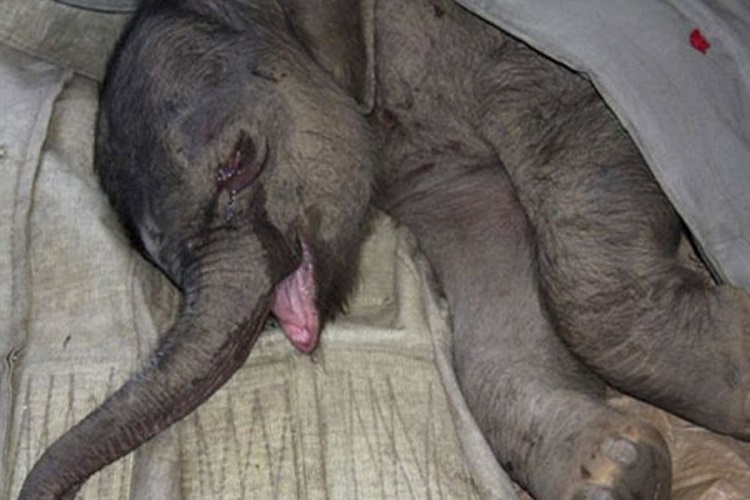 There are many people who say that animals don’t have feelings, but the evidence of animal consciousness is all around us. One of the most heartbreaking examples of animals showing emotions was reported by the Huffington Post in 2013, when a baby elephant cried for five hours after his own mother attacked and abandoned him at the Shendiaoshan Wild Animal Nature Reserve in Rongcheng, China.

The mother attacked the young elephant and abandoned it because of the confined situation that it was in. In the wild, the birthing process for an elephant is a community event, with many other elephants helping and caring for the baby after it is born. The birthing process is extremely painful for the mother, which is why the community pitches in to help. When an elephant gives birth alone, or without a community for support, there is a good chance the mother will reject the calf.

Employees at the zoo said that the baby elephant was crying for five hours before it could be consoled.

Zoo employees have been caring for the young elephant, and he is said to be doing better, according to The Huffington Post’s translation of a Shandong TV report. However, after the incident, the mother became depressed and refused to eat for a short period of time.

Elephants are known to be incredibly emotional creatures, and have even been witnessed grieving over the bones or body of a deceased friend or family member. Many other creatures in the animal kingdom have shown that they are capable of feelings as well.

Marc Bekoff, emeritus professor at the University of Colorado, Boulder, is one of the pioneering cognitive ethnologists in the United States. In his paper, “Aquatic Animals, Cognitive Ethology, and Ethics,” Bekoff compiled a review of the literature on sentience in fish and other water-dwelling animals.

In the study, 304 cockroaches with RFID chips placed on their backs were led through a variety of settings, both light, and dark. The scientists measured how quickly the cockroaches were able to find food and shelter. They discovered the cockroaches would all behave differently even when subjected to the same external stimulation.

On July 7, 2012, a prominent international group of cognitive neuroscientists, neuropharmacologists, neurophysiologists, neuroanatomists, and computational neuroscientists gathered at the University of Cambridge to assess the conscious experience and related behaviors in human and non-human animals. The statement they wrote is known as the Cambridge Declaration on Consciousness. This international team of scientists stated that “Convergent evidence indicates that non-human animals have the neuroanatomical, neurochemical and neurophysiological substrates of conscious states along with the capacity to exhibit intentional behaviors.”