COVID-19 Destroys The Weakest And Poorest 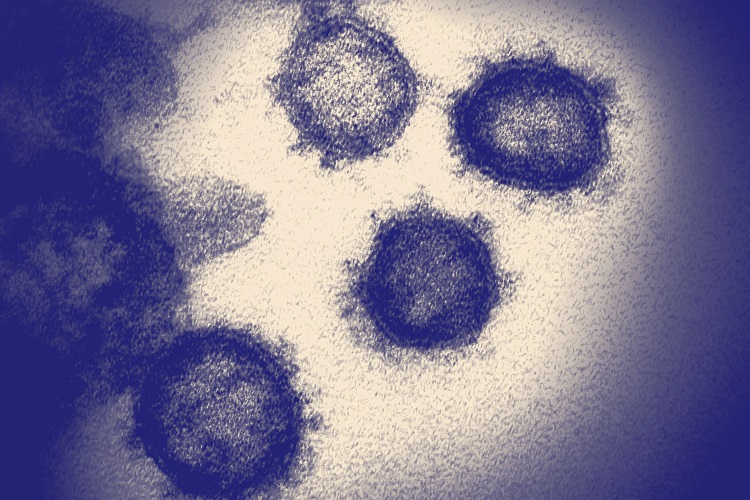 COVID-19 has been called the great equalizer, but nothing could be further from the truth. The disease clearly affects certain groups far worse than others, and the countermeasures implemented to quell the outbreak have been a phenomenal boon for wealthy globalists while decimating the livelihood, and perhaps even the will to live, of the average person. As reported by IPS News:1

“According to the latest ILO reports,2 as job losses escalate due to lockdowns, nearly half of the global workforce is at risk of losing livelihoods, access to food and the ability to survive.

The World Economic Forum states that ‘With some 2.6 billion people around the world in some kind of lockdown, we are conducting arguably the largest psychological experiment ever.’3

As governments and corporations tighten political authoritarianism4 and technological surveillance, curtailing privacy and democratic protest, much of humanity is succumbing to anxiety, depression and a sense of powerlessness.”

An ever-growing number of doctors, academics and scientists are now questioning the origin of the virus, the validity of using PCR tests to diagnose “cases,” the usefulness of face masks, the questionable classification of COVID-19 deaths, the suppression of scientifically verified methods of prevention and treatment, and the safety and usefulness of COVID-19 vaccines.

There are clear problems in all of these areas, yet questions and logical thinking have been, and continue to be, met with harsh resistance and denial.

Those leading the charge in terms of pandemic responses — most notably the World Health Organization, media companies and Big Tech — have not been shy about their censoring of counter-narratives, almost without exception. Even military information warfare units are being deployed in the fight against “anti-vaccine propaganda.”5

When it comes to the disease itself, we now know certain comorbidities significantly raise your risk of complications and deaths. Among the top ones are obesity, insulin resistance and vitamin D deficiency.

While these conditions are exceptionally common overall, they’re particularly prevalent in Black and indigenous communities, and when combined with inadequate access to health care, these groups also end up being disproportionally affected by COVID-19. As noted by IPS News:6

“The disproportionately higher rates of COVID deaths among American Indians and Alaska Natives,7 for example, are due to higher rates of obesity, diabetes, asthma and heart disease than among more privileged U.S. communities.”

Research8 suggests even mild obesity can influence COVID-19 severity, raising the risk of respiratory failure by 2.5 times and the risk of needing intensive care by nearly five times. Inflammation triggered by obesity is also thought to be responsible for the threefold greater risk of pulmonary embolism (blood clots in the lungs) seen in obese COVID-19 patients.9,10

Certain groups — particularly the elderly and those with darker skin — are also far more prone to the illness due to the fact that they’re also at highest risk for vitamin D deficiency.

While the media and political and economic institutions claim the pandemic narrative is based on scientific consensus, this clearly isn’t the case. There’s no evidence supporting universal mask use, for example, and there’s even less scientific support for lockdowns — a strategy based on a high school project that won third place.11

James Corbett of the Corbett Report discusses this shocking revelation in the video above. As it turns out, the young girl’s father is Robert Glass, a senior researcher at Sandia National Laboratories, who worked on pandemic emergency response plans for the U.S. Department of Homeland Security.

His proposal to shut down schools and businesses in the case of an influenza pandemic was published in the November 2006 issue of the journal of Emerging Infectious Diseases.12

Now, as many small businesses are failing thanks to months-long shutdowns and employment opportunities look bleak in many areas, government leaders around the world are suddenly joining the World Economic Forum in calling for a Great Reset of the economy.13

This hardly seems like a random coincidence. This plan, which has been brewing for decades, will further empower and enrich wealthy, unelected powerbrokers while enslaving and impoverishing everyone else.

The fact that the pandemic has been used to shift wealth from the poor and middle class to the ultra-wealthy is clear for anyone to see at this point. As reported by IPS News:14

“The combined wealth of U.S. billionaires ‘surpassed $1 trillion in gains since March 2020 and the beginning of the pandemic,’ according to a study by the Institute for Policy Studies.15”

While 45.5 million Americans filed for unemployment, 29 new billionaires were created, the Institute for Policy Studies reported in June 2020,16 and the five richest men in the U.S. — Jeff Bezos, Bill Gates, Mark Zuckerberg, Warren Buffett and Larry Ellison — grew their wealth by a total of $101.7 billion (26%), between March 18 and June 17, 2020, alone.17

“The disparity in treatment of big box stores and small retailers is striking — and illogical. Why is it safe to shop with hundreds of people in a Walmart but unsafe to shop in a store that can only hold a fraction of that?“

Pandemic profiteers include big tech companies like Zoom and Skype, along with some of the largest retailers. Walmart and Target report record sales this year.18 And no wonder, when they’ve frequently been the only places that haven’t been shut down. Online retailers like Amazon19 and Wayfair20 are also boasting record revenues.

The disparity in treatment of big box stores and small retailers is striking — and illogical. Why is it safe to shop with hundreds of people in a Walmart but unsafe to shop in a store that can only hold a fraction of that? Why has the largest retailers been allowed to remain open while mom and pop shops have been forcibly shut down? It makes no sense, yet the targeted destruction of small businesses continues. As noted by IPS News:21

“The COVID pandemic has not been the ‘Great Equalizer’ as suggested by the likes of New York Governor Andrew Cuomo and members of the World Economic Forum. Rather, it has exacerbated existing inequalities along gender, race and economic class divides across the world.22”

That the COVID-19 pandemic is a form of class war is also evident in the way rules are enforced. While citizens are told what to do, those who lay down the rules repeatedly break them. It’s “rules for thee, not for me.”

In the eight-minute video above, YouTuber Joey B. Toonz highlights the hypocrisy of government officials who restrict public gatherings but keep a different set of rules for themselves.

From telling people they have to wear masks between bites to closing down indoor gatherings at dining establishments and small businesses across the country, the hypocrisy of different states’ governors is blatant.

Threatening criminal citations and even arrest, these governors demand obedience “for the public good.” It’s all about “saving lives,” they say. Yet these same governors continue living life more or less normally, socializing and traveling as they always have, without repercussions.

White House news reporters don’t get off the hook, either, as the video shows how they, too, have one standard for the president and the public and a different set of rules when they think the cameras are off.

The hypocrisy of the ruling class makes the restrictions all the more difficult to bear, as it’s becoming increasingly clear that there really are two sets of rules, and they’re based on class.

There’s the haves and the have nots, and those with meager finances are also disproportionally robbed of their freedom to socialize and travel, which is just as devastating as not being allowed to make a living. The video highlights the case of an elderly woman who asked to be euthanized because she just couldn’t take the restrictions any longer.

At this point, it should be obvious for anyone paying attention that the pandemic is being prolonged and exaggerated for a reason, and it’s not because there’s concern for life. Quite the contrary.

It’s a ploy to quite literally enslave the global population within a digital surveillance system23 that is not of our own choosing — a system so unnatural and inhumane that no rational population would ever voluntarily go down that road.

“The ‘Great Reset’ seeks to … expand corporate control of natural resources and state surveillance of individuals,” IPS News writes.24 “In the post-pandemic ‘Great Reset,’ there would not be much life left outside the technological-corporate nexus dominated by monolithic agribusiness, pharmaceutical, communication, defense and other inter-connected corporations, and the governments and media serving them.

The proponents of the ‘Great Reset’25 envisage a Brave New World where, ‘You will own nothing. And you will be happy. Whatever you want, you will rent, and it will be delivered by drones.’

But it is more likely that this elite-led revolution will make the vast majority of humanity a powerless appendage of technology with little consciousness and meaning in their lives.”

It should also be clear that most if not all pandemic restrictions to freedom are meant to become permanent. Indeed, they’re bound to become even more restrictive and invasive once plans for health passports, an all-digital currency, standard basic income, debt forgiveness in return for relinquishing all future rights to private ownership, digital IDs and a social scoring system are fully implemented.

If this is the first time you’re hearing any of this, be sure to review “Who Pressed the Great Reset Button?” “The Pressing Dangers of Technocracy,” “The Global Takeover Is Underway” and “Coronavirus Fraud Scandal — The Biggest Fight Has Just Begun.”

Now’s the Time to Fight Back

It’s important to understand that now’s the time to fight back: to resist any and all unconstitutional edicts. Once the “new world order” is in place, you will no longer be able to do a thing about it.

Your life — your health, educational and work opportunities, your finances and your very identity — will be so meshed with the automated technological infrastructure that any attempt to break free will result in you being locked out or erased from the system, leaving you with no ability to learn, work, travel or engage in commerce.

It sounds far-fetched, I know, but when you follow the technocratic plan to its inevitable end, that’s basically what you end up with. The warning signs are all around us, if we’re willing to see them for what they actually are. The only question now is whether enough people are willing to resist it to make a difference.

We must keep pushing for transparency and truth. We must insist on medical freedom and personal liberty. Do not allow yourself to be bullied into silence.

And, even more importantly, release the fear. It’s a fearful public that allows the technocratic elite to dictate the future and rip away our personal freedoms. It’s fear that allows tyranny to flourish. Really look at the data, so you can see for yourself that panic is unwarranted.

For practical strategies on how you can respond in light of all the tyrannical interventions that have been imposed on us, check out James Corbett’s interview with Howard Lichtman below. I also recommend reading “Constitutional Sheriffs Are the Difference Between Freedom and Tyranny.”

Take Control of Your Health

Last but not least, now is also the time to take control of your own health. Remember, insulin resistance, obesity and vitamin D deficiency top the list of comorbidities that significantly raise your risk complications and death from COVID-19. These are also underlying factors in a host of other chronic diseases, so by addressing them, you’ll improve your health overall.