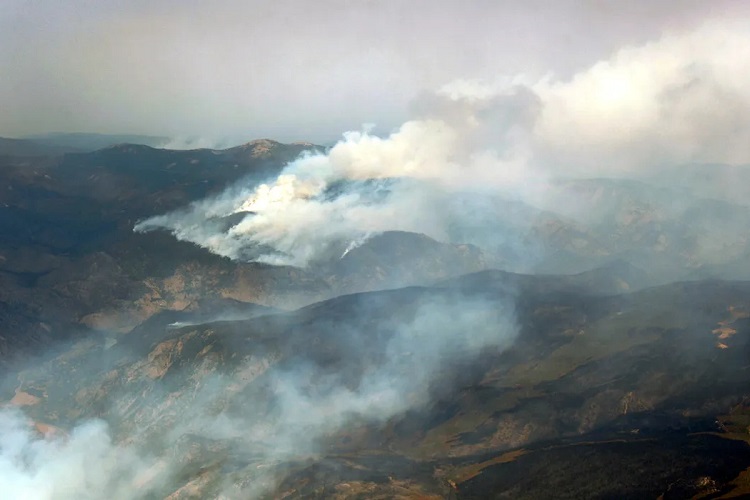 For the second time this year, Colorado is battling the largest wildfire in state history.

Here is the #CameronPeakFire map created with data from the multi mission aircraft (MMA) flight earlier today. The map includes the most up-to-date acreage of 158,300 acres. There are 1,011 personnel on the fire and containment has been measured at 56%. https://t.co/oVqK3XxS6K pic.twitter.com/oCSI9eF18K 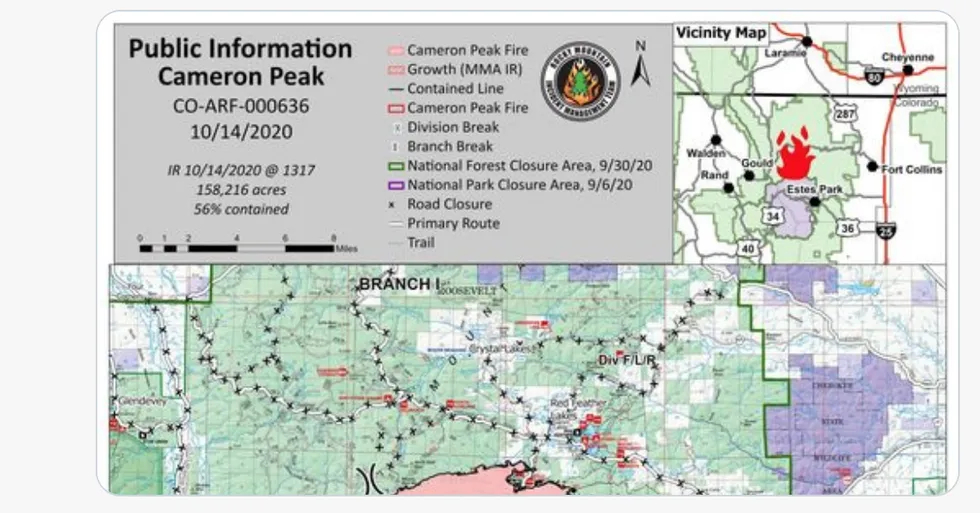 “This really was almost an epic day for doing evacuations and again, for everybody that’s been moved, I know it’s extremely difficult,” officials said Wednesday night, as CBS4 Denver reported. “We do know that we lost structures today and for anybody who is impacted, you know, our heart goes out to you.”

One family lost two cabins they owned in the Buckhorn Canyon area.

“The materials is one thing,” Parker Hutchinson told CBS4 Denver. “But the amount of family heirlooms and just the memories of that area, they’ve been burned.”

Despite these individual tragedies, Larimer County Sheriff Justin Smith said the day could have been even worse.

“We have no reported injuries, no deaths, a lot fewer structures were impacted that we truly anticipated based on what we saw with that said, there’s certainly a lot of folks that got hit,” he said, as Colorado Public Radio reported.

Time lapse sent by a colleague (with permission to share), taken near the mouth of the Big Thompson canyon #cameronpeakfire pic.twitter.com/ECSrjFStSi

The Cameron Peak fire has been burning since Aug. 13 in the Arapahoe and Roosevelt National Forest. It has persisted despite a snowstorm in early September and more snow on Sunday, fueled by high winds and drought. It had already destroyed or damaged 99 structures before exploding Tuesday, and officials said conditions were still too dangerous to assess the total number of buildings impacted in the last 24 hours. It is now 56 percent contained and more than 1,000 people are fighting it.

The fire is burning to the west of Fort Collins, but Smith said he did not think the flames would reach that more populous area or the nearby city of Loveland because they are protected by bodies of water and a lack of the heavy timber that feeds the flames.

The two largest fires in Colorado history both ignited this year. The Cameron Peak fire unseated the Pine Gulch fire, which burned 139,007 acres over the summer and held the record for only 48 days.

As of August, 2020 was Colorado’s third driest year on record and twelfth warmest, according to Colorado Public Radio. Almost a fourth of the state is experiencing extreme drought. These fire-fueling conditions are in line with what scientists say the climate crisis will do to the state.

“What we’re seeing here is indicative of the fact that when the hot, dry years come around, they’re hotter than most of the time when they’ve occurred in the past,” state climatologist Russ Schumacher told Colorado Public Radio. “And that’s pretty well in line with what climate projections have been saying for some time.”