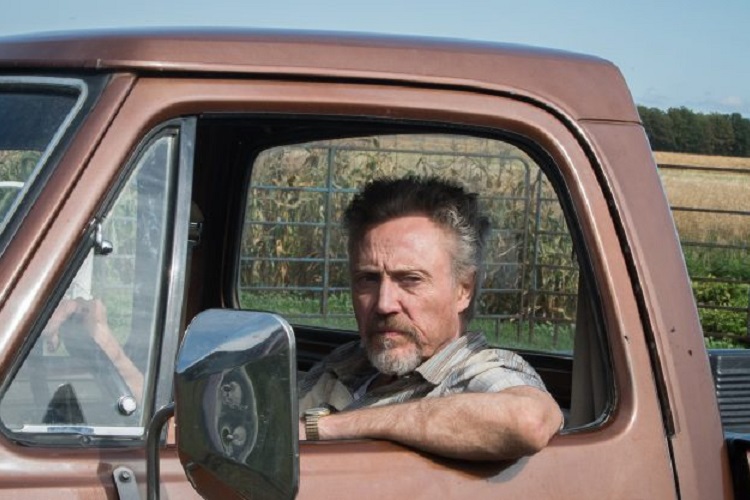 It’s not everyday Hollywood actors lend their celebrity to criticize corporate behemoths like Monsanto. Yet that’s exactly the case with the upcoming independent film ‘Percy,’ starring Christopher Walken and directed by Clark Johnson. The movie hits theaters Oct. 9 and is based on the true story of a legal battle between the agribusiness giant and an independent Canadian canola farmer, Percy Schmeiser.

Schmeiser’s real life tale begins in 1996, a significant year for the history of genetically modified (GM) crops. It’s the year Canada became one of the first six countries to introduce GM seeds commercially, including seeds Monsanto engineered to tolerate its herbicide, Roundup.

That year, Schmeiser found Monsanto’s GM canola seeds on his farm and saved some of them to plant the next year. Schmeiser had been saving seeds for decades, to plant the following season.

Schmeiser was a self-proclaimed “seed-saver.” He had been developing his own disease-resistant seeds for nearly 50 years. His technique of saving seeds and his pride in his work were the things that defined him.

So, when Monsanto sued him for patent infringement in 1998, it came as a complete surprise. He then found out that one of Monsanto’s private investigators had taken canola samples from a road alongside one of his fields and found Monsanto’s patented genetic material.

Monsanto requires that farmers who buy its seeds agree not to save any for replanting.  Yet since Schmeiser never purchased Roundup Ready seeds himself and hadn’t entered into such an agreement, Monsanto was telling him he committed a crime by simply planting seeds found on his own land.

The trial judge ruled in favor of Monsanto, writing that Schmeiser infringed upon Monsanto’s patent, which supported the company’s claim to own a living organism. When Schmeiser appealed, the Federal Court of Appeal upheld the ruling — treating the seed like any other man-made patented good, setting a historic precedent.

“The ruling promises nothing less than a profit-driven genetic apocalypse,” Earth Island Journal wrote of the decision in 2001.

When Schmeiser eventually brought the case to the Supreme Court of Canada in 2004, it ruled 5-4 against him, writing that he had violated Monsanto’s patent by growing canola with the Roundup Ready gene. “It’s not nearly the victory that we were looking for,” Schmeiser said of the decision at the time.

Yet the court also ruled 9-0 that Schmeiser didn’t have to pay Monsanto “one red cent,” as Schmeiser put it, since he didn’t profit from the patented product.

Schmeiser saw the partial victory as positive, since it was one of the first and most high-profile cases where a corporation claimed to hold a patent on life. “We brought the world’s attention to what GMOs [genetically modified organisms] do and what it could do to farmers,” Schmeiser told CBC in 2018.

Additionally, Shmeiser said that throughout the process, Monsanto employed carnivorous tactics in an effort to cripple him financially. “They tried to seize all our farmland, our farm equipment, so they could stop us, because we were using mortgages on our farmland to pay for our legal bills,” Schmeiser told Democracy Now! in 2010.

Mongrel Media, the distributor of the film, sees the new film as a chance to get Schmeiser’s story out to a wider audience.

“Ultimately, through his David and Goliath battle, Percy helped stall the spread of GMOs, and the takeover of our food system by greed-driven corporate interests,” Mongrel Media stated. “It is with great anticipation that we await the release of the movie,” founder of Moms Across America Zen Honeycutt told Children’s Health Defense. “An exposé on how our food supply has been hijacked and monopolized by the likes of Monsanto is a one that every human on the planet should see.”