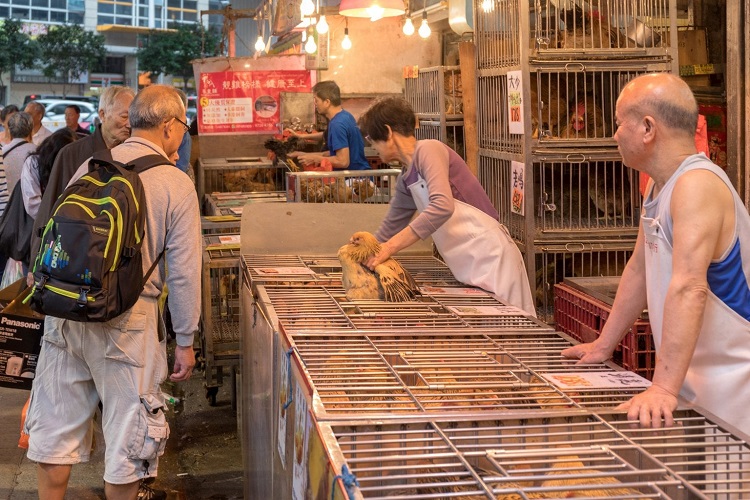 In light of the rapidly spreading coronavirus, China has announced plans to ban illegal wildlife trade and escalate supervision on “wet markets.” The initiative, which is supported by animal rights activists, aims to slow or prevent the spread of the contagion.

As Business Insider reports, the Wuhan coronavirus (2019-nCoV), is believed to have originated in a wet market in Wuhan in the province of Hubei. The markets are known to sell both live and dead animals. Oftentimes, the cargo is poorly regulated.

Since the outbreak, over 1,000 people have died in China. Worldwide, more than 43,000 people are affected. In early February, the Politburo Standing Committee, the most powerful body of the Chinese Communist Party, announced that it recognized its “shortcomings” in its response to the outbreak. Furthermore, the committee announced that it would “severely crack down” on illegal wildlife markets.

“It is necessary to strengthen market supervision, resolutely ban and severely crack down on illegal wildlife markets and trade, and control major public health risks from the source,” said the committee in the statement.

Wuhan 2019-nCoV is a zoonotic disease, which means it originated from animals. Experts theorize that the virus spread from bats, to snakes, to people.

The ban is just one initiative the Chinese government has proposed to prevent the spread of the virus. Other methods include panic-building two hospitals and introducing quarantines throughout the country.