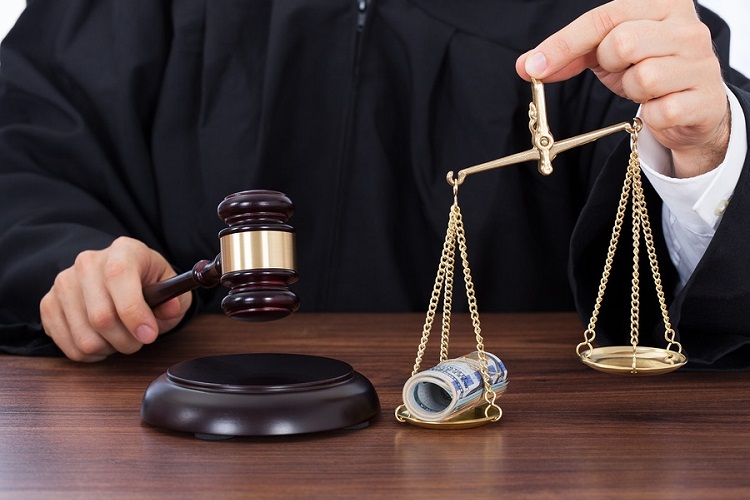 Steven Donziger, a lawyer who recently received the support of 29 Nobel laureates and thousands of lawyers around the world, helped the indigenous people of Ecuador’s Amazon win a historic judgment in 2011 against Chevron. Since then, Chevron has joined forced with U.S. judge Lewis A. Kaplan to abusively target Donziger in New York in a series of unprecedented legal actions that have wiped out his assets. The corruption has depleted Donziger’s resources, and stopped Steven’s ability to earn a living – to the point where Donziger seeks donations for his legal defense.

Now, Chevron is being formally accused by Donziger’s attorneys of owning legal officials. Calls for the reinstatement of the lawyer’s illegally revoked law license now stretch to over 475 lawyers, legal organizations and human rights groups, according to the International Association of Democratic lawyers.

Donziger has been defended by NGOs, politicians and even rock legend Roger Waters of Pink Floyd, all calling for the reinstatement of his law license as this writer previously reported.

He’s a huge help to the public interest, in my view. He presents something of a threat to corporate America, which is why he’s being demonized and vilified, which is why his license is being suspended.

Several other people have spoken out about what’s going on with Donziger, and some have even testified at his hearing.

“In my work I’ve met a lot of people in pursuit of accountability, and Donziger is right up at the top of those. He has done an unbelievable job.” – Simon Taylor, founder of Global Witness

“All evidence to the contrary that Steven is a threat to the public.” – Public interest attorney Zoe Littlepage

“He’s a completely honorable man representing people grievously harmed. What he and his family have gone through is unbelievable. He’s been attacked and demonized to distract the American courts and world public from the fact that Chevron committed a crime and owes the people of Ecuador for a cleanup.” – Rex Weyler, co-founder of Greenpeace

It has been some time since Activist Post last updated readers about the case against Steven Donziger. New legal documents have surfaced, filed by Donziger’s attorneys, accusing judges of being bought and paid for by the corporate oil giant Chevron.

This is something this writer also made note of in a series of articles questioning the case, asking why Donizger had his law license revoked when it was other corrupt parties that deserved disbarment and not the lawyer who fought for the Amazonian Ecuadorian people (here, here and here).

Activist Post has been covering the story of Steven Donziger since last year when this reporter first learned about the judicial abuses and deplorable actions of NY District Court Justice Lewis Kaplan in favor of Chevron. For the past almost 10 months, Donziger has been forced under house arrest with an electronic bracelet on his ankle for defending the Ecuadorian Amazonian people against big oil’s environmental damages.

Last year in August, Activist Post reported that Donziger faced house arrest after Judge Kaplan ordered a Special Prosecutor to indict Donziger, as well as yank his passport, punishing him even further.

I will quickly summarize previous stories in this corrupt saga and give the reader some background information.

For over a decade, New York lawyer and activist Steven Donziger, of Donziger and Associates, has been fighting Chevron after the oil giant bought out Texaco. However, just when we think we’ve seen it all in the Chevron case, NY District Court Justice Lewis Kaplan seeks to prove we ain’t seen nothing yet. Judge Kaplan wants Amazonian lawyer, Steven Donziger, destroyed, at all costs!

On September 17th, I (Paul Paz y Miño) testified on behalf of Donziger at a formal bar licensing hearing in New York, where for the first time witnesses were able to address the facts of Chevron’s fraud in bringing its retaliatory civil RICO (“racketeering”) case designed to try to undermine the legitimate $9.5 billion judgment won by Ecuadorian communities in 2011.

Several witnesses at the hearing explained how Chevron and its lawyers at the infamous Gibson, Dunn & Crutcher firm – led by Randy Mastro, former deputy mayor to Rudy Guiliani – engaged in unethical and illegal acts to target Donziger based largely on the testimony of a corrupt witness who was paid at least $2 million by the company and who later admitted to lying under oath. Many respected lawyers, authors, and activists also testified on Donziger’s behalf. Without exception, all described Donziger as a man dedicated to justice in Ecuador on behalf of Chevron’s victims, who was framed by Chevron and its corrupt witness Alberto Guerra, who claimed without any corroborating evidence that Donziger had approved a bribe to a judge,” Paul Paz y Miño, Amazon Watch’s Director of Outreach wrote.

Judge Kaplan denied a jury for the Ecuadorian villagers’ case against the oil company while Kaplan had investments in the oil companies, which is a requisite for Judge Kaplan to be recused from the case. The judge also flatly refused to allow the victims (who suffer illnesses from Texaco/Chevron toxic waste) he referred to as “plaintiffs” to produce evidence about massive environmental contamination caused by the oil giants.

Instead, Judge Kaplan threatened Donziger with massive fines for refusing to give his computer and cell phone to Chevron (which would violate the sacrosanct attorney-client privilege).

Kaplan has proven he is a lapdog for Chevron time and time again. In June, one single day after this writer’s first article was published, the judge escalated his abuse even further against Donziger by issuing a cruel and unusual punishment.

The tyrannical Kaplan ordered Donziger to face fines up to $200,000 per day and to seize his passport for each day that he fails to turn over attorney-client privileged information.

Chevron is already on public record claiming that Donziger doesn’t have enough money to satisfy the $800,000 judgment Justice Kaplan has egregiously awarded Chevron, on top of the now-ordered $200,000 a day fine.

When Donziger refused to do so, the out-of-bounds Judge Kaplan asked the Southern District of NY U.S. Attorney’s office to prosecute Donziger for contempt.

Steven Donziger is now fighting to restore his right to practice law after his license was suspended without a hearing, an unfathomable case. The case is based entirely on the retaliatory RICO suit and testimony by a bribed witness who admitted they lied, as Activist Post’s Derrick Broze reported in 2015.

Kaplan has been working on behalf of Chevron, who claims that Donziger committed fraud, bribed a judge in Ecuador and ghost-wrote the Ecuadorian verdict. All statements that are proven to be completely false by both testimony and forensic evidence. However, because no U.S. court would consider that evidence, Judge Kaplan’s RICO verdict still stands. Even though his court order is still active and Donziger is being punished, the findings have been thoroughly discredited and even rejected by 17 appellate judges in Ecuador.

It is highly ironic that Donziger is being accused of fraud and bribery, since the sole witness Chevron utilized against him is an Ecuadorian Judge Alberto Guerra. Guerra was thrown off his bench for corruption, admitted to lying, and Chevron confessed the witness had been paid $2 million dollars, Alternet reported.

Kaplan also dismissed the fact that Guerra was being paid $12,000 a month by Chevron, as well as being supplied with a personal lawyer and a car under the company “witness-protection program.”

The abuse of due process is unrelenting as Judge Kaplan continuously demonstrated bias in the Chevron case, according to U.S. Appellate Attorney Deepak Gupta (who represented Donziger).

In recently filed documents, the corruption is laid bare and judges are accused of horrific crimes against the court. These crimes include — abuse of power and judicial misconduct according to Donziger’s lawyer, Andrew Frisch, a former federal prosecutor.

Frisch accused Kaplan and Judge Loretta Preska, a member of the Trump-affiliated Federalist Society of abuses of power and misconduct in the Donziger case.

Frisch’s main points are as follows as reported by the website MakeChevronCleanUp:

“Simply stated, Judges Kaplan and Preska have ratified deceit by the lawyers appointed by Judge Kaplan to prosecute the criminal case about their firm’s attorney-client relationship with the Chevron Corporation, for whose benefit Judge Kaplan issued the orders which Mr. Donziger is alleged to have willfully violated,” Frisch wrote in the brief.

In addition, a referee named John R. Horan, a former Assistant United States Attorney in the Southern District of New York, found Mr. Donziger’s testimony at the disciplinary proceeding [in late 2019, during the pendency of the criminal case] to be “candid and clear … [with] no sign of dissembling or evasiveness.”

This all further displays what this writer has talked about before regarding corruption becoming the rule instead of the exception spreading across the world that Corps are acting above the law with oil giants and big banks toxicity infecting our systems of global justice.

It is a classic David vs. Goliath tale, where New York Attorney Steven Donziger won a decade-long case for $9 billion against Chevron. Now, the real fight begins against the corrupt collusion of a judge and a corporate giant. This is a bigger case than you may imagine with more at stake than just a lawyer and his law license. Donziger’s case will shape and determine global human rights issues, and decide whether corporations can evade their legal accountability for disasters such as what happened in Ecuador.

In other words, Donziger’s case could set a precedent normalizing this type of behavior, which will be felt for generations to come; and if this treatment is allowed, all future lawyers fighting for reparations for those affected by a tragedy caused by a corporation may be terrified to do their due duty.