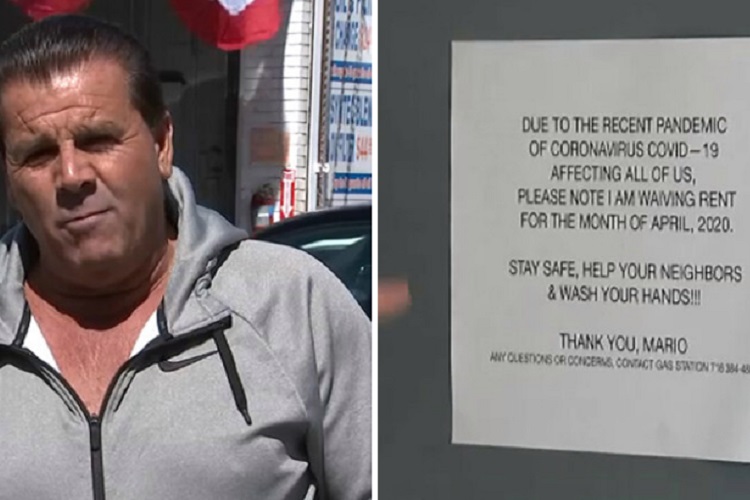 A record 6.6 million Americans filed for unemployment last week, which is double the record-breaking number seen the week before.

While some steps have been taken to help mitigate the economic hardships related to the pandemic, such as the recent stimulus package that was passed by the U.S. government, many critics feel that the bill was insufficient for low wage workers.

The unprecedented shut down of the economy has deepened the poverty crisis in the country, and local food banks have seen an overwhelming increase in demand as people begin to worry about where their next meals are going to come from.

Lisa Scales of the Greater Pittsburgh Community Food Bank says resources are a concern amid coronavirus.

"We are afraid that eventually we may run out of food. Right now, our food supply is strong, but we have seen a significant increase in demand in just the past two weeks." pic.twitter.com/z77nfrgYve

Mortgage forgiveness is common in many areas across the country, but rent forgiveness remains controversial. However, some generous landlords have taken it upon themselves to offer help during this difficult time.

Mario Salerno, of Brooklyn, New York, owns 18 apartment buildings, and has told his renters to not worry about paying rent during the shutdown and to spend their money on groceries instead.

Salerno told the New York Times that he has put signs up telling his tenants to wash their hands and help their neighbors.

The Brooklyn landlord said he has about 200 to 300 tenants in total and estimates that he will lose hundreds of thousands of dollars in income during the month of April.

And in Los Angeles, California, a group of homeless mothers calling themselves “reclaimers” have moved into abandoned homes throughout the city to keep themselves safe from the virus while contributing to the public health effort of social distancing and staying healthy, which would be far more difficult for them to accomplish on the streets.

It is not clear how many reclaimers there are or how many houses they currently occupy but their numbers are continuing to increase as the conditions become more serious in the region and as media reports about the group and their efforts spread.