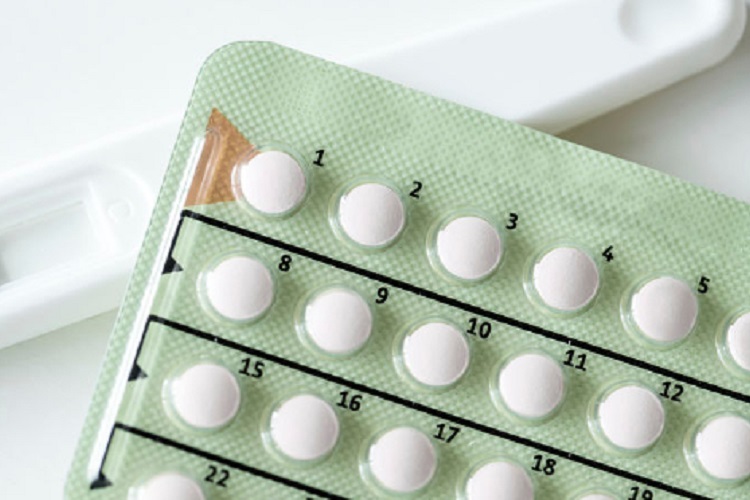 Women who fill a prescription for Ortho Tri-Cyclen®, a popular form of oral birth control, will note the inclusion in the pill pack of a lengthy insert detailing grave risks, along with side effects that are considered “not serious” such as nausea, vomiting, bleeding between menstrual cycles, weight gain, breast tenderness and difficulty wearing contact lenses.[i]

A study of birth control pills has found risks that aren’t yet detailed in these inserts, but are grave enough to make any woman taking or considering taking the pill, pause in concern. Presented in December 2019 at the annual meeting of the Radiological Society of North America (RSNA), the as-yet unpublished study found that women taking birth control pills had significantly smaller hypothalamus volume, compared to women not taking the pill.

Located at the base of the brain above the pituitary gland, the hypothalamus is responsible for critical bodily functions, including hormone production, mood, appetite and body temperature regulation, quality of sleep and heart rate.[ii] This small but important brain region is also responsible for regulation of emotional responses or mood, as well as sexual drive.[iii]

In this eye-opening study, a team of researchers headed by Michael L. Lipton, M.D., Ph.D., FACR, professor of radiology at the Gruss Magnetic Resonance Research Center at the Albert Einstein College of Medicine and medical director of MRI Services at Montefiore Medical Center in New York City, assembled 50 healthy women, 21 of whom were taking oral contraceptives.

Participants were given functional MRI scans, allowing researchers to analyze the structural effects of extrinsic sex hormones like birth control pills on the brain’s grey matter. According to Dr. Lipton in a news release, “We validated methods for assessing the volume of the hypothalamus and confirm, for the first time, that current oral contraceptive pill usage is associated with smaller hypothalamic volume.”[iv]

In his presentation, Dr. Lipton announced that “a dramatic difference” was found in the size of the hypothalamic brain structures between women who were taking oral contraceptives and those who were not.

Commercial contraceptives have a brief and disturbing history in the U.S. Initial versions of intrauterine devices (IUDs) and birth control pills were introduced in the 1960s and subsequently pulled from the market due to safety concerns and legal challenges from women using and being harmed by them.[vi] Complications such as blood clots, infections and even documented deaths[vii] led to lawsuits and subsequent reformulations of these original methods of mass-market birth control.

Original formulations of oral contraceptives had women receiving hormones in doses as high as 150 micrograms (µg) of estrogen and 10 milligrams (mg) of progestin.[viii] In 1989, following a recommendation by its Fertility and Maternal Health Drugs Advisory Committee, the U.S. Food and Drug Administration (FDA) ordered the removal from the market of all oral contraceptives with estrogen contents greater than 50 µg.[ix] Current formulations use 20 to 35 µg of estrogen and 1.5 mg or less of progestin.[x]

According to the U.S. Centers for Disease Control and Prevention (CDC), 12.6% of women aged 15 to 49 years, or approximately 6 million women in the U.S., currently use the pill as their preferred method of birth control.[xiii] Oral contraceptives can be prescribed for a variety of off-label uses such as acne, irregular periods, menstrual cramps and endometriosis-associated pain,[xiv] indicating that the overall number of women potentially affected by negative side effects is even greater.

There were other disturbing findings in our focus study, which Dr. Lipton described as “preliminary,” linking smaller hypothalamic volume to negative emotional states, specifically increased anger and depression.[xv] While rigorous science mandates that correlation is not causation, prior medical studies have amassed evidence supporting negative mood-altering effects of hormonal birth control.

Previous research by the authors of this study showed that oxytocin release in men’s brains biased them toward perceiving their female partners as more attractive and elicited increased activity in neural reward regions, the inverse of what their subsequent study showed was happening in the brains of women taking hormonal birth control.[xvii]

Further confirmation of the negative mood effects of hormonal birth control comes via a 2019 study published in the journal Current Psychiatry Reports, titled, “Effects of Hormonal Contraceptives on Mood: A Focus on Emotion Recognition and Reactivity, Reward Processing, and Stress Response.”

Their report further states that some data indicates “a trend towards a blunted reward response and a potential dysregulation of the stress response in some HC-users.”[xviii]

Finally, a 2018 study published in Frontiers in Neuroscience summarizes their bleak findings in the name of their report, titled, “Oral Contraceptives Impair Complex Emotion Recognition in Healthy Women.” The study authors caution that the growing body of evidence supporting the negative-mood effects of hormonal contraception “should be taken into account when informing women about the side-effects of [oral contraception] use.”[xix]

Until natural, hormone-free methods of birth control are taught to every person of reproductive age, it is imperative to be aware of the risks associated with hormonal contraception. Stay abreast of the dangers of pharmaceutical drugs and the benefits of natural health by following GreenMedInfo.com, the world’s largest natural health database.