WATCH: Bill Gates Lets You Know That Mass Gatherings Will be Cancelled Until You Take the New Vaccine 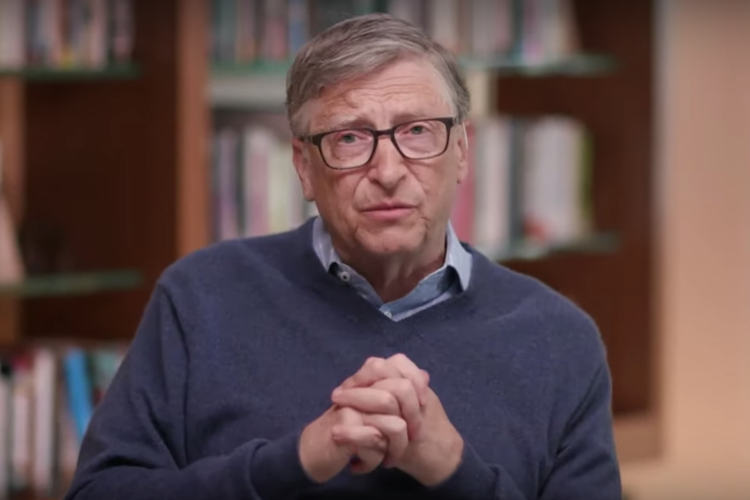 (WT Op-Ed) In October of 2012, this website ran a story about Bill Gates’ eugenicist tendencies, citing video clips of him publicly talking about the need to bring more vaccinations to the world and how this would make it possible to reduce population growth.

We’ve since run many stories on Gates’ pursuits to have an impact on the world, including discussing the idea that a global pandemic would present the perfect opportunity to rollout mandatory vaccines.

Here is the quote from Gates at that time:

“Over this decade, we believe unbelievable progress can be made, both inventing new vaccines and making sure they get to all the children that need them… We could cut the number of children who die every year from about 9 million to half of that if we have success on it… The benefits are in terms of reducing sickness, reducing the population growth. It really allows a society a chance to take care of itself once you’ve made that intervention.” [Source]

A key word in the above quote is ‘intervention,’ and now that we’re in the throes of the global coronavirus pandemic, we see Gates making regular appearances for mainstream audiences such as with Trevor Noah on The Daily Show, and CBS This Morning with Anthony Mason. His message is consistent: a new vaccine is the only thing that can allow us to continue our lives.

Both believe they are gifted with a superior sense of what is right and wrong, and both believe that providence has put them in a position of power so that they may improve upon the world. They do not concern themselves with collateral damage.

In the years since Gates’s above comments, a frustrating impasse has emerged for the cause of vaccination: When given the choice, a lot of people choose not take vaccinations.

You see, people began wondering what possible side-effects and negative effects vaccines were having on children.

People started to question the motives and practices of the pharmaceutical companies who were creating these for profit products.

People began to wonder what influence these same companies had on representatives of our democracy and how this influence was shaping public vaccination policy.

People began wondering how the influence of pharmaceutical company advertising dollars was influencing the national media and the public conversation over vaccine safety.

People began to wonder why these same vaccine manufacturers were granted federal legal immunity from any harm their products may cause, a privilege not known by any other industry.

Naturally, the result of all this questioning was that people began to make informed decisions out of concern for their well-being.

Many people who looked into this all decided to go ahead with vaccinations.

Many people decided to opt-out, and as information about this issue spread, the numbers of those opting-out grew, and continues to grow.

So now we have open censorship of vaccine adverse reaction information. Individuals and organizations who champion the cause of vaccine safety on behalf of children and parents who’ve experienced vaccine harm are demonized and demonetized.

And the policy of influencing world population through the use of vaccinations doesn’t work when people don’t take the vaccines.

So laws began to change as well. Vaccine exemptions were attacked and removed, school systems began demanding more vaccines for students and kicking children out of school if their parents had opted-out.

The tenor from government on this has become increasingly authoritarian.

So now we have a global pandemic.

And while there is no consensus on the origin of the virus, no consensus on what constitutes a death from Covid-19, no consensus on how many strains of this virus are already circulating, no consensus on how the official numbers are compiled, and no push to improve public health by suggesting anti-viral products or proper-nutrition, or anything other than vaccines, we have Bill Gates telling us that to get our life back, to work, to participate in community,  we’ll have to take a brand new Covid-19 vaccine.

Here he is in his own words:

“In which activities like mass gatherings, uh, may be, in a certain sense, more optional, and so until you’re widely vaccinated those may not, uh, come back, uh, at all.” ~Bill Gates

We will not be allowed to have mass gatherings unless we’ve taken a Covid-19 vaccine?

Does this sound optional to you?

This really is just the tip of the iceberg, as Gates has made a slew of similar statements in recent weeks. Truthstream Media just did an excellent presentation on this.

If you’re at all less than interested in being required to have a vaccine in order to regain your personal freedom, now would be a good time to speak up about it.

By the way, since 2012 we’ve run a number of stories, as have other news outlets, highlighting Gates’ projects to influence world health through the invention of vaccines and technologies giving more control over your health to bureaucracies.

This article (WATCH: Bill Gates Lets You Know That Mass Gatherings Will be Cancelled Until You Take a New Vaccine) was originally created and published by Waking Times and is published here under a Creative Commons license with attribution to Isaac Davis and WakingTimes.com. It may be re-posted freely with proper attribution, author bio, and this copyright statement.