Bees Have Been Thriving During Lockdown, According to UK’s Largest Bee Farm 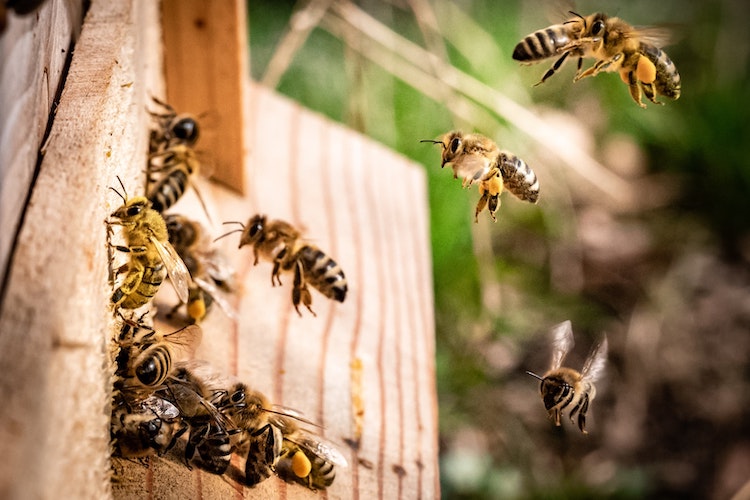 Farmers of bees have been reporting a resurgence in the honey-making creatures as they are seemingly benefiting from the coronavirus lockdowns around the world.

Without bees (as well as butterflies and other insects), we would be struggling to put food on our plates every evening. It’s probably not a stretch to say that the food chain would collapse with catastrophic consequences including famine and even war.

Accordingly, it’s disturbing to hear how bee populations have been plummeting over the past few decades due to issues such as habitat loss, pollution, disease, parasites and pesticides.

In a 2019 report, it was stated that seven bee species are critically endangered with a further 46 endangered, 24 vulnerable and 101 near-threatened.

According to a BBC story, bees fertilize a third of our food and 80% of all flowering plants. Along with other pollinating insects, they have a global economic value of approximately $150bn.

With all this in mind, it’s great to hear that the little buzzing creatures have been doing so well in recent months.

“In a world with less air pollution, bees can make shorter and more profitable ‘shopping trips’, and this may help them rear more young,” said Mark Brown, professor of evolutionary ecology at Royal Holloway, University of London.

Aside from less air pollution due to lockdown restrictions and changes to workers’ commuting habits, there’s another benefit to fewer cars on our roads – less road kill; a 2015 study reported an estimated 24 billion bees and wasps are killed by vehicles across North America annually.

Is There an Increased Awareness In Nature and Creatures Like Bees?

Helen McGregor, beekeeper at the UK’s largest bee farm, Denrosa Apiaries, feels that the Covid-19 lockdowns have been good news for the industry.

“Less traffic, less pollution is bound to make a difference to the environment which of course has a positive knock-on effect for bees,” she said.

“I think people are more aware of what’s going on around them and in the countryside just now because of lockdown. Hopefully we see these changes lasting.

“They are more aware of nature,” McGregor continued. “Maybe seeing hives when they are out and about and thinking more about the food they are eating and where it comes from. It’s taking people back to their roots, making them look at what’s necessary in life and what’s not, it’s back to a basic outlook on life.”

Denrosa Apiaries bee farm are currently working with farms across the length of Britain to ‘loan’ out bees for pollination purposes.