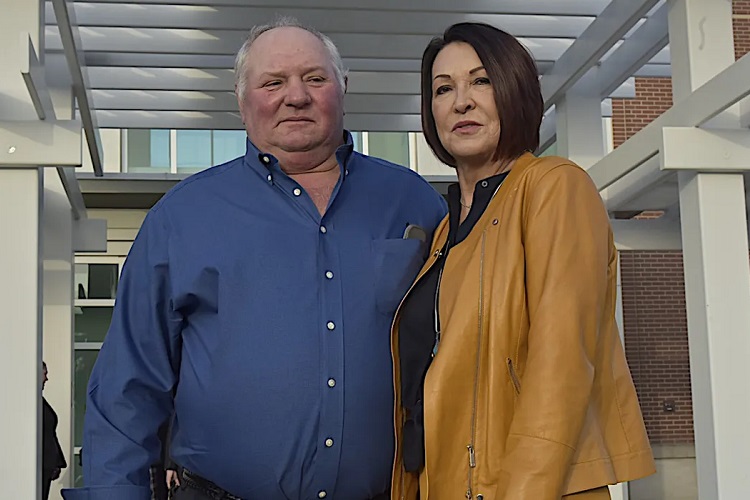 A jury in Missouri awarded a farmer $265 million in a lawsuit that claimed Bayer and BASF’s weedkiller destroyed his peach orchard, as Reuters reported.

The lawsuit is ominous for Bayer, which bought Monsanto in 2018 and now faces nearly 140 similar lawsuits in U.S. courts, plus thousands of other suits that claim health damage from Monsanto’s glyphosate-based Roundup.

The jury in U.S. District Court in Cape Girardeau, Missouri awarded peach farmer, Bill Bader, $15 million in actual damages and $250 million in punitive damages, after agreeing with his claim that a herbicide the two German companies produced drifted onto his orchard from nearby farms and irreparably damaged his 1,000 acre peach-tree orchard, according to Reuters.

Bader Farms is one of the largest peach tree farms in Missouri.

As the AP reported, Bader’s attorneys argued that dicamba, which is present in herbicides made by Bayer and BASF, is so potent that there was no way for Bader’s trees to recover from the exposure. The generous award paves the way for a large spate of lawsuits from farmers who have seen their crops destroyed by inadvertent exposure to dicamba-based products.

Like Roundup, dicamba was developed and distributed by Monsanto. Farmers across the country have claimed that dicamba turns into vapor and drifts for miles when used in certain weather conditions, as Reuters reported. They have alleged that it has destroyed millions of acres of U.S. cropland, according to The Associated Press.

Attorneys for Bayer said they plan to appeal the decision. “We want our customers to know that, as this legal matter continues, we remain steadfast in our commitment to delivering them the effective and sustainable tools they need in the field,” Bayer said in a statement, as The Associated Press reported. In court, they argued that Bader Farms trees were damaged by root fungus and bad weather.

The lawyers also claimed that the decision was not based on facts, saying “there was no competent evidence presented which showed that Monsanto’s products were present” on the Missouri farm and were responsible for the farmer’s losses, according to Bloomberg.

The loss in this trial, which surely opens the door for many more lawsuits, heaps an enormous amount of pressure on Bayer Chief Executive Officer Werner Baumann, who staked his career on the $63 billion takeover of Monsanto. He became the first CEO of a major German company in decades to lose a shareholder confidence vote last spring, as Bloomberg reported.

Dicamba is not a new product. Farmers have been using it for nearly half a century. However, Monsanto developed a dicamba-resistant strain of cotton and soybeans. That opened the door for widespread use of dicamba, which led to complaints from neighboring farms who claimed that their crops were getting killed by the dicamba drift, as The Associated Press reported.

In response to those concerns, the U.S. Environmental Protection Agency created tighter restrictions on dicamba usage. Some states have taken additional steps, requiring training and putting in place firm dates dictating when dicamba can and cannot be sprayed, according to The Associated Press.

The legal cases from Monsanto continue to pile up for Bayer. Not only are Roundup and dicamba suits in the pipeline, the company also faces litigation from several cities that claim Monsanto dumped toxic PCBs into waterways, as Bloomberg reported.