Bad Juju In Gems: Are Some Gemstones Unlucky? 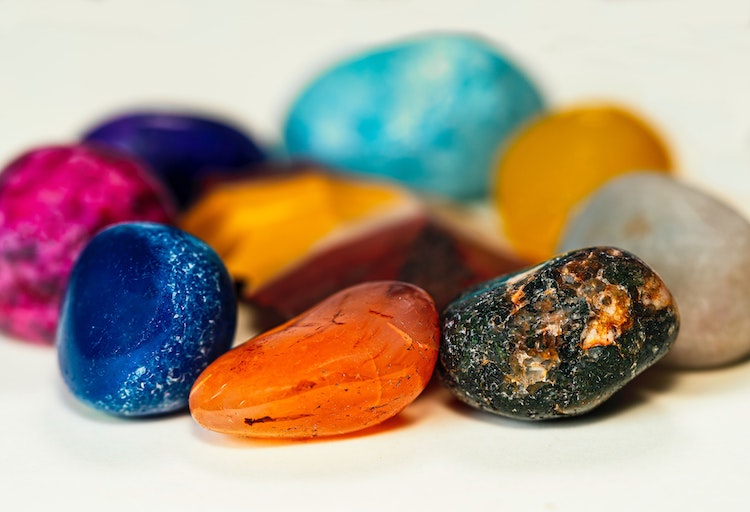 Gemstones are usually used and appreciated for their positivity and ability to influence positive outcomes, but in the same way, yin and yang exist as a balance; not all stones bring good luck—some bring bad luck to the wearers.

We can say that these stones are cursed.

Which are these gems with bad juju? Here they are:

It’s said to be the epitome of back luck and subverts the notion that beautiful things come with beautiful memories. This 45-carat diamond has attracted many thieves over the past 350 years; it has passed hands and ownership.

Mined from the Kollur mine in Golconda, India, the Hope diamond’s history goes back to the 17th century when the crudely cut diamond was first purchased in its original triangular shape by Jean-Baptiste Tavernier, a French merchant traveler.

Legend has it that Tavernier bought the stone after it had been stolen from the eye of a Hindu statue. As you can tell, when a stone’s history begins with stealing, it’s not bound to have a good ending.

At that time, the diamond weighed 112.19 carats and was named “Tavernier Blue” after its first owner.

In 1668, Tavernier sold the diamond to King Louis XIV of France. The king re-cut the stone into a 67.12-carat stone. In the royal records, the stone is described as having an intense steely blue color.

In the hands of the king, the stone was known as the “Blue Diamond of the Crown.” It was set in gold, and King Louis XIV wore it around his neck on ceremonial occasions.

In 1792, the blue diamond was stolen from the government building during the French revolution, where it was stolen among other gems such as the Sancy diamond.

The stone later landed in the hands of American mining heiress Evalyn Walsh McLean. After buying the stone, McLean suffered a series of misfortunes: her daughter died from a drug overdose, her son died in a car accident, her husband died, and, to add insult to injury, the family went bankrupt and was forced to sell their newspaper, the Washington Post.

On November 10, 1958, Harry Winston donated the Hope Diamond to the National Museum of Natural History, where it is to this day, where it continues to attract many visitors.

The Hope Diamond serves as proof that life is more important than wealth.

It is said that the thief who stole the ring underwent a slow and agonizing death, and the only person who can escape the curse is one with a “pure heart.” This is someone that didn’t sell the stone and instead gave it away. The same way that Winston gave it to the Smithsonian Institution.

The Black Orlov diamond weighs 67.50 carats, although it previously was much larger, where it weighed 195 carats when rough.

Legend has it that it once featured as one of the eyes in the statue of the God of creation, Brahma, before it was stolen by a traveling monk, after which the gem was cursed.

The stolen diamond eventually found its way to Russia, where Princess Nadia Vyegin Orlov had acquired it, hence its name.

While the stone has a rich history, most of the accounts of the gem’s early history should be treated with the utmost skepticism. This is because there is no evidence of black diamonds in India, let alone the size of the Black Orlov.

It’s also unlikely that a black diamond would have been retained, as the black color isn’t considered auspicious among Hindus.

There is also no prince or princess in Russia named Nadia Vyegin Orlov.

While many people are skeptical about the gem’s origin, the diamond’s journey is exciting and shrouded in mystery, drama, and death.

In 1932, the diamond found its way into the United States when Mr. J. W Paris, a European dealer looking for a buyer, imported it.

Little is known about J.W. Paris, but within a week of arriving in New York, he had sold the stone, and shortly after that, on April 7 of the same year, he went to the Manhattan skyscraper and jumped to his death. He is the first known victim of the diamond curse.

After the diamond passed hands again, it landed in the hands of two Russian princesses who also ended up jumping to their deaths.

In the bid to cleanse it, Charles F. Winson, the new owner, re-cut the stone and placed it in a wreath of 108 diamonds.

Seemingly cleansed of its grim past, the diamond has been exhibited widely, including the Wonderful World of Fine Jewelry & Gifts at the 1964 Texas State Fair in Dallas, the American Museum of National History in 1951, and the Diamond Pavilion in Johannesburg in 1967.

Measuring 2 inches long and weighing 170 carats, the Black Prince’s Ruby had been considered the largest ruby in the world for a long time.

This was until the 16th century when jewelers found out the Black Prince’s ruby not to be a ruby but a spinel. This is a mineral known as “the great imposter” because of its deceitful likeness to a ruby.

Like the other unlucky stones, the legend behind the Black Prince’s Ruby starts with an act of deceit. After being mined in the 14th century in Tajikistan, King Pedro the Cruel, after killing Sultan Abu and his accompanying servants, stole the stone.

It is said that King Pedro himself took the stone from the body of the Sultan, marking the beginning of the famous “Sultan’s Curse.”

Soon after killing the Sultan and taking the gemstone, King Pedro found himself warring with his brother. Luckily, through the help of Edward, the Black Prince of England, Pedro managed to keep his brother at bay, and as a reward, he gave the ruby to Edward.

This is the only lucky streak for the stone, as after this, all the latter kings died in war or from mysterious diseases.

“The Sultan’s Curse” continued wreaking havoc through several lineages until the ruby made its way into the hands of the Tudors, where it entered a relatively calm period.

The Black Prince’s Ruby is currently displayed in the Tower of London with the other crowning jewels.

Would you love to learn more about gemstones? Take a look at our gemstones list.