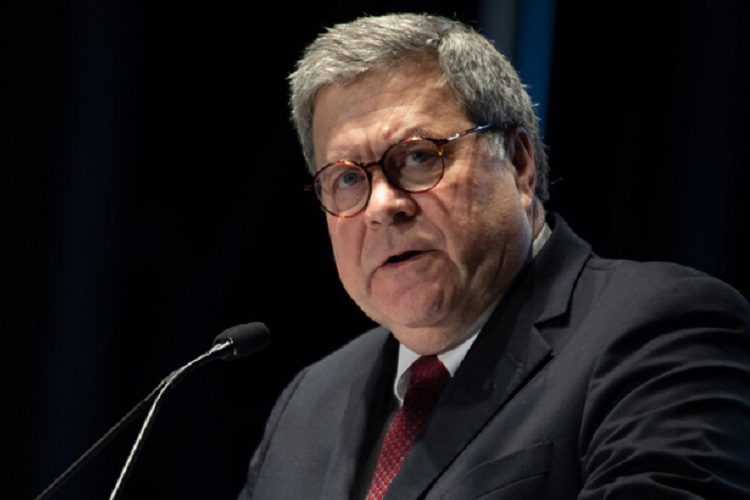 On Monday, U.S. Attorney General William Barr, acting director of national intelligence Richard Grenell, and other senior officials called on a federal judge to prevent the disclosure of files related to the role of the government of Saudi Arabia in the September 11 attacks. The officials told the judge in the civil case that the release of the files would endanger national security.

The files are being sought by families of the 9/11 victims who have spent the last two decades attempting to uncover the truth about the attacks. The families filed a lawsuit in federal district court in New York in 2017 as part of their effort to uncover the role of the Saudi government. What is publicly known is that the alleged 9/11 hijackers had a relationship with Saudi government officials. As Pro Public reported, at the 2019 White House September 11 memorial, U.S. President Donald Trump promised the families he would help them uncover the truth about 9/11. He made similar promises while he was campaigning for president.

“He looked us in the eye on 9/11, he shook our hands in the White House and said, ‘I’m going to help you—it’s done’,” Brett Eagleson, a banker whose father was killed in the World Trade Center, told Pro Publica. “I think the 9/11 families have lost all hope that the president is going to step up and do the right thing. He’s too beholden to the Saudis.”

The Trump Administration stated that the national security threat was so great that even sharing the reasoning behind the request for secrecy could cause harm. According to Pro Publica, AG Barr told the court that public discussion of the issue “would reveal information that could cause the very harms my assertion of the state secrets privilege is intended to prevent.”

Pro Publica notes that four statements from FBI and Justice Department officials were also under seal and can not be seen by the public. Another five statements from FBI, Justice Department, and CIA officials were only seen by the judge and could not even be shared with the families’ lawyers. Steven Pounian, a lawyer for the families also suggested that “there must be some deep, dark secret that they’re still trying very hard to hide after almost 20 year,” and that it “might be a Saudi government secret.”

“But how can these be secrets that still need to be kept from the American people after all this time?” — Steven Pounian, attorney for the 9/11 victims families

The call for secrecy was questioned by three Senators who asked the Justice Department’s inspector general to investigate why the FBI has refused to release information about Saudi connections. The information is being sought as part of a subpoena filed by the 9/11 families in 2018. Senators  Charles Grassley of Iowa, Charles Schumer of New York, and Richard Blumenthal of Connecticut questioned the FBI’s decision to keep the files classified.

“The September 11 attacks represent a singular and defining tragedy in the history of our Nation. Nearly 20 years later, the 9/11 families and the American public still have not received the full and transparent accounting of the potential sources of support for those attacks to which they are entitled,” the senators wrote to Justice Department Inspector General Michael Horowitz.

Barr stated that Justice Department guidelines set down by the Obama administration in 2009 prevented the government from asserting a state secrets claim as a method of concealing illegal behavior or embarrassing actions. Barr told the judge that he believed these guidelines had been met. Unfortunately, in the absence of any further information the American public is resigned to trusting Barr, Trump, and anonymous FBI and CIA agents.

Unfortunately, William Barr does not have a record of trustworthy actions. As far back as 1989 Barr discussed his belief that the FBI could legally abduct people in foreign countries without the consent of the foreign government. The opinion was revealed in a leaked legal memo authored by Barr while he was serving as the head of the Justice Department’s Office of Legal Counsel (OLC). Barr chose to withhold the full memo and asked the public to trust his conclusion.

In the weeks after 9/11, when the U.S. government began to seize powers to roundup foreign citizens, spy on Americans, and torture anyone accused of terrorism, Newsweek noted that Barr had played a role in paving the way for such actions:

“Now the Bush administration and Congress seemed primed to do just about anything to foil future attacks. Justice Department lawyers have been told to take a fresh look at “everything,” one official said. Perhaps the most startling idea under examination would be a new presidential order authorizing secret military tribunals to try accused terrorists. The idea first occurred to former attorney general William Barr after the bombing of Pan Am Flight 103 over Lockerbie, Scotland, in 1988. Barr, at the time chief of the Justice Department’s Office of Legal Counsel, got the idea after learning that his office was used during World War II to try—in secret—German saboteurs who were later hanged. The idea was rejected, but it’s being revived on the theory that terrorists are de facto military “combatants” who don’t deserve the full run of constitutional rights.”

More recently, Barr has been involved in perpetuating the myth that encryption is a tool that only terrorists and dangerous criminals use and launching an “orwellian pre-crime program.” In October 2019, MintPress News reported that Barr had recently laid the groundwork for this new program:

“Indeed, since becoming Attorney General under President Trump, Barr has spearheaded numerous efforts to this end, including pushing for a government backdoor into consumer apps or devices that utilize encryption and for a dramatic increase of long-standing yet controversial warrantless electronic surveillance programs.

On July 23rd, Barr gave the keynote address at the 2019 International Conference on Cyber Security (ICCS) and mainly focused on the need for consumer electronic products and applications that use encryption to offer a “backdoor” for the government, specifically law enforcement, in order to obtain access to encrypted communications as a matter of public safety.”

Barr would go on to issue a memorandum to all U.S. attorneys, law enforcement agencies, and high level Justice Department officials calling for the implementation of a new “national disruption and early engagement program” aimed at detecting potential mass shooters before they commit any crime. This memo called for the DOJ and FBI to “refine our ability to identify, assess and engage potential mass shooters before they strike.” Barr called for the pre-crime program to be implemented in early 2020.

The blocking of state secrets related to the September 11 attacks is just the latest in a long line of cover ups and corrupt practices by Attorney General William Barr.