As Protests Mount Across the US, Multiple Sheriffs Openly Stand Against Lockdown 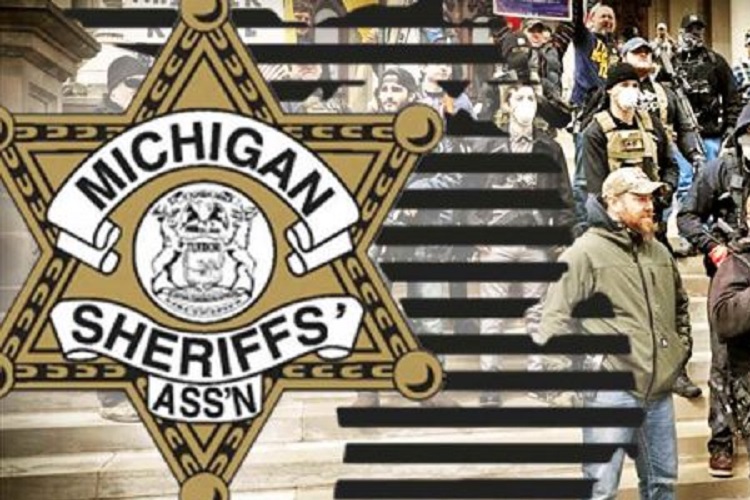 On Wednesday, the International Monetary Fund (IMF) issued a warning and urged governments to take action as global societal unrest is on the horizon. The IMF cautioned that “some countries remain vulnerable to new protests, particularly if policy actions to mitigate the COVID-19 crisis are perceived as insufficient or as unfairly favoring large corporates rather than people.” In the ostensible land of the free, that is indeed the case as Americans were given laughable $1,200 deposits for 10 weeks (or longer) to stay home while banks and large corporations received trillions. While a new ‘Occupy’ movement has yet to materialize over the corporate bailouts, people tired of watching the economy turn to dust have already began to revolt.

As TFTP reported this week, on Tuesday, more than 100 protesters took the the city streets of Raleigh, North Carolina to voice their desire to reopen the state’s economy. They were quickly met with police action but the well-organized protesters stood their ground through multiple threats.

According to the News and Observer, the protest was organized by ReopenNC, a private Facebook group organized last week that wants people to make their own stay-at-home decisions to avoid exposure to COVID-19 as the worldwide pandemic continues. The group surpassed 28,000 members on Tuesday afternoon.

Then, on Wednesday, Michigan followed suit. Thousands of Michigan citizens took to the streets — and literally blocked them — on Wednesday to protest the government’s stay at home order and demand the state reopen the economy.

As the Ocala Post reports, healthcare workers, EMTs, off-duty police officers, some military personnel, and thousands of others participated in the protest. Armed citizens even stormed the steps of the capitol building.

Ironically, the protesters — many of whom wore MAGA hats and carried Trump flags — employed the same tactics they once decried, and blocked traffic. This is the same act that many MAGA folks claimed people should be run over or shot for when they were protesting police killings. But I digress.

Also on Wednesday, the revolt continued during Kentucky governor Andy Beshear’s briefing as his press conference was hijacked by chants of  “we want to work” and “facts over fear.”

What started as a whisper in Boise, Idaho earlier this month as a few dozen people violated Gov. Brad Little’s order to avoid group gatherings, and met inside an old factory building to discuss how to circumvent government stay-at-home orders, has since morphed into a full scale yell as thousands of people across multiple states openly defy what they perceive to be unconstitutional decrees from tyrants.

While most law enforcement personnel across the United States are unquestioningly enforcing the orders from their superiors to ensure citizens stay locked down, others, like Manistee County Sheriff Ken Falk, Mason County Sheriff Kim Cole, Benzie County Sheriff Ted Schendel, and Leelanau County Sheriff Mike Borkovich in Michigan, are doing the opposite.

All of these sheriffs have gone on record and stated that they will not strictly enforce Michigan Gov. Gretchen Whitmer’s stay-at-home orders in their counties.

“Each of us took an oath to uphold and defend the Michigan Constitution, as well as the US Constitution, and to ensure that your God-given rights are not violated and we believe that we are the last line of defense in protecting your civil liberties,” the sheriffs said, according to the Ocala Post.

The sheriffs said they should be focusing on reopening their counties and getting people back to work, not tightening restrictions, reported the Post.

“While we understand Whitmer’s desire to protect the public, we question the restrictions that she has imposed as overstepping her executive authority,” the sheriffs said. “She has created a vague framework of emergency laws that only confuse Michigan citizens.”

The sheriffs went on to say, “Together, as a community, we will overcome this pandemic, and as Americans, we will persevere and come out stronger than before. As sheriffs of your community, we want you to know we have your back and will continue to serve the people who have entrusted us with your protection.”

It is important to note that the sheriffs’ words should be taken with a grain of salt as all of them have likely enforced victimless crimes and locked entirely innocent people in jail for possessing a plant that makes them happy. However, it is also important to note that when openly revolting citizens have the backing of law enforcement, it may be time to start paying attention.