As ALL Drugs Decriminalized In Oregon, Addiction To Be Treated With Health Care Not Handcuffs 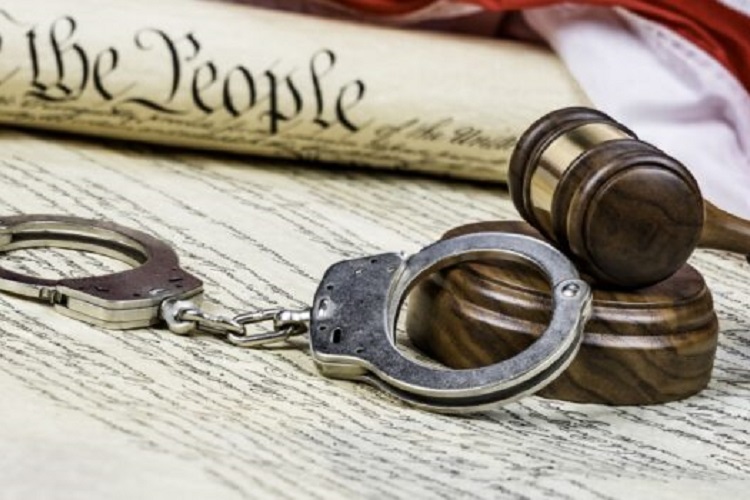 In November, in a near-landslide, Oregon became the first state in history to decriminalize all drugs, including hard drugs like heroin, cocaine, and meth. Showing the will of the citizens, the vote passed with 59% of voters in favor. The other 41% still lives in the dark ages where they think kidnapping and caging people is a way to treat substance abuse problems.

On Monday, the new law went into effect. The “Drug Addiction Treatment and Recovery Act” will now transition Oregon’s drug policy from a punitive, criminal approach to “a humane, cost-effective, health approach.”

“One of the things people misunderstand is how criminalization creates barriers to treatment,” Kassandra Frederique, the executive director of the Drug Policy Alliance, a national nonprofit dedicated to legalizing illicit drug use, told USA Today. “If we want people to make different choices, we have to give them more options … ending criminalization will do leaps and bounds around ending shame, which automatically opens people up for other opportunities.”

The new legislation echoes this sentiment.

Instead of using the barrel of a gun to help those with substance abuse issues, Oregon is doing something amazing and using tax revenue from the sale of marijuana to offer addiction services. Currently, cannabis tax revenue in the state is over $100 million.

The catch is that only small amounts of drugs are decriminalized, such as less than 1 gram of heroin or MDMA; 2 grams of cocaine or methamphetamine; 12 grams of psilocybin mushrooms; and 40 doses of LSD, oxycodone or methadone. So, cops will still be kicking in doors, shaking down minorities and poor people, and violating their rights in a search for larger amounts of these substances.

However, criminal penalties for possession of these amounts are replaced with a fine of up to $100, which can be waived if the user is evaluated at Addiction Recovery Centers.

Highlighting the support for the legislation is the number of organizations who signed on to the bill. Over 100 professional organizations endorsed the measure including the Oregon Chapter of the American College of Physicians, Oregon Nurses Association, Oregon School Psychologists’ Association, Oregon Academy of Family Physicians, the ACLU and others.

Naturally, those who profit from prosecuting those caught with arbitrary substances deemed illegal by the state aren’t too happy with the roll out of the bill this week.

Dozens of district attorneys stood against it, claiming that the measure “recklessly decriminalizes possession of the most dangerous types of drugs (and) will lead to an increase in acceptability of dangerous drugs.”

However, they are either lying or haven’t paid attention to other countries who have passed similar measures and have watched drug use and crime decline.

One of the most famous success stories is from Portugal who decriminalized all drugs in 2001. This never lead to an increase in drug use, but did result in a dramatic reduction of pathologies associated with drug use, such as sexually transmitted diseases and overdose deaths, according to a 2009 Cato Institue study.

The reality of America’s war on drugs is that it is not based on scientific evidence. Instead, it is based on a dark history of oppression, racism, and political corruption.

Nothing highlights the hypocrisy, immorality, and sheer idiocy of the drug war quite like marijuana prohibition. Here we have a medicine that saves the lives of countless epileptic children, heals broken bones, relieves pain, treats PTSD, has never killed anyone, and exhibits a variety of other incredible benefits – yet the state will kill you over it.

If you want to know who profits from ruining lives and throwing marijuana users in cages, we need only look at who bribes (also known as lobbies) the politicians to keep the war on drugs alive, big pharma, police unions, and prison companies.

The person who wants to ingest a substance for medical or recreational reasons is not the criminal. However, the person that would kidnap, cage, or kill someone because they have a different lifestyle, is a villain on many fronts.

Luckily, with bills passing like the one in Oregon, the wall of tyranny that is the war on drugs is starting to come crumbling down.

“If we do this right in Oregon, I think there’s a will to do it everywhere,” Jane Gullickson, executive director of the Mental Health & Addiction Association of Oregon said. “We’ve got a huge responsibility to show that this is the right thing, and it can work.”

Indeed, given that overdose deaths are at historic highs thanks to the lockdowns, this new program definitely has its work cut out.

**This article (As ALL Drugs Decriminalized In Oregon, Addiction To Be Treated With Health Care Not Handcuffs) was originally published at The Free Thought Project and is re-posted here with permission.**