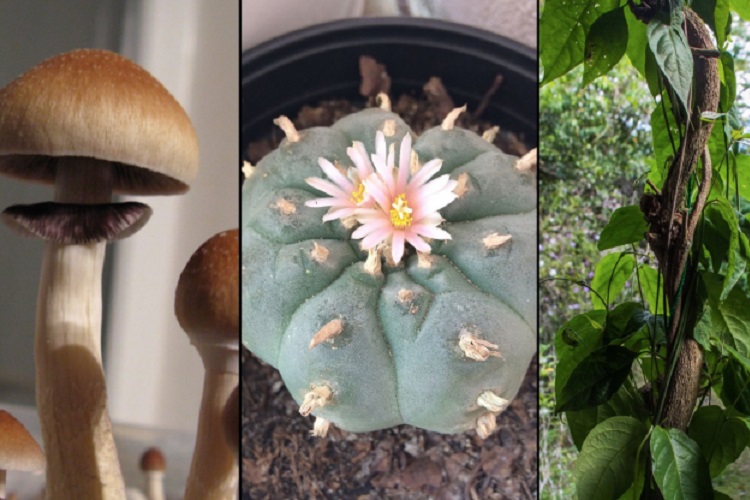 The city of Ann Arbor, Michigan, has effectively decriminalized psilocybin or “magic” mushrooms along with other natural psychedelics in the latest sign that public opinion across the U.S. is continuing to turn against prohibitionist policies.

On Monday, the Ann Arbor City Council unanimously voted in favor of a resolution that would make it the city’s lowest-ranked law enforcement priority to the investigate or arrest anyone planting, cultivating, purchasing, transporting, distributing, using or possessing entheogenic plants or plant compounds.

The resolution applies to all psychedelics derived from plants and fungi, including psilocybin mushrooms, ayahuasca, ibogaine, mescaline, peyote and other substances with hallucinogenic properties deemed illegal under state and federal law.

The council also requires the Washtenaw County Prosecutor’s Office to halt the prosecution of those involved in the use of entheogenic plants and plant compounds.

Ann Arbor now joins a growing list of cities including Denver, Colorado, and the California cities of Santa Cruz and Oakland that have decriminalized all entheogenic plants. Other cities including Chicago and Austin are considering similar measures. A ballot measure that would legalize the use of psilocybin in therapeutic settings will also be voted on in the state of Oregon this November.

The move to de-prioritize law enforcement around psychedelics was spearheaded by the efforts of local grassroots advocacy group Decriminalize Nature Ann Arbor, or DNA2.

At the beginning of the year, councilmembers were skeptical about any move to decriminalize psychedelics. Since then, they’ve found themselves convinced by evidence of the therapeutic and spiritual benefits of psychedelics, including for mental health treatment and treating addiction, reports MLive.

Councilmember Zachary Ackerman cited the opening of a $17 million psychedelic and consciousness research center by Johns Hopkins Medicine as proof of “the tremendous potential of these future medicines.” The Center for Psychedelic and Consciousness at Johns Hopkins University in Baltimore is currently conducting clinical trials to find out whether the drug is suitable as a prescription drug for the U.S. market.

Councilmember Jack Eaton described the council’s unanimous backing for the decriminalization resolution as carrying on the city’s legacy of backing the local decriminalization of m******** during the 1970s, when the plant was still illegal under state and federal law.

The resolution doesn’t allow for the commission of crimes or any significant violation of state or federal law, and any use of entheogenic substances that pose a threat to public health and safety could require intervention by law enforcement bodies.

In the resolution, entheogenic plants are defined as the full spectrum of plants and fungi that contain indole amines, tryptamines and phenethylamines “that can benefit psychological and physical wellness, support and enhance religious and spiritual practices, and can reestablish human’s inalienable and direct relationship to nature.”

“The use of entheogenic plants, which can catalyze profound experiences of personal and spiritual growth, have been shown by scientific and clinical studies and traditional practices to be beneficial to the health and well-being of individuals and communities in addressing these conditions,” it states.

Psilocybin mushrooms are currently considered a Schedule 1 narcotic by the Drug Enforcement Agency.

However, psilocybin – the main chemical component of the mushrooms – was designated as a “breakthrough therapy” by the FDA in 2019 due to the positive results of psilocybin in treating depression, anxiety, addiction, and other mental health problems.

Studies have also shown how a microdose of psilocybin—far from the level needed for a full-blown trip—actually increases the creativity and empathy of participants.

Other researchers have also found that psilocybin has provided effective help to patients struggling to quit other addictive substances such as cigarettes.

The newfound recognition of psilocybin therapy as a valid treatment has eroded old stereotypes of psilocybin as some intoxicating and hallucination-inducing party drug that drives its users insane – a reputation that largely grew out of the hippie counterculture of the 1960s when they were widely known as “psychedelic” or “magic” mushrooms.

The resolution further notes that entheogenic plants have been the basis of spiritual practices by human cultures for thousands of years, yet those who seek them for the sake of improving their health and wellbeing must risk arrest and prosecution to obtain them.

“Decriminalization of naturally occurring medicines is necessary for progress,” councilmember Jeff Hayner said in a press release from DNA2 last week, reports Detroit Metro Times. “We can no longer turn a blind eye towards the wisdom of indigenous peoples, and the bounty the earth provides. I have been moved by the testimonies of those who have found profound relief from the use of entheogenic plants.”