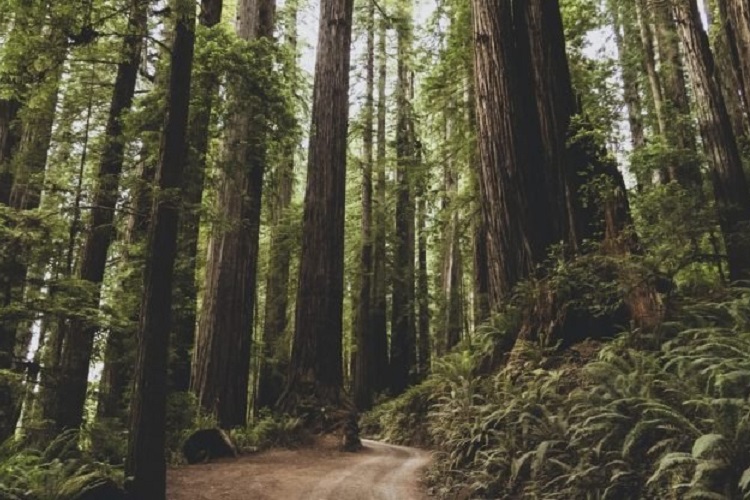 When terrifying wildfires ripped through Big Basin Redwoods State Park, one of California’s oldest and most cherished nature reserves, it wasn’t the campgrounds, nature center and other structures that people were mourning.

Instead, wildlife lovers and conservationists were heartbroken and devastated that old-growth redwoods, some as old as 2,000 years old, had been destroyed.

However, it turns out that even the thousands of lightning strikes and staggeringly massive forest fires that laid waste to the Santa Cruz Mountains were unable to destroy some of the oldest and tallest living things on Earth.

“We are devastated to report that Big Basin, as we have known it, loved it, and cherished it for generations, is gone,” the redwood conservationists at Sempervirens Fund said in a painful statement on Thursday. “Early reports are that the wildfire has consumed much of the park’s historic facilities. We do not yet know the fate of the park’s grandest old trees.”

We are devastated to report that Big Basin State Park, as we have known it, loved it, and cherished it for generations, is gone. Here’s what we know right now –https://t.co/EY1jBw78wj #CZULightningComplex #CaliforniaFire #BigBasin #BigBasinMemories

However, an Associated Press reporter was happy to discover that most of the ancient redwoods feared to have been annihilated by the blaze have been scorched but are still standing tall – including the towering redwood named “Mother of the Forest” which once stood at 329 feet high prior to a recent storm and has a mighty circumference of 70 feet on the ground.

“That is such good news, I can’t tell you how much that gives me peace of mind,” Sempervirens conservation director Laura McLendon told AP.

Forest fires are a natural and regularly-occuring feature of redwood forests, and the bark of redwood trees is extremely fire-resistant – but the tragic announcements that the park had been wiped off the face of the Earth by the fires turned out to be misleading.

California’s venerable Big Basin state park, “home to the largest continuous stand of ancient coast redwoods south of San Francisco,” was founded in 1902 and receives a quarter of a million visitors each year. And while the 18,000-acre park is surely reeling after sustaining massive damage from the raging inferno that tore through it, the park’s infrastructure can certainly be rebuilt.

Some of the scenes from Big Basin State Park. The parks headquarters and visitors center was burned to the ground during the recent blazes that have ravaged the region. #CZULightningComplexFire #BigBasin @mercnews https://t.co/AjS8nRFSXi pic.twitter.com/uY930A0mDI

“But the forest is not gone … it will regrow,” McLendon said.

Indeed, redwood trees are extremely durable – which is why many of them have histories that date back to before the founding of the Roman Empire. And Big Basin’s redwoods bear the scars of wildfires, windstorm, and lightning strikes of centuries past.

“Every old growth redwood I’ve ever seen, in Big Basin and other parks, has fire scars on them,” McLendon said. “They’ve been through multiple fires, possibly worse than this.”

It’s part of the majestic redwood forest’s natural process: when trees are seemingly destroyed, new trunks simply sprout up in place of the old growth. Meanwhile, fallen trees become nurse trees upon which new redwoods grow, while banana slugs and insects crucial to the ancient forest’s ecological balance are sustained under the logs.

A lot of trees seemed to have endured the blaze and are still standing near the parks headquarters#BigBasin #CZULightningComplexFire pic.twitter.com/hTo9YfJQMh

“The reason those trees are so old is because they are really resilient,” said State Parks District Superintendent Chris Spohrer.

Following the fire that ripped through the park, Steller’s jays and woodpeckers returned to the park to scour the forest for insects.

The park had been closed during the COVID-19 lockdown and had only recently reopened following the state’s relaxation of the quarantine. However, the park is now facing indefinite closure, with fallen trees blocking roads, and buildings including the nature museum, ranger’s office, campground bathrooms, and historic park headquarters being utterly wiped out. Several large trees are still burning.

A cabin off Little Basin Road and 236 is engulfed by flames.#CZULightningComplexFire #wildfires pic.twitter.com/X68phMyD2S

“The historic structures in California’s first state park are almost completely destroyed. It’s awful,” said Sam Hodder, the president of Save the Redwoods League, an environmentalist organization based in San Francisco that was founded in 1918.

“We are grateful that everybody got out and everybody is safe. That’s the most important thing,” Hodder said. “To have lost something that has been transforming people’s lives for more than 110 years, such an iconic place, such a terrific example of what parks mean to communities, it’s heartbreaking.”

But once the campgrounds are rebuilt, trails are cleared, and damaged oaks, firs and madrones are rehabilitated, the park will likely flourish in due time.

“The forest, in some ways, is resetting,” McLendon said.