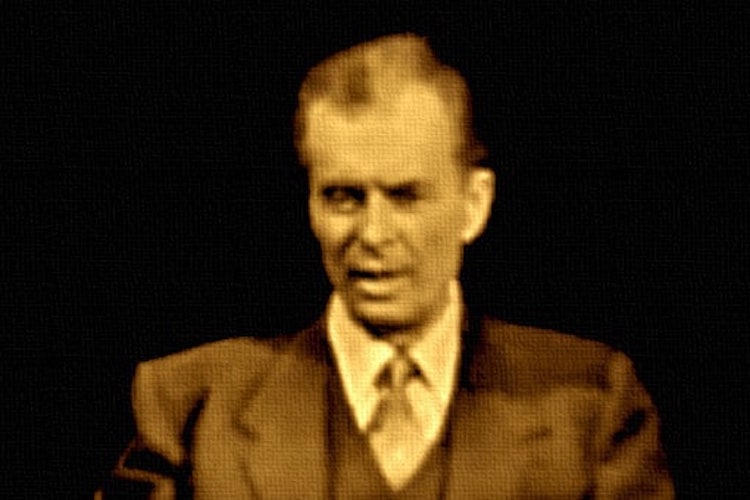 As the world is forced into accepting greater and greater levels of government control in all areas of life, remember that nothing in politics happens by chance. There is a science to creating empires. Tomes have been written on the techniques of controlling masses of people.

Three important axioms stand out: people are much easier to control when they love their slavery, people in fear are very easy to control, and individualism is dangerous to the state.

During a prophetic interview with journalist Bill Wallace in 1958, Aldous Huxley commented on what he foresaw as a potential future for the United States and the world.

Huxley’s classic dystopian novel, Brave New World, was written almost 90 years ago in 1931, prior to World War II, and his insight is still highly relevant today. We are seeing in real-time the emergence of a global, technocratic super state, of which pharmaceutical companies play a critically important role, and terrorism is always a lurking background threat.

“A man haunted by a vision of hell on earth. A searing social critic, Mr. Huxley 27 years ago wrote Brave New World, a novel that predicted that someday the entire world would live under a frightful dictatorship. Today Mr. Huxley says that his fictional world of horror is probably just around the corner for all of us.” ~Mike Wallace (1958)

If Huxley was able to see all of this coming almost 90 years ago and describe it so well in Brave New World, what are we missing?

He was able to make these predictions because he understood that mass control is the most studied science of the world’s wealthiest and powerful people. He also understood human nature and the nature of government.

“…obviously the passion for power is one of the most moving passions that exists in man; and after all, all democracies are based on the proposition that power is very dangerous and that it is extremely important not to let any one man or any one small group have too much power for too long a time.

After all what are the British and American Constitution except devices for limiting power, and all these new devices are extremely efficient instruments for the imposition of power by small groups over larger masses.” ~Aldous Huxley

Today, over 40 million Americans regularly take antidepressants, a testament to the omnipresence of the pharmacological state. Huxley foresaw this being a critical tenet of control, for people need to love their slavery, and new drugs can really help with that.

To Wallace, he states:

“In this book of mine, Brave New World, I postulated a substance called Soma, which was a very versatile drug. It would make people feel happy in small doses, it would make them see visions in medium doses, and it would send them to sleep in large doses.

…this is the pharmacological revolution which is taking place, that we have now powerful mind-changing drugs, which physiologically speaking are almost costless.

…if you want to preserve your power indefinitely, you have to get the consent of the ruled, and this they will do partly by drugs as I foresaw in Brave New World…” ~Aldous Huxley

Furthermore, he spoke about the need to disrupt the natural thought process of human beings, accessing their subconscious minds, so that their emotions instead of logic will lead them. Huxley foresaw advanced forms of propaganda being used to hack the mind’s of the masses.

“[They will do it]… partly by these new techniques of propaganda.

…We know, there is enough evidence now for us to be able, on the basis of this evidence and using certain amount of creative imagination, to foresee the kind of uses which could be made by people of bad will with these things and to attempt to forestall this…” ~Aldous Huxley

With the state of national media and the clear biases they project onto the population, it’s hard to imagine a more propagandized environment in America, however, the rise of internet censorship foreshadows an even darker future for free thought and free speech.

Aldous Huxley’s Brave New World is emerging all around us. Are you paying attention?

This article (Aldous Huxley in 1958 – Pharmacology and Propaganda Will Make The Masses Love Their Slavery) was originally created and published by Waking Times and is published here under a Creative Commons license with attribution to Isaac Davis and WakingTimes.com. It may be re-posted freely with proper attribution, author bio, and this copyright statement.