A Shamanic and Spiritual Perspective on Confusion and Truth 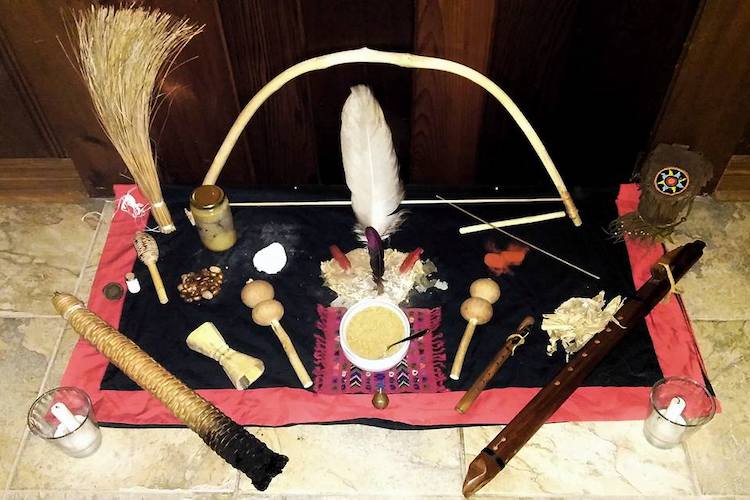 Talking with friends, family and people whenever I can recently, I’ve noticed a common sentiment. In fact, it’s so common, that nearly everyone I speak to first mentions it in some way when you start up a conversation about the crazy state of the world.

We’re lost in the greatest Truth Gap of all time, and the result is widespread confusion.

In a conversation about the nature of the Cosmos, the Buddha was once asked about the paradox of trying to understand the eternal:

In his reply, the Buddha explains the consequence of confusion:

“…a thicket of views, a wilderness of views, a contortion of views, a writhing of views, a fetter of views. It is accompanied by suffering, distress, despair, and fever, and it does not lead to disenchantment, dispassion, cessation’ to calm, direct knowledge, full Awakening, Unbinding.” ~ Aggi Vacchagotta Sutta

We’re in that thicket of views right now, and given that our society has organized itself around media and information, it’s rather startling to acknowledge just how much confusion we’re swimming in. The noise is louder than ever now, plus, we’re in a state of war, and truth is the first casualty of war. It’s been a spiritual war for a very long time, which then began to materialize as a culture war, then an information war, and is now fully manifesting as a civil war. Things aren’t looking good.

With everything going on today, whether it’s masks, or the election, or civil unrest, we have players on all sides contributing to the confusion and asking you to buy their branded story of events. But, to buy it means to believe in it, to allow their perception to shape your perception of the world. Belief is the arch enemy of truth.

As human beings we are endowed with the faculties to determine truth, however, doing so requires synergy with the body, and we’re all totally stuck in our heads these days, locked down, and trying to process the world with only the mind.

I found a relevant passage in an article that talks about Ghandi’s view of confusion.

“I love what Gandhi had to share about confusion. He said that there is no such thing as confusion. Gandhi believed confusion was not feeling which emotion we were feeling in the moment…

Breathe deeply and feel what is authentic for you about the situation. Perhaps your confusion comes from getting too much data from others?

The reason we “allow” ourselves to be influenced by others which can create a gulf between our mind and body, mind and reality, mind and our very heart comes from old imprinted fears, in the form of subtle messages we received long ago.

We all receive these programs. Some are spoken, while others are merely implied. For example, you might have been told, “That doesn’t hurt,” when you were crying over a skinned knee, or, “You’re not hot,” when you took off your sweater on a warm day. These seemingly innocuous messages come from parents, teachers, or perhaps the school nurse—people whose authority you do not question before a certain developmental stage. Outer authority soon overrides inner authority and you become conditioned to doubt what your body knows or what we think of as ‘confusion.'” ~Steve Sisgold

Confusion is the result of being out of touch with feeling, and without integration of the body and its senses, we tend to defer to outer authority figures. Which is what we see happening all around us.

Understanding is a sensual process, however, not just a mental process, and it gets clouded when we are not fully present to what we are feeling physically and emotionally, and when we are unaware of how such feelings affect perception.

Bwiti Shaman Moughenda Mikala talks about the difference between perceiving and understanding, and how the eyes and ears contribute to our picture of reality.

They only work for us in the present. That’s it. Not the past, not the future, just the present.

Your eyes. What do your eyes represent? They represent perception… whatever you see around you.

All of our senses are really big and each of them has a role to play.

The human has eyes and a brain. We have a third eye, all of us we are born with it. People spend years trying to learn how to open up their third eye. There’s no eyes in the brain, so how do we get messed up in the mind, then? There’s two big eyes that mess you up everyday. Two.

With your eyes and your ears, your eyes will always represent your perceptions, and your ears your understanding. But whatever it is that the eyes will see does not bring you back to the previous guy here (points at head/brain). Whatever your ears will let in, your understanding will bring it here (points to head/brain), which makes your reality. And that’s what makes the fear go knock on the door.

This happens all the time. For example, when crash investigators look at footage of a crash from many different angles, they perceive the crash in different ways. In order to understand what really happened, though, they need to speak to the drivers, passengers, and witnesses. Did someone fall asleep, or have a medical condition? Was the driver drunk?

Today, the problem is exacerbated because our perception of the world is so distorted by media. Television, YouTube, articles, etc, and most of this information flows to us through our eyes. Even the video content we consume is only a one-way form of communication. We listen to this content, which is a different process than understanding it.

The digital formats do not help to facilitate deep, visceral understanding, and consuming media mostly happens when the body is in a sedative state and the mind in a hypnotic state. We perceive much, but understand little. With the body disengaged, the mind seeks support from belief.

The key message here is that we’re all being asked, or told, to believe in narratives about what’s happening in the world, without having a deep understanding of anything.

Truth is not a feeling, although, confusion and alignment are. So, are you feeling confused these days, or are you you feeling aligned? What is your truth?

This article (A Shamanic and Spiritual Perspective on Confusion and Truth) was originally created and published by Waking Times and is published here under a Creative Commons license with attribution to Dylan Charles and WakingTimes.com. It may be re-posted freely with proper attribution, author bio, and this copyright statement.