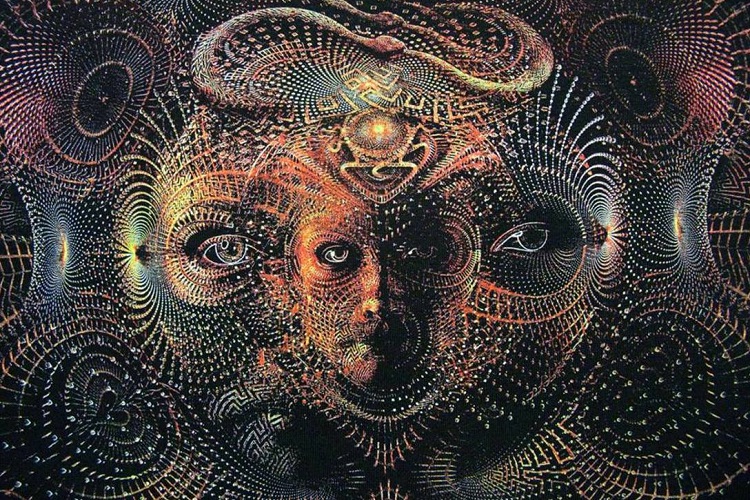 There is little doubt that we are living in an age of extreme contradictions where opposing trends appear to exist side by side. It is a time when individuals take greater care of their bodies and are obsessed by diet and health fads, while obesity is an epidemic. We live amidst a paradoxical combination of playfulness and fear, of fun and anxiety, of euphoria and unease. It has been said that ‘When a materialistic civilization becomes outwardly impressive but remains inwardly impoverished, when political relations become an elaborate façade for hiding the spiritually empty rooms behind them, menacing problems are sure to appear on every side.’1 This quote adequately describes our current situation and yet the author, Paul Brunton, published this in 1952.  However, it remains as starkly correct in its analysis for today as it was for his own time.

The result is that many people have become ‘spiritually numbed’ by what they see occurring in the world, and feel that only a similar harsh, physical response can be effective. The words ‘mystical’ and ‘spiritual’ remain vague and ethereal. People have always depended on language to bring guidance and nourishment. Yet in this mental environment, words are but skeletal traces of the real flesh. The crisis of our times has clarified little and succeeds in confusing almost everything for the rest of us. There is nowhere to turn in public for finding the truth – seemingly little to believe in for the present and too much uncertainty for the future. The result of this is that many people have doubts that they don’t know how to deal with, and these are building up within their minds like a pathological infection.

An Absence of Meaning

In these current times there is a sense, a feeling, of something lacking or missing within many people’s lives. Unfortunately, this need has been met by the consumerist marketplace. There is a great deal of compensation for this lack through ‘quick fix’ guruism; that is, costly paid retreats, so-called spiritual counselling, and ‘life coaching’ mentorship. Yet these are like fast-food remedies for a deeper hunger. The real struggle today is rather between the material perspective on life and that of the inner, developmental state. Many of the events occurring in the world are manifestations of issues existing within ourselves. The anger and negativity we see so much of in the world is a projection from the collective interior state of humanity. We can manifest both the dream or the nightmare, and we share in its waking state. Being physically mature is not enough; we also need to be emotionally, intellectually, and inwardly mature.

Our cultures and societies are in disequilibrium because they seek to be governed by artificial laws that ignore the timeless wisdom that corresponds to human development. It is a dominant mentality that promotes a short-sighted, myopic worldview that is largely concerned only with physical gains and material power. It is a mentality that promotes fear, defence and attack – rather than a welcoming, embracing vision.

Our societies do not consider human purpose and the deeper meaning of human existence. They drive us to live by working; to enjoy through distractions; and to eventually die with debt and taxes. The world is governed not by fairness or equity, but by a lopsided arrangement of elite power. Conferences of peace are based on compromise and not compassion. Trade is based on strength rather than collaboration. Power and politics are at war with the world and do so beyond the reach of accountability. There is a resurgence of the illegitimate, surging through black markets, offshores, and dark networks. Dark pathways will always emerge and grow in the places where the light is flickering without focus or intent.

Today’s so-called modern cultures are increasingly fragmented, or like liquid streams, that can no longer be accurately identified or navigated by the old signs, symbols, and meanings. Modern life has, to some degree, started to dissolve in order to re-assemble. This may indeed be a part of the needed cathartic process that humanity has to pass through before circumstances will improve. A feature of the current times is that new ways of thinking and behaviour have not yet fully materialized into the present order of things. That which now constitutes ‘daily life’ is void of the questions of metaphysical meaning. Any notion of the developmental, or the metaphysical, is deemed outside of daily life, and people are continually programmed against such deeper truths. In other words, we should not let anything that is ‘other’ – otherworldly or transcendental – replace the responsibility of our social daily grind.

Human societies often make political declarations to promote what they decide to be ‘social happiness.’ Yet political institutions have no genuine models for this, for the dominant political mindset is overruled by a form of psychosis. Social ‘happiness’ is whatever fits into the particular dominant belief system of the age. And as can be seen, this dominant belief, or narrative, has been hijacked by a collective psychosis that I have termed the wounded mind. It appears that as a collective society we have no lasting image of happiness. As a consequence, personal lives are in danger of becoming now less about actual experience and more about the data trails left behind. We have entered another struggle – another social fray – where the battle is between the transparency of our private, inner lives and our public identity.

These days people are being encouraged to expose their inner demons onto the public stage, especially online. The human shadow is wanting to come out and be revealed. According to Jung, the psychological ‘shadow’ is the underdeveloped and undesirable aspects of ourselves that we try to keep hidden away. And yet there are times when we are unable to hold it at bay, or unconsciously wish for it to manifest. Humanity possesses a tremendous imagination for doing good as well as evil, and this can be a finer line than is realized. As the aphorism states, the road to hell is paved with good intentions. Each person needs to exercise the capacity to detect and acknowledge those unconscious desires, feelings, and thoughts that exist within. American psychologist Rollo May once wrote – ‘Our age is one of transition, in which the normal channels for utilizing the daemonic are denied; and such ages tend to be times when the daemonic is expressed in its most destructive form’2

In short, we need to be extremely mindful in these times about what’s inside of us. Our minds – our thinking and consciousness – is a target and has been for a long time. In the last century this has become more evident, more public. We have become increasingly stuck in modern times within our stories around psychological need and a ‘loss of self.’ Perhaps what is needed is to acknowledge that some people are suffering from what is termed as ‘soul loss.’

People who experience ‘soul loss’ frequently have the feeling of being fragmented, not whole or completely ‘in’ themselves. They feel as if an essential part of them is missing. They may clinically be diagnosed as ‘dissociated.’ Depression is another symptom of soul loss. Soul loss can be associated with the traumas of modern life – fear, terror (warfare), incest or rape, domestic abuse. These are all the external stresses that modern life creates. Counselor and educator John Bradshaw uses the term toxic shame which he sees as a form of alienation from the self, causing it to be ‘otherated.’ In response, people may turn to external sources to fill this internal void.

Carl Jung also made a reference to soul loss in his psychological work. According to psychotherapist Robert Francis Johnson,

‘This loss of soul Jung speaks of is manifested in our culture by the crises we are all facing (increased drug use, violence, moral and emotional numbness) and our attempt to solve moral and spiritual questions by electing wounded leaders who promise economic answers.’3

It is interesting that Johnson refers to ‘wounded leaders’ here who seek our compliance through the language of greed (‘economic answers’). Similarly, prominent Jungian analyst Marie von Franz writes that

‘Soul loss can be observed today as a psychological phenomenon in the everyday lives of the human beings around us. Loss of soul appears in the form of a sudden onset of apathy and listlessness; the joy has gone out of life, initiative is crippled, one feels empty, everything seems pointless.’4

Is this not a description of what faces many people today? Apathy, listlessness, a feeling of a pointless, joyless life? There is clearly a toxic social problem, and we are clearly in need of a metaphysical response.

Where is the Metaphysical?

Any society or civilization that does not recognize the human as a developmental being will fall short in its accomplishments. We simply cannot allow ourselves to fall short – not in the long run, at least. Yet recognition of the human as a developmental being will not come from the world first; and definitely not from social-cultural-political institutions. It will first only come from the individual. And it is from here that genuine change must be nurtured. Now is a crucial time for managing our psychological, emotional, and physical states. We may be uncertain about the future, yet we have the technologies to radically transform our age into something unprecedented. We have both external technologies as well as what may be called ‘technologies of the soul.’ What we are, we transmit to others. We are compelled not only to be mindful, but crucially to be both sensible and soul-ful.

On a practical level, the number of people around the world who have been awoken by the current crises to seek greater inner development is not in the majority. It can be said that at present there exists a metaphysical malaise. Those people who aspire for inner self-development are still all too few. However, a majority was never needed. There is enough.

Humanity is now engaged in a profound moment along its species path. Whether it is recognized or not, we are each living and participating in a reality that exists upon profound metaphysical principles. That’s the bottom line. We can choose to participate in this metaphysical reality, consciously and willingly, or to drift through our lives unbeknown to the forces that impel us. Right now, it is about recognizing this choice, and whether to act upon it. It will not be easy, for all the obstacles that the psychosis-ridden governing systems will throw at us. And yet it must be a force of unwavering inner commitment and genuine self-trust. Each person must choose their freedom from within. The real site of freedom can only be within the inner self – and it is to this we must place our trust.