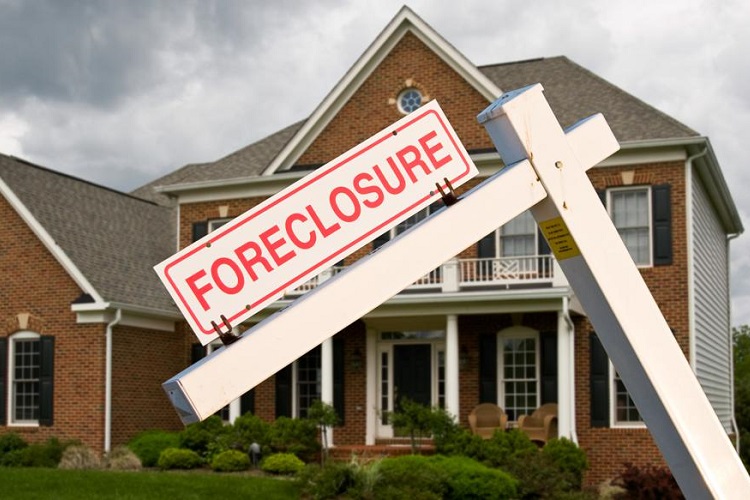 Oakland County, MI — In the land of the free, even if you fully pay off your home loan to the bank, your property is never truly yours. Through property tax, states from coast to coast continue to charge you for land that you own. As the following case illustrates, even if you accidentally forget to pay a tiny portion of these taxes to the state, they can and will steal your home right out from under you. Elderly retirees are no exception to the tyranny of taxation and state-sponsored theft.

Uri Rafaeli is an 83-year-old retired engineer in Michigan learned the hard way just how thieving and corrupt government can be. As TFTP reported, Rafaeli’s home was stolen from him by Oakland County officials who promptly auctioned it off and kept the $24,000 profit they made from the sale. The state claims to be justified in their theft of Rafaeli’s home because he under paid his tax bill by just $8.41. However, constitutional experts, and the Michigan Supreme Court disagree.

Earlier this month, in a unanimous decision, the Michigan Supreme Court found the action to be an “unconstitutional taking without just compensation” under the state constitution.

The property theft was so egregious that now several officials in Michigan County are investigating the Treasurer for this ridiculous practice which has put the taxpayers at risk for serious legal action.

“It appears your actions as Treasurer to foreclose on an Oakland County retiree’s property for $8.41 has exposed the county to serious risk,” said a July 21 letter to Meisner signed by board Chairman David Woodward and commissioners Mike Gingell and Helen Zack, according to the Detroit News.

While Rafaeli’s case is certainly shocking, it is hardly unique. According to reports, more than 100,000 homeowners in the state have fallen victim to an aggressive property tax law that legislators in Lansing passed two decades ago.

This move by officials is certainly a 180 considering they were in full support of stealing homes before the supreme court weighed in and found it unconstitutional.

Despite heavy backlash from the media and citizens alike, while arguing this case before the Michigan Supreme Court in November, Oakland County said there is nothing wrong with their actions — because they need the money. As Reason Magazine pointed out:

That telling moment came in the midst of a back-and-forth between Justice Richard Bernstein and John Bursch, the attorney representing Oakland County. In trying to defend the county’s right to seize the full value of Rafaeli’s property over a minuscule debt, Bursch had argued that it was impossible for local governments to compensate all homeowners who had been caught in similar circumstances. The price tag, he estimated, would be more than $2 billion statewide.

“A ruling for the plaintiffs will ruin local governments,” warned Bursch. “That will come right out of schools, roads, firefighters, and other basic services.”

However, Rafaeli’s attorney Bernstein called their bluff, pointing out the ridiculous nature of having to steal the homes of elderly retirees to be able to fund the state.

“The interpretation you gave was very dramatic: that this is going to end schools, and the counties are going to crumble, and society is just going to implode,” said Bernstein, interrupting Bursch. “You have a situation where a person owed $8 and lost their house. I mean, how is that equitable?”

Essentially, the city is claiming that if they do not steal homes from elderly retirees over unpaid $8 tax bills, the children will suffer and the city will descend into utter chaos.

“It may sound unfair on its face,” Bursch replied. “But it’s also unfair to force those who pay their taxes to subsidize those who don’t.”

Bernstein was quick to bring up the fact that this tax bill was under paid by a minuscule amount. “It was $8,” he said. “Couldn’t it be a mistake?”

That’s when Bursch made a massive admission.

“The counties don’t want the property,” argued Bursch as to why they stole the elderly man’s home. “They want the money.”

And just like that, Bursch admitted before the state supreme court that government couldn’t care less about elderly men losing their homes, “they want the money.”

Bursch continued, and oddly went on to describe the government as a caring but stern parent in this situation.

“It’s the same as when I tell my kids: ‘If you don’t pick up your stuff, it’s mine,’” Bursch argued. “They can’t complain when I then take their stuff and claim that I took their equity in that property.”

Luckily, the supreme court didn’t side with the thieving bureaucrats and instead chose the side of the constitution.

According to the Pacific Legal Foundation who represented Rafaeli, what the government is doing is clearly unconstitutional and there is no basis for this theft which totals in the hundreds of millions and something has to change.

Government can impose taxes, and even impose reasonable interest and costs—like the $275 in penalties, interest, and costs tacked onto Rafaeli’s debt. But government cannot transform private property—Rafaeli’s home equity that exceeded the $285 total debt—into public property without paying for it.

It doesn’t matter that Michigan’s property tax statutes fail to recognize a property owner’s right to their home equity. The right is as unalienable as it is self-evident. It existed before the state of Michigan and remains even when government officials violate the right.

“Failure to pay your property taxes doesn’t give the government license to take everything from you,” says Christina Martin, the attorney with PLF who represented the elderly man and other landowners in front of the state Supreme Court. “If they could do that, then they could take your car if you pay a parking ticket late.”

As Fox reports, Oakland County officials – and those in other counties across Michigan – are now worried that the high court’s ruling will open the floodgates for litigation as former homeowners whose properties were seized look to get the money from the sale of their seized homes.

It very well should.