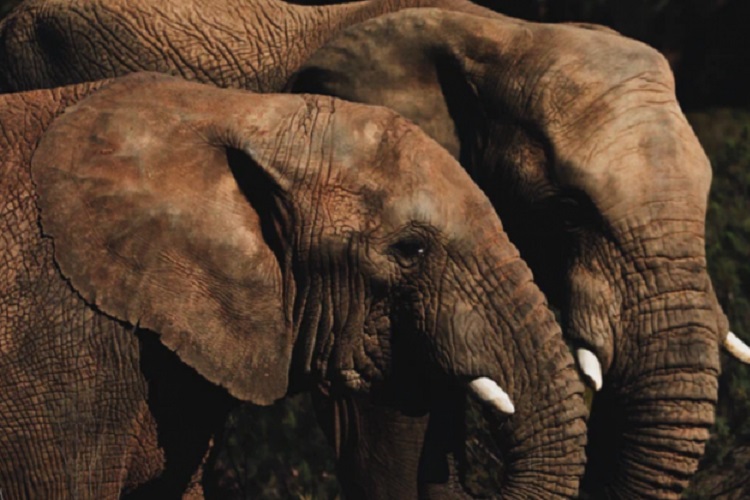 As the coronavirus pandemic continues to grind on, endangering human lives and inflicting massive losses on the economy, many parts of the world are getting ready to enter their third month of lockdown.

However, the crisis being experienced by society continues to have a silver lining when it comes to wildlife and ecology – especially at a popular national park in Thailand, which been reclaimed by wild elephants.

The Khao Yai National Park is typically bustling with massive crowds of tourists. But as a result of over two months of restrictions on travel and tourism – unprecedented since the park opened nearly 60 years ago – the Southeast Asian animal sanctuary is enjoying a renaissance, with the park’s elephants enjoying the benefits of an absence of humans.

The New York Times reports that the park’s elephants have been able to enjoy a number of locations in the park that had been developed and thus off-limits for several years. However, with the pandemic continuing to prevent tourists from visiting – and thus packing the area with jeeps and crowds – the park’s 300 or so elephants have been free to roam cement-paved parts of the park that had prevented their access to the river.

Khao Yai was established in 1962 as Thailand’s first national park, and spans over 775 square miles (2,000 square km) of rainforest, evergreen forest, and grassland. In addition to the hundreds of elephant residents, the park is also home to wild animals such as gibbons, pig-tailed macaques, porcupines, civets, numerous bear species. Around 445 species of birds and 85 species of reptile also reside in the national park, according to Thai National Parks.

The park was the site of tragedy last October when a large number of elephants fell to their deaths as they each attempted to rescue a baby elephant that slipped and fell from the edge of a waterfall known as Haew Narok, or “Hell’s Fall.”

While initial reports focused on the on the six dead elephants that were found at the site, officials later found that eleven elephants had died – including the three-year-old baby elephant calf whose drowning compelled the other members of the herd to jump into the “Ravine of Hell.”

In 1992, a herd of eight elephants died also after falling from the waterfall.

Prominent conservationist Kemthong Morat launched a hunger strike to bring attention to the threat to elephants posed by the development of the lush region. The Thai activist told The Times:

“The deaths of the 11 elephants were preventable and the mismanagement by the park was preventable.

“They seem to forget that the national park’s purpose is for research and conservation. Khao Yai’s big tourism revenues made them forget the main purpose of the park.”

However, the current respite has been obvious to the park’s workers. On the official Khao Yai Facebook page, posts have celebrated otters returning to sunbathe in the river while chipmunk pups can be seen jumping through tree branches. Local endemic species such as the serow and dhole can also be seen scampering through the park’s lush meadows.

Posted by อุทยานแห่งชาติเขาใหญ่ – Khao Yai National Park on Sunday, May 31, 2020

Meanwhile, elephants have been free to dine on foliage and stroll through the roads without having to flee to dangerous cliffsides in fear of fast-moving vehicles and loud, thronging tourist crowds.

And with wildlife enjoying this apparent resurgence, national park veterinarian Chananya believes that the lockdown’s effects should be an eye-opener for authorities.

“We should consider if we should close down the park every year. Nature can restore itself to its fullest,” she said.