New Data Says Universe Is Flat, Which Could Be Even Weirder Than It Sounds 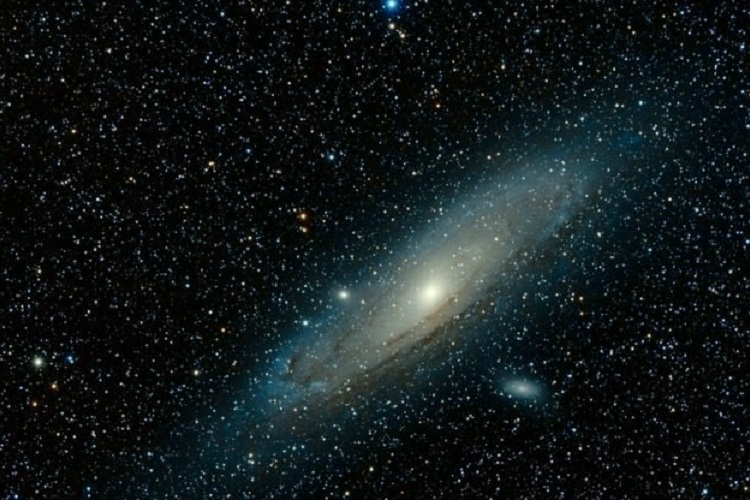 The shape of the universe is hard to get one’s head around, not only as a theoretical concept but as a mathematical one, yet it remains as one of the most important unanswered questions in physics. Determining the geometry of the universe, many scientists believe, will be fundamental to solving the mysteries of the cosmos.

New measurements of dark energy and cosmic expansion collected by a team of astronomers at the University of Portsmouth constitute the most precise data yet in this intellectual quest. This recently published data suggests the universe is spatially flat – not shaped like a bubble.

The team used a new method combining the study of cosmic voids (immense bubbles of space containing only a few galaxies) and relics of sound from the very early Universe, which scientists refer to as baryon acoustic oscillations (BAO). Previously, scientists attempting to chart cosmic expansion and dark energy used distant supernovae as beacons of measurement in the unfathomable depths of space.

The new method, helmed by the Sloan Digital Sky Survey for over a decade, gathered data from over a million galaxies and quasars. The results seemingly accomplished two interrelated theoretical hurdles: 1) disconfirmed measurements of the cosmic microwave background (CMB) by the Planck satellite, which suggested a bubble-like spherical universe, and 2) confirmed the (Hubble) model of a cosmological constant dark energy, which suggests a flat universe.

Additionally, the fresh data will likely help write a new chapter in our understanding of the evolution of dark energy and its effect on the universe.

“This result shows the power of galaxy surveys to pin down the amount of dark energy and how it evolved over the last billion years,” wrote Portsmouth cosmologist Seshadri Nadathur in a press release. “We’re making really precise measurements now and the data is going to get even better with new surveys coming online very soon.”

It should be noted that a “flat” universe doesn’t mean what your mind might visually conjure. Of the ten or more suggested shapes of the universe over the decades, they belong to three major geometric categories: flat, round, and hyperbolic. So “flat” is actually an umbrella term that could refer to a number of different topologies, including the “torus.”

In other words, even if our universe is flat, that doesn’t rule out it being bent into an involutional, hyperdynamic, donut-like shape known as the torus.

The question of whether the universe is spatially flat or round is one of the most contested questions in physics, right up there with whether the cosmos are “open” or “closed”. Eerily, some cosmologists say if recent measurements confirm that the universe is both flat AND “closed,” this would raise the prospect of physical reality wrapping around itself in an infinite loop.

But that’s for another day and another cup of coffee.