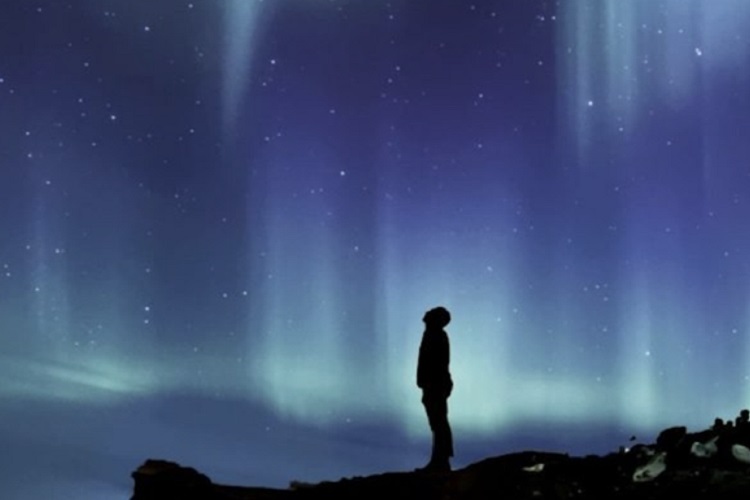 Seen from a metaphysical perspective, it is not “unexplainable.”

I wrote in some of the Wuhan posts two key things:

When there’s this density of fear, which is of the likes that we haven’t seen before, something’s got to give, and I did a few arguments as to how this could impact the planet we all share and how the planet/Gaia would counteract.

This is what is happening now on a metaphysical level:

We are, each and every one of us, electromagnetic fields. It is the way our body communicates via the nervous systems that we have: Physical, Emotional, Intellectual, and Spiritual, to mention the most obvious.

We each have a unique electromagnetic signature. That is also why we can connect with each other over long distances, which, as an example, is the basis for remote healings, telepathy, and so on.

We live in an electromagnetic world and Universe.

Cell phones have electromagnetic fields also, as you know, and many are concerned about the impact on the human psyche of cell towers. We clash with or have an electromagnetic field imposed on us that is destructive to ours, animals, and most of nature. Same thing is going on in Earth’s Magnetic field, just on a somehow different agenda.

We know it is very healing to take a walk in the Forest or by the Sea.
By the sea, and it’s a fact in even science, our electromagnetic field gets a flush of positive ions and we feel like we are revitalized, which we are. A similar thing happens in a forest, but it is somehow a bit different, since trees absorb what we refer to as negative energy and the response of trees and nature is that they allow us to tap into their magnetic fields.

We refer to part of our electromagnetic field as the Aura. The Aura is also protective, a shield that bounces some unwanted electromagnetic disturbances as well as it connects and assimilates the positive electromagnetic influxes we experience, as connecting to the Celestial, to mention the most important. We often say it goes to our Hearts and it does, but it has to go through the Aura, our protective field to get there.

Same dynamic in electromagnetic hotspots. We call them Power Places and we align to an electromagnetic field, which has a pulse, a fabric of higher energy, and we feel elevated. Some are seen as portals to either Space or higher Consciousness. Some places are known as ghoul infested, negative hotspots – same dynamics.

We know that Gaia is not a cold, dead planet. We know that Gaia is a living and breathing entity – some use the phrase: A Planetary being. She is and She has an Aura, like we do – we are Her guests. That Aura is multi-layered as ours is, but Her outer layer is Her magnetic field. The last frontier.

Whether we know it or not – we are aligned to that field, but it doesn’t go one way – it is a loop – that pulses

As above, so below. Which brings me to: As below so above, in this particular case.

In an early Wuhan post, I predicted that what we are seeing now is so much more powerful.

It involves 6 billion people being scared out of their wits and that is to an enemy you cannot see. A virus, which triggers the fear reflex in a majority of people that has now been hammered with that fear every day via the Main Stream Media and some Alternative Media – who would like to cash in on the global fear.

That fear has expanded. It’s no longer just the Virus – it’s also people’s livelihood, they made a scheme that is now clear for all to see – that targets practical survival.

I wrote in a prediction that this would make the crisis in 2008/09 look like a minor inconvenience. So it will and it’s unfolding every day.

Fear lowers our frequencies, which impacts our whole being – the totality of our beings. 2020 on all cylinders.

When we give into fear, we drop in frequency and that energetic drop, simultaneously impacts the magnetic frequency of Gaia and Her fields, which is as mentioned also her Magnetic Field. She has many others as we have, but this is the important thing: It is a loop, and Gaia responds to that low frequency influx, or “upflux” would be more appropriate, so She responds accordingly within the framework of Metaphysical dynamics.

We have all this fear floating into Space, much like radio waves from the early days of radio and it has to go through the Magnetic Field in order to continue its journey.

We know we are impacted by Space events, Celestial events – so is Space impacted by our mundane event, and so with the Celestial as The God Force is by our connection and alignment to it.

Just like we do. If we meet a person that is low key, fearful – we register that right away. If we don’t register it consciously, our electromagnetic field does and some have to wait a bit before it becomes a clear thought. If the same person were very high frequency, happy, joyful, playful the last time we met that person, most would be onto it as a conscious thought right away.

Which means that we must guard our energy, not to have it go into the frequency that our friend is transmitting. By not doing that, we can lift the person up either by a talk or actions and our friend will tap into that higher frequency.

Our biggest antenna for that is actually our intuition.

By the magnitude of this fear, which is electromagnetic, Gaia goes into Critical Mass and gets impacted, unable to heal our condition and Her own, it will take a minute. Gaia is this world and Gaia in Herself as a whole is built on quantum physics as we are (everything is a vibrating field of quantum energy), the “unexplainable” becomes explainable.

Since science doesn’t agree on this loop and the interaction between all living and “presumable dead” stuff, we have to lean on Metaphysical Dynamics in order to understand what is going on. And as history shows, Metaphysical Dynamics has always been several steps ahead of established science.

The Rishis of India, The Mystic of Europe, and Buddhist meditation practices have for thousands of years seen the Quantum Field and not so long ago science did too. Good.

In the prior Wuhan post, I was hoping for a Carrington Event  to take their control grid down.

This “anomaly” could be the answer to our prayers. They didn’t see this one coming and they feel scared of it and threatened by it.

Well, Instant Karma, somebody should send that Lady a fine bouquet of flowers.

This article (The Magnetic Field Anomaly – A Metaphysical Perspective) was originally created and published by Soren Dreier and is re-posted here with permission.  © 2020 Soren Dreier