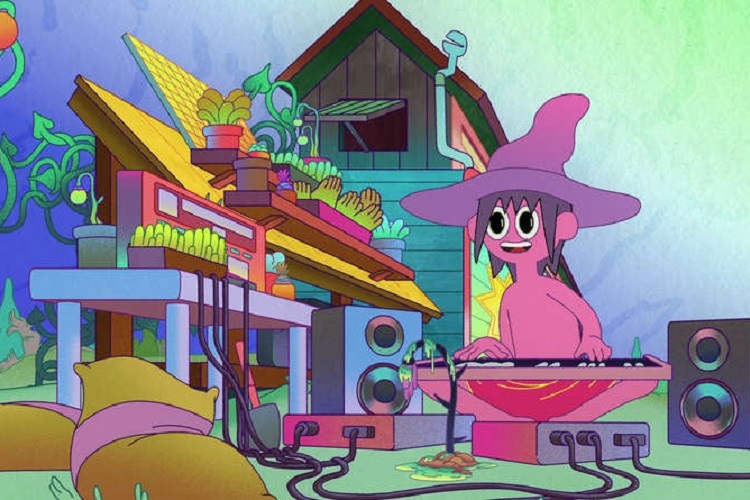 The Midnight Gospel, one of the newest animated series on Netflix, has been compared to shows like Adventure Time and Rick and Morty, but it is truly a one of a kind experience. It is not a traditional animated series as many would expect, but instead, it is a talk show format with psychedelic background animations that tell their own stories, which are somewhat separate to the conversations being had by the characters.

The show follows the alien-like character Clancey, who is a sort of intergalactic podcaster in the future. In a very “meta” style, each episode follows Clancey as he creates content and interviews for his audience, which he later uploads to the internet at the end of his adventures.

Comedian Duncan Trussell and animator Pendleton Ward are behind the new series, with Trussell acting as the voice of Clancey. His discussions with a variety of different guests get very deep and interesting, while the strange psychedelic animations are blended into the discussion surprisingly well.

The show has gotten great reviews and has been keeping many people entertained while they are quarantined in their homes. However, this show is much different than many of the others that you can find on streaming services, so it is good to have the right expectations when going into the experience.

This is not a show with a complex plot like you will find with something like Rick and Morty, which the series has been compared to, so if you are in the mood for something like that, The Midnight Gospel may not be the right choice for you, but it’s still worth checking out because it is such a one of a kind show. If you are a fan of Duncan Trussel’s podcast, or his appearances on the Joe Rogan experience, then you will surely love The Midnight Gospel.

If you're a fan of Finn and Jake from Adventure Time, meet Clancy! He's a space-caster on a quest to explore life, death and everything in between. The Midnight Gospel premieres on April 20.