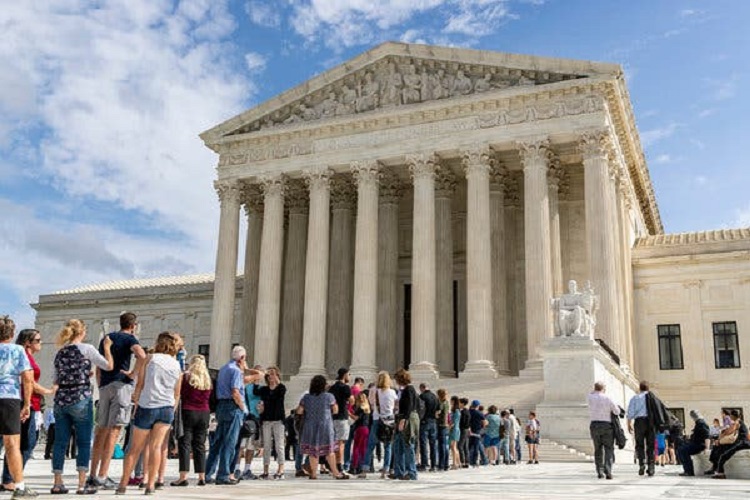 WA Governor Jay Inslee has announced that any citizen of the state who refuses to be tested for COVID-19 will be locked down at home—not even permitted to go out and buy groceries.

Zero Hedge: “As the press conference went on, one question kept coming up – what about enforcement? How will you ensure Washington State residents comply and what if they don’t?”

REPORTER: “When it comes to contact tracing, how are you guys going to handle people or families who want to refuse to test or to self isolate?…If they want to leave their home to get groceries I know you’ve said they can’t do that; how will you make sure they don’t?“

GOVERNOR JAY INSLEE: “We will have attached to the families a family support person who will check in with them to see what they need on a daily basis…and help them. If they can’t get a friend to do their grocery shopping, we will help get them groceries in some fashion. If they need pharmaceuticals to be picked up, we will make sure they get their pharmaceuticals…That’s going to help encourage them to maintain their isolation too.”

The first thing to know about Governor Jay Inslee: under President Bill Clinton, he served as a regional director for the US Dept. of Health and Human Services. HHS is in charge of the CDC.

Inslee is, therefore, actually a PUBLIC HEALTH OFFICIAL. That means, as governor of WA, he’s already on the team of Fauci and Birx clones who have staged state coups and are usurping and destroying human rights, including the right to make a living.

When Inslee ran for a seat in the US Congress, in 2009-10, among his largest campaign donors were pharma companies.

Then there is Inslee’s connection to Bill Gates, the dark prince of lockdowns, the man who wants to keep the global population in chains until his COVID vaccine arrives.

A clinical trial of a COVID vaccine has begun in Seattle.

During his election campaigns covering 2011-12, Inslee’s top donor was Microsoft (employees and families).

Hey, Inslee. I refused the test. I’m imprisoned at home. Pick me up a tub of peanut butter. The smooth, not the chunky. If they’re out of toilet paper, I know a liquor store on the other side of the state that has a stash in a warehouse. Call me on a secure line and I’ll give you the name of the place. They’re trafficking rolls of double-ply. On the street, people call it Microsoft.

Until Trump’s military troops arrive on the scene: “Hi, I’m a family support person assigned to you. I understand you’ve declined the PCR test. Your doctor told us he recommends a daily dose of Thorazine. We can bring that to you, along with your groceries. Pay no attention to my holstered weapon. It’s really just for show. I’m trying to supplement my income with this gig during the crisis. My husband, who works for Microsoft, has a magnified sensitivity to all germs. He’s living in an underground bunker on our property. He won’t come out. He won’t work. He keeps talking about AVOIDING THE FILTH. He’s very clean. He showers four times a day. He does a colon detox every Sunday. His diet is basically tubers and roots. He has them shipped in from some island in the Pacific. All day along, I can hear him chanting through the floor boards, I’M GREEN, I’M GREEN, I’M GREEN. It drives me a little crazy. I had to get out of the house. I’m a recovering alcoholic. Are you in a support group? People need to talk to each other about their reactions to the pandemic. I’m here to listen. We moved out here three years ago from New York. My mother advised us to make a new start. But now she’s living with us. She has the upstairs loft. She complains about my cooking, but she won’t lift a finger to help. I can’t just throw her out on the street. Do you have an extra room for her? To make ends meet, I deal a little weed. Top-flight organic. Non-GMO. Maybe we could work out an exchange…”

Bill Gates; Microsoft; Seattle; Jay Inslee; must comply with testing and self-isolation; nothing to see here, move along…

You good citizens of the state of Washington have no worries. You’re in good hands. Jay will take care of you. When the vaccine comes, between Trump and Jay, lots of trained people will be ready to shove the needle in your arms. In the sky over Seattle, a vast hologram of Bill Gates’ smiling face will appear.

Your own very special homey.

“Did you see that, Doctor? He got the vaccination and fell over, face down. It’s amazing.”

“Yes, Nurse, the COVID-19 virus attacked him at the exact instant he took the shot. I’ve seen this kind of thing happen before. Ultimately, it’s all genetic. That’s the only thing you need to understand.”

“Yes. Help me move this body into the closet. Then load up the syringe and tell the corporal to bring the next patient in.”